Developers likely know all too well the struggle of having to create and maintain a consistent experience between mobile, desktop and web apps. Flutter has already bridged the gap between Android and iOS development, but now Flutter is expanding to the web, desktop and more, growing closer to the “write once, run anywhere” dream.

Thus far, we’ve known of Flutter as Google’s cross-platform framework for creating mobile apps that look and act the same between Android and iOS (and Fuchsia). Last year, at the first Flutter Live event, Google gave us an early preview of their “Hummingbird” project to move Flutter beyond mobile and onto the web.

At I/O 2019, Google is trying to buck the mindset that Flutter is only for “mobile” apps. Instead, Google wants Flutter to be thought of as a “portable UI toolkit,” enabling companies and developers to only have to write one app, rather than one app for each platform. To do this, the Flutter team is ambitiously targeting the web, desktop, and embedded platforms like Raspberry Pi.

Before today’s event, I was given the opportunity to try out a small handful of Flutter for web apps on my own devices. The first thing I noticed was how quickly each of the apps was able to load, almost surprisingly so for its still-early state. This is possible because the Flutter code (written in Dart) is compiled to web technologies like JavaScript. Thus to the browser, it’s just like loading a native web app.

Another impressive aspect of Flutter for web was how smooth the animations were in apps like the slide puzzle we saw in the original Hummingbird demo. Whether running on the 4K Lenovo Yoga Chromebook or the Pixel 3, the Flutter for web demos showed no signs of slowdowns.

Starting today, a technical preview of Flutter for web is available for developers to start testing their Flutter apps on the web. 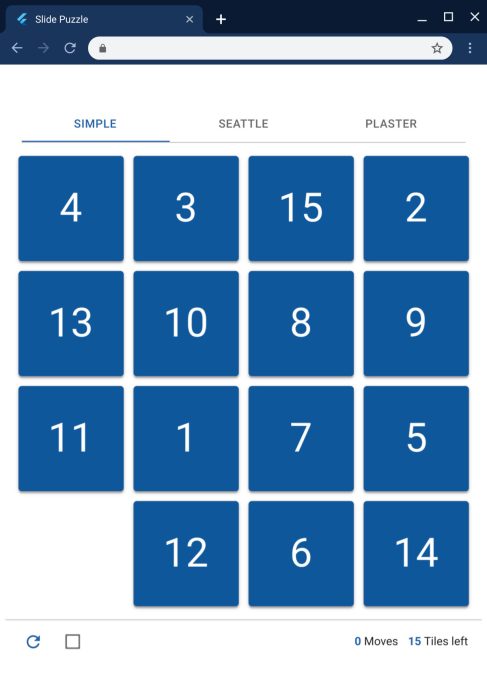 On the desktop front, Flutter’s progress has been two-fold. Flutter apps already ran well on Chromebooks, thanks to Chrome OS’s solid support for Android apps, but the team has been slowly improving their keyboard and mouse support in the last few months. These efforts have also carried over to their work preparing Flutter apps to be run on Windows, Mac, and Linux computers.

Finally, Google has been working to make Flutter apps possible on nearly any device through Flutter Embedded. This brings the same Flutter app development experience to “scenarios including home, automotive and beyond.” We’ve already seen this Flutter embedded for a number of months without realizing it, as it powers some of the Google Assistant Smart Display experience.

Clearly, Google is trying to make Flutter the best way to create apps of every kind. Whether your app is for Android, iOS, Chrome OS, Windows, Web, IoT or all of the above doesn’t matter anymore, and that’s astounding.