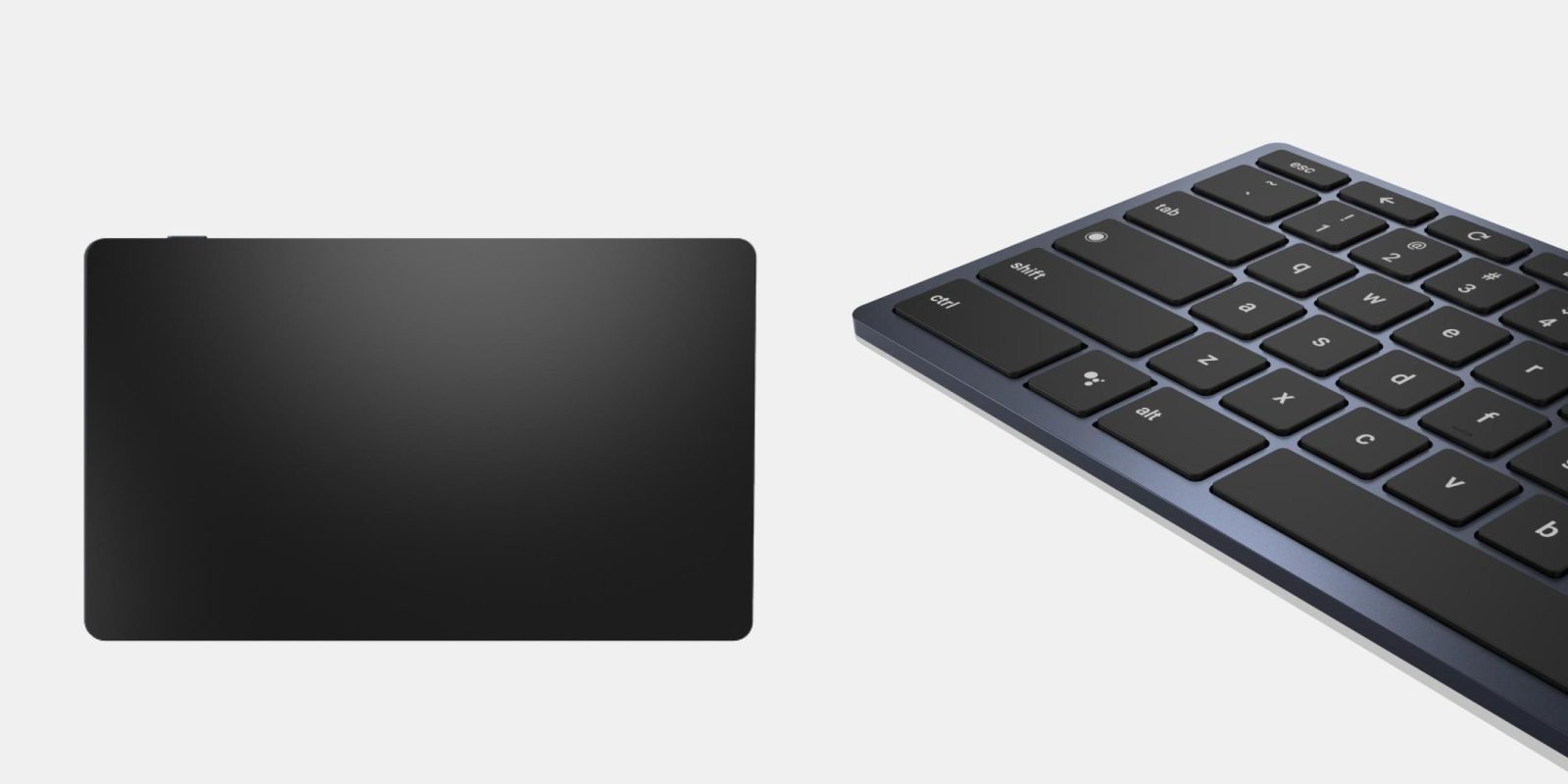 A month before the Pixel Slate was officially unveiled, Brydge accidentally revealed third-party accessories for the Made by Google tablet. While the G-Type is already available, one device that leaked was not introduced until CES 2019. Brydge this week announced “the first ever dedicated desktop keyboard & touchpad for Chrome OS.”

This “Wireless Desktop Keyboard” — as it’s officially referred to — leaked with the codename “Goanna” in October. Matching the Pixel Slate’s Midnight Blue color, it features dedicated Chrome OS function keys with a back button, refresh, fullscreen, and multitask. Other controls include screen brightness, play/pause, volume, as well as the menu button.

Volume up and menu appear to double as Bluetooth and power, respectively. Battery life is touted at six months over Bluetooth 4.1, but there is also a USB-C port on the back for what Brydge calls “dual connectivity.”

Meanwhile, next to ctrl in the bottom-left corner is a Google Assistant key. The keyboard’s body is made from aluminum and slightly slanted towards the user for ergonomics. It will be available in US and UK English layouts, as well as German.

Alongside this keyboard, Brydge also unveiled a “Wireless Desktop Touchpad” that features a matching aluminum body. The surface is made of glass for smooth swiping, with multi-touch gesture support similar to other Chromebooks. It is 5.5-inches wide and 3.3-inches tall, with Bluetooth 4.2 and USB-C connectivity present. Battery life is also rated at 6-months.

Both Chrome OS accessories will be shipping in “late spring” for $99 each, with pre-orders beginning in “early spring.” Interested buyers can sign-up to stay informed about availability.

Chrome OS keyboards are few and far between, with the only other recent accessory made by Belkin. Released last June, it’s aimed at Chromebook tablets and specifically the education market. The Brydge accessories also come in the midst of a new Chromebase all-in-one spotted in development.