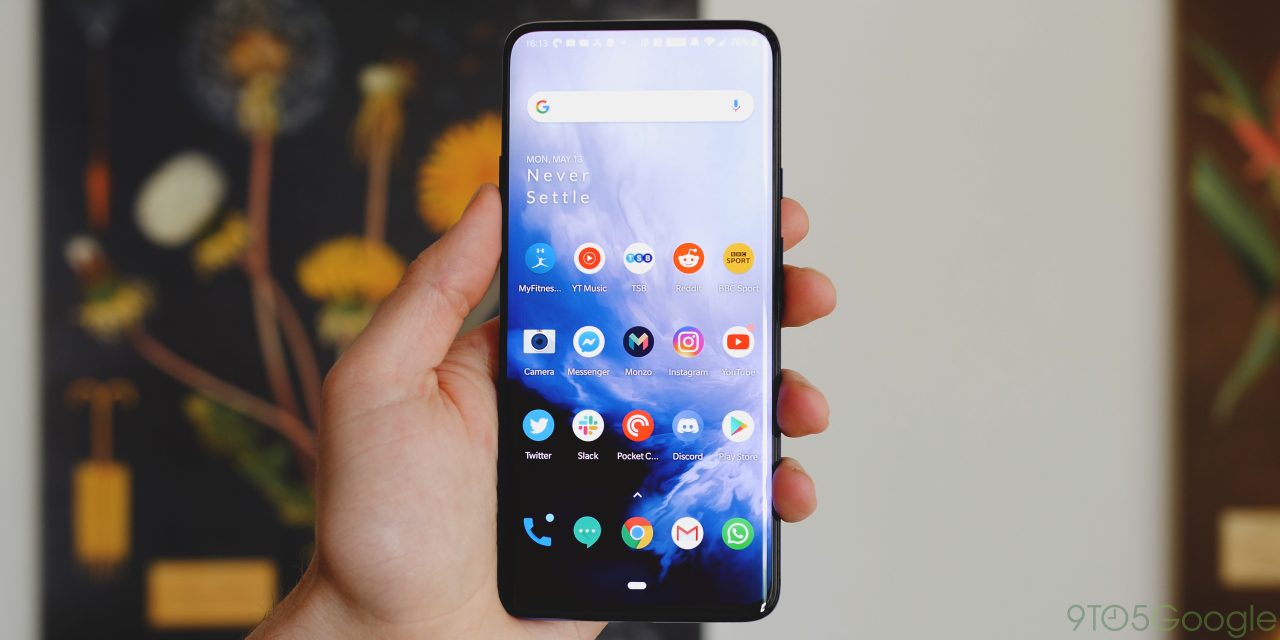 The OnePlus 7 Pro has been officially unveiled today, and been placed in the hands of many skilled reviewers, including our own Damien Wilde. While the rest of us will have to wait until May 17th to get our hands on the OnePlus 7 Pro, we can make the most of the device’s collection of wallpapers on our own phones.

The folks at XDA-Developers have kindly dumped all of the wallpapers that OnePlus 7 Pro users will be able to look forward to later this month, for a total of twelve new wallpapers to choose from.

OnePlus is also doubling down on their partnership with Fnatic by including a handful of wallpapers featuring the team’s logo in varying aesthetics that gamers should appreciate. For the rest of us, among the OnePlus 7 Pro wallpapers, you’ll see plenty in the usual abstract style seen on previous OnePlus phones.

Beyond these traditional wallpapers, there’s also the potential to use the phone’s live wallpapers, which XDA has provided as an APK (which may or may not install on your device). If the APK doesn’t install, the live wallpapers are also available as video files, which some third-party apps can turn into a proper live wallpaper.

You can preview a few of the wallpapers below, and download them in full resolution from XDA or mirrored on Google Drive.