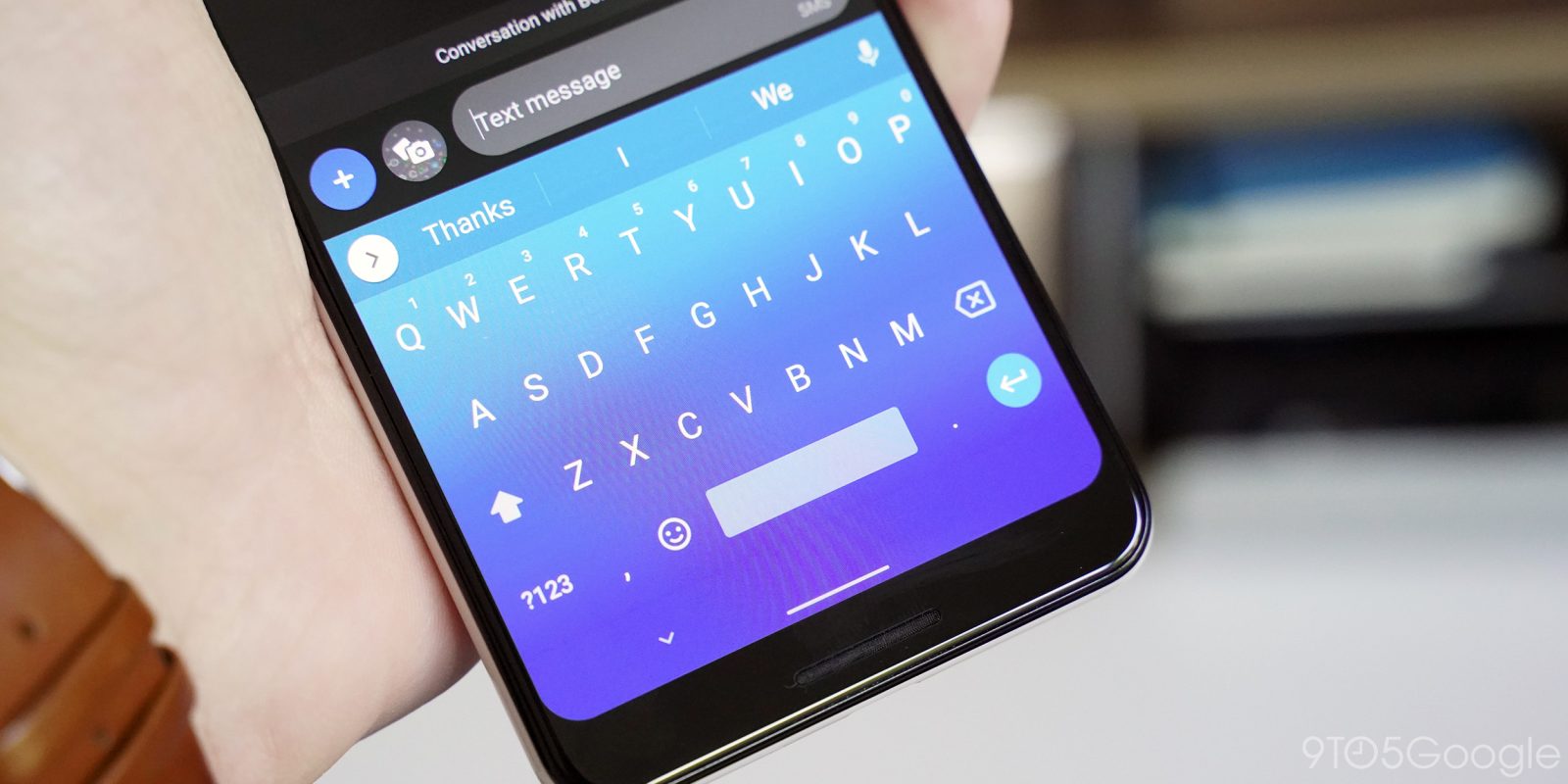 Over the past couple of years, Google has built out Gboard to be one of the best keyboard options on Android, and iOS too. Now, Gboard for Android appears to be adding support for a dynamic navigation bar that matches the theme of the keyboard itself.

Noted over the past day or so by tipsters as well as a thread over on Reddit, it looks like a server-side update is bringing support for this new feature. Live for some on Gboard v8.2.9 and v8.2.10, the navigation bar in Gboard has gone dynamic. Instead of just sticking with the same black or white color, Gboard reflects in the navigation bar whatever theme is on the rest of the keyboard.

This includes everything from static colors to gradients, and it’s a nice upgrade visually. It’s important to note, however, that the color matching is limited. If you’re using a picture as your keyboard background, for example, the navigation bar will either pick a primary color from the image or revert to black. For gradients, the navigation bar color reflects the lowest color in that Gboard theme.

Unlike a lot of Google server-side rollouts, this one seems to be a device-by-device rollout. Personally, I’ve got a device on Android Q which has the feature live, while another Android Pie device on the same version and account doesn’t support it just yet.

Google has actually been testing this feature since July of last year, but it seems that it is finally rolling out on a wider basis right now.

It’s also worth noting that on Android Q, this change is also reflected in the padding area when using Fully Gestural Navigation. Notably, we didn’t see this as the case earlier this month. Also, the Play Store changelog for this update mentions support for new emojis on Android Q, something that was first confirmed last week.

Gboard’s dynamic navigation bar works on most themes, but not pictures