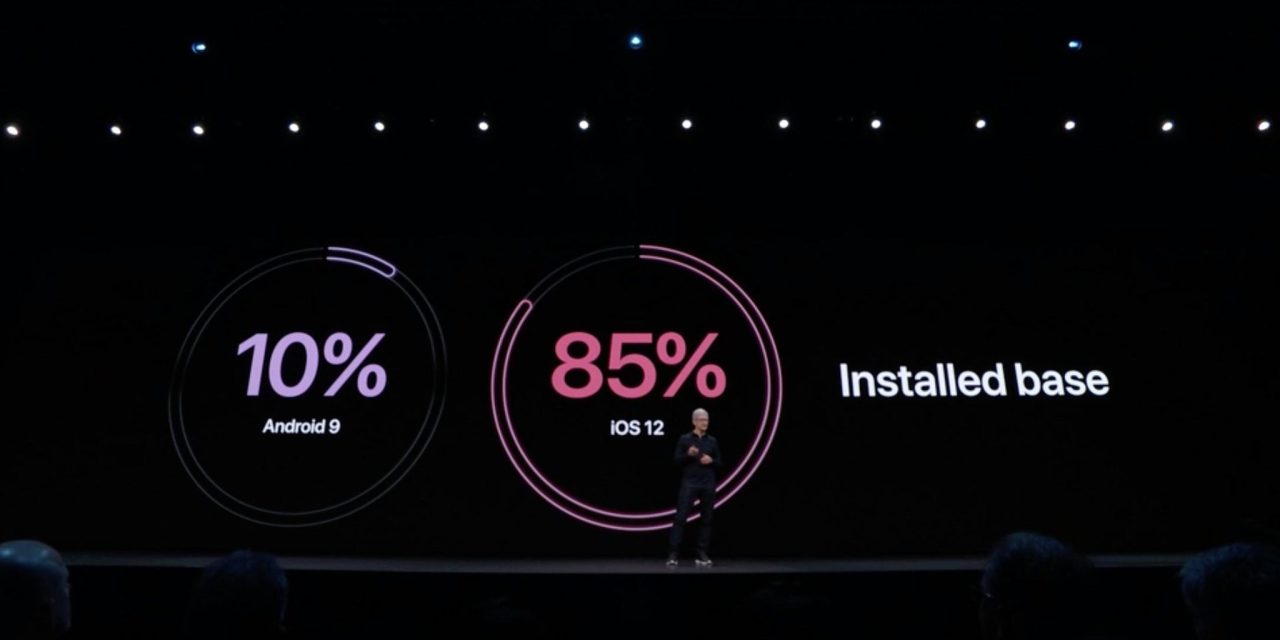 Apple at WWDC 2019 announced the next major version of its mobile operating system with iOS 13. But before that, Tim Cook took the opportunity to deliver Apple’s usual critique at the Android update situation.

The Apple CEO started by pointing out that iOS 12 is currently on 85% of devices. But as is now customary, Cook highlighted that Android 9 Pie is only installed on 10% of Google’s phones and tablets. That Android distribution figure was published by Google earlier last month for Play Store developers.

Released at I/O 2019, it came after a six month “under maintenance” period where Google did not provide public figures. Of course, data is always available for developers in their own logs

This long-running burn is quite a staple for Apple and is a partially valid critique of the OS landscape. The Android model of multiple OEMs, significantly more types of devices, and carrier approvals slows down the update time.

However, the company has long been updating the underlying parts and introducing new features within Android through Google Play Services. With Android Q later this year, Project Mainline and APEX modules will allow Google to directly update even more core services just like regular app updates.