[Update: Availability] The LG Stylo 5 comes to the US as a Cricket Wireless exclusive 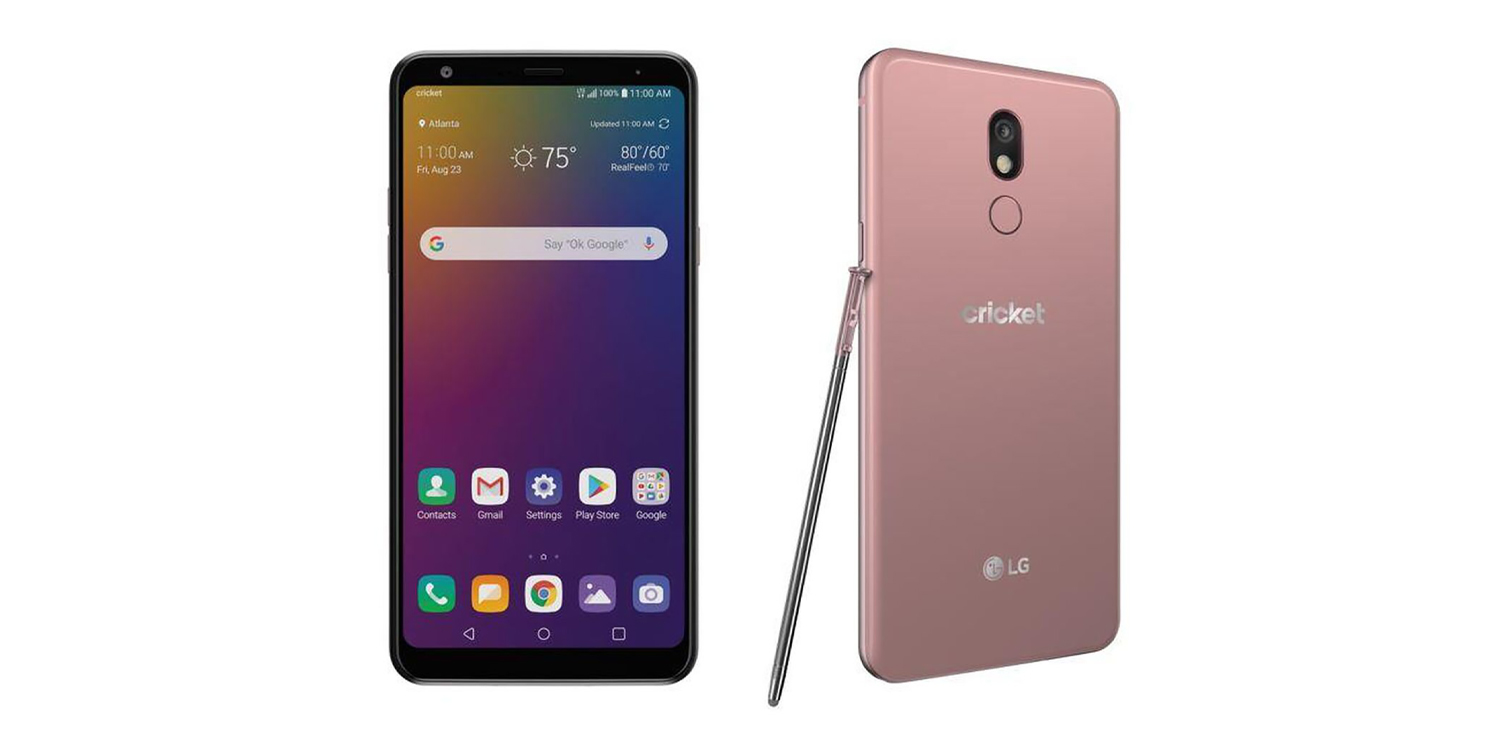 LG’s latest release, the LG Stylo 5 is now available in the US with certain colors available as carrier exlusives.

We saw just a few short days ago that LG was unleashing a few budget devices exclusively on the Indian market, well the LG Stylo 5 looks to be an almost US equivalent.

Officially confirmed by Cricket, the Stylo 5 has pretty mediocre specs for the price. It has a 6.2-inch FHD+ display at 1080 x 2160 pixels, includes an unknown octa-core CPU clocked at 1.8GHz, 3GB of RAM, and 32GB of microSD expandable storage. The battery measures in at 3,500mAh and there is even room for a headphone port.

[Update]: Initially we believed that the LG Stylo 5 would be a Cricket Wireless exclusive, it turns out that this, in fact, isn’t the case. The blonde rose color will be a Cricket exclusive, with the other options also being available from Boost Mobile.

At the back, you’ll find a physical fingerprint reader and a single camera system. The rear camera sensor is 13-megapixel and around front, the selfie camera is in the ultra-wide flavor at 5-megapixels.

One extra inclusion that might be of interest is the in-body stylus. This fits into the LG Stylo 5 body in a snug fashion like the S Pen on Galaxy Note devices. This does allow for note taking and more thanks to a number of software inclusions including Screen-off Memo, Draw Chat, and Pop Lens.

With LG being so bad at updating devices, it might please you to hear that the Stylo 5 will come with Android Pie right out of the box. Could the device see Android Q in the near future? We’d be very surprised if it happens before the end of 2019 given LG’s track record.

The handset will come in two distinct colors: platinum gray and blonde rose. Starting at $229.99 with a prepaid plan of $30 per month, this is not exactly the cheapest ‘budget’ phone on the market but it’s compelling enough to warrant at least taking a look at.