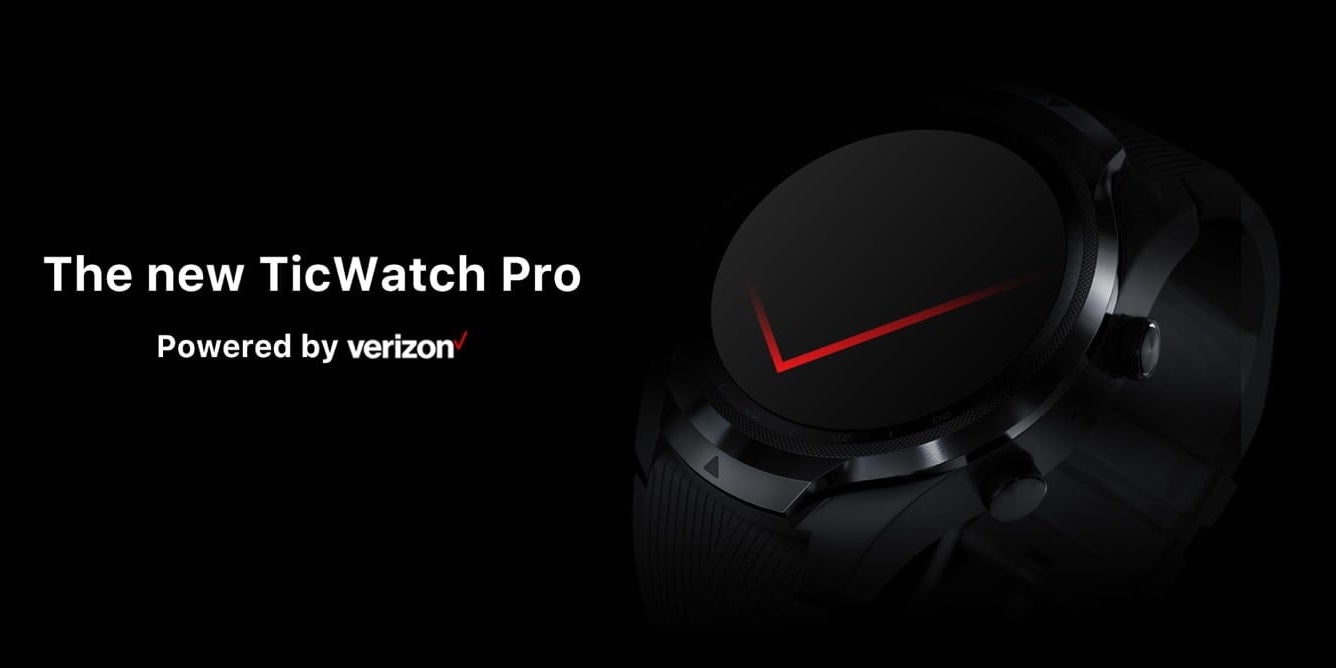 Mobvoi last week teased that a new TicWatch, which previously leaked with LTE capabilities, is coming on Wednesday, July 10. Just a day before that announcement, Verizon’s Open Development Showcase site has leaked the TicWatch Pro 4G/LTE.

This listing for developers lacks an image, but lists “key features” for the wearable device. Staples include Wear OS, Assistant, Google Pay, and IP68 dust/water resistant, as well as “TicMotion proactive motion tracking” for fitness.

Functionality unique to this cellular device includes 4G LTE, VoLTE, and “SOS calling” in case of emergencies. One notable addition is an embedded SIM that should reduce device bulk, with the Wear OS companion app gaining an eSIM manager. Mobvoi does allude to a “Thinner & lighter” design compared to the original.

The handful of other specs that that can be gleaned from Verizon’s TicWatch Pro 4G/LTE listing is the 400 x 400 display and the reappearance of a dual-layered LCD. Battery life in Essential Mode is still rated at 30 days, while Smart Mode should see two to five days of usage.

TicWatch Pro 4G/LTE is one of the first Wear OS by Google™ 4G LTE smartwatches in the US that empowers you with the freedom of cellular. Experience faster and smoother performance for all of your favorite fitness, health, and productivity features, while retaining the TicWatch Pro trademark of a jaw-dropping 30-day battery life in Essential Mode and two to five days in Smart Mode empowered by Mobvoi’s proprietary layered display technology.