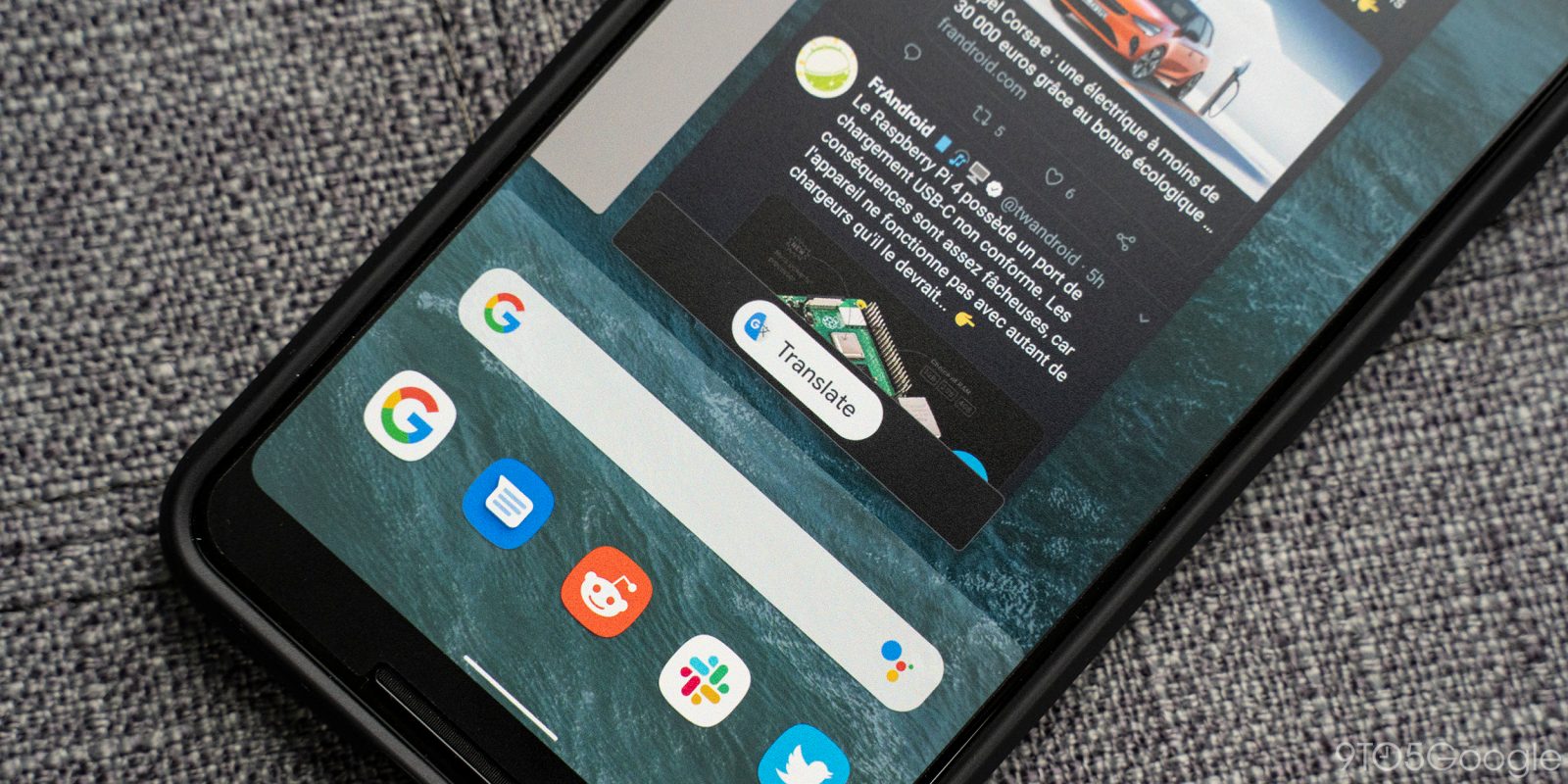 Android Q is poised to bring a vast swath of smaller quality-of-life changes to our phones. The latest change discovered in a leaked release of Android Q is that Google Translate is being directly integrated with the Recents view, via the Pixel Launcher.

Google has already developed a number of ways to help out when you encounter a foreign language on the internet, by making Google Translate easy to access. You can already get to Google Translate from a floating bubble and from the text selection menu.

With Android Q, Google is introducing yet another way to get text translated by offering a convenient suggestion in the Recents view. When you open the Recents overview, if one app appears to have significantly more of a foreign language than your device’s currently set language, a Material Design “chip” appears that offers to translate. Notably, the experience and UI is very similar to the way Android Q Beta 4 integrated Digital Wellbeing into the Pixel Launcher’s Recents view.

Upon choosing to “Translate,” all visible text from the app is scanned and copied into a Google Translate window. This experience is likely built upon the ability to select text in the Recents view, which was a new feature from Android Pie that finds text using OCR. This is especially useful, as it allows for translation of text that couldn’t be selected otherwise.

However, it also means the text selected could potentially be read incorrectly or out of order. You can see this is the case in our example above, where words like “Tweets” from the Twitter UI sneaked in at various parts of the text to be translated. You’ll also notice in the video below that it tries to read the emojis in FrAndroid’s Twitter name as though they were text.

Just as the leaked Android Q release included a newer than public version of Google Camera, our Dylan Roussel determined that a newer version of the Pixel Launcher was responsible for the new Translate option in Recents. Upon taking a closer look at the Pixel Launcher APK, he discovered that the app is showing what it calls a “proactive suggestion.”

Google Translate appears to be the only app connected to these suggestions, but there may be others in the future. These “proactive suggestions” are powered by both the Pixel Launcher and the Google Device Personalization Services (née Actions Services) app, meaning they’re likely to be Pixel exclusive for the time being.

For now, we don’t know exactly when this Google Translate integration will be arriving to Android Q’s Recents overview. We had hoped that last week’s Android Q Beta 5 would introduce us all to some of the app updates found in our leaked build, but this was not the case. Given that there’s currently only six beta releases planned for Android Q, we may have to wait until Android Q officially launches later this year.