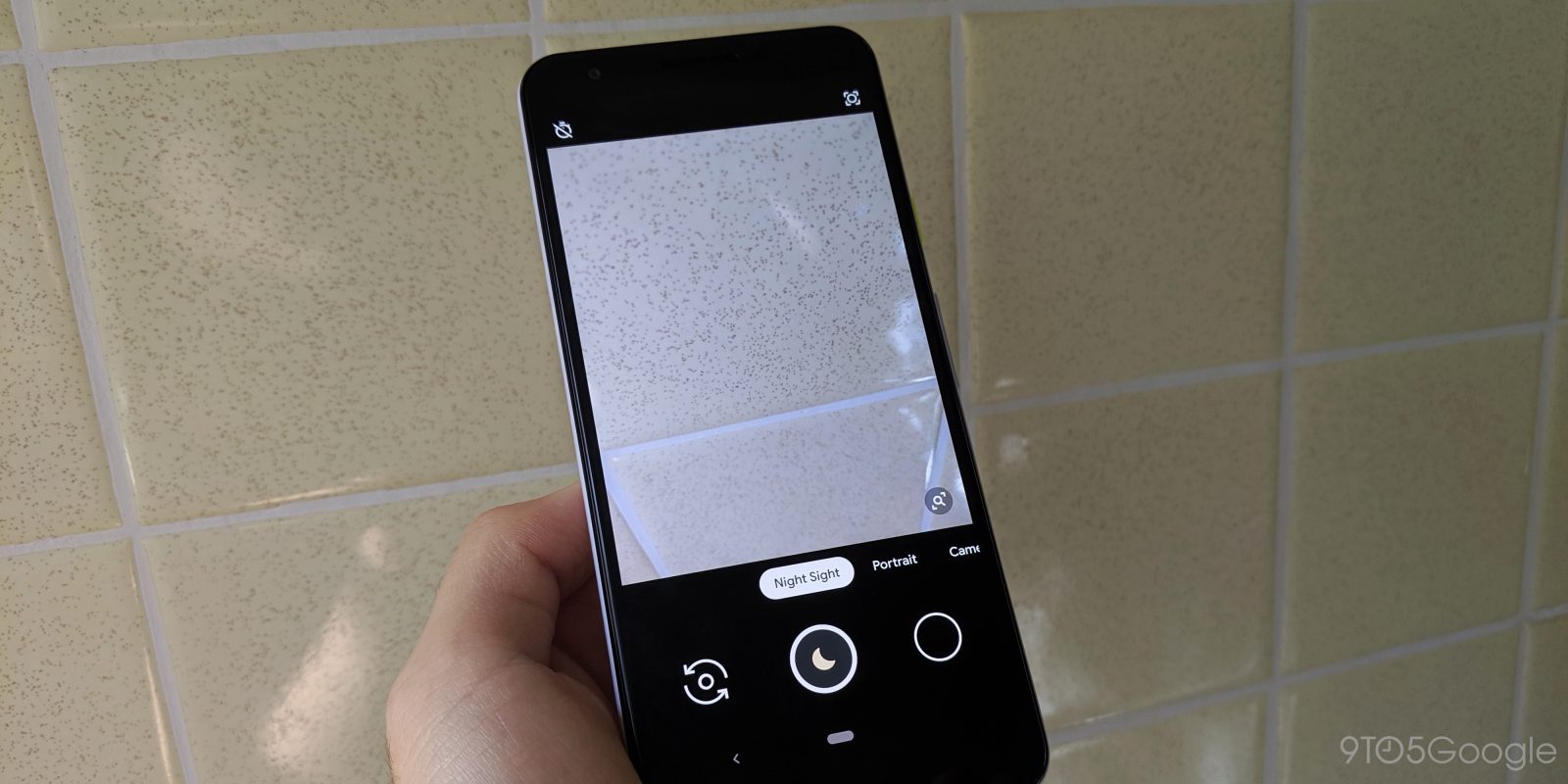 Earlier this morning, we detailed how an upcoming release of Android Q leaked with a key enhancement to gesture navigation. That build also features a new version of Google Camera that moves Night Sight and makes it much easier to access.

Google Camera 6.2 is the current stable release available via the Play Store for all Pixel phones. Version 6.3 was included with the Android Q build we spotted this morning. There are two big changes starting with Night Sight and how you access it.

Since launch late last year, Night Sight has been buried in the “More” tab or available as a suggestion when the scene is dark. In Google Camera 6.3, it replaces the Panorama mode in the main interface, joining Portrait, Camera, and Video. You can swipe right twice to quickly launch Night Sight or tap right at it from the carousel.

This is a big improvement for the Pixel’s best camera feature. Heading to the grid of modes in “More” was tedious, while the blue Night Sight pill could be disruptive and annoying when taking a shot. That said, the suggestion still appears when in the main camera mode.

The next big change in Camera 6.3 removes white balance/color temperature controls from the app. With this release, the thermometer icon no longer appears in the top bar of any mode. Available presets previously included Auto, Cloudy, Sunny, Fluorescent, and Tungsten.

Meanwhile, there are slew of small tweaks with this update. Panorama has been moved to the More tab and takes Night Sight’s previous position. The Google Lens icon has also been updated to the latest version introduced at I/O.

In Portrait, the front-facing “Flash” that works by brightening the camera UI has been renamed to “Illumination.” It’s a more accurate description since there is no actual front-facing flash unit. When snapping a selfie, a lightning bolt icon no longer takes over your screen. A translucent sepia filter appears instead with the live camera feed still visible behind it. Additionally, there’s now only on/off and no auto setting.

Google could make Camera 6.3 and this Night Sight move available alongside Android Q (though it works on 9 Pie), or just release it via the Play Store.