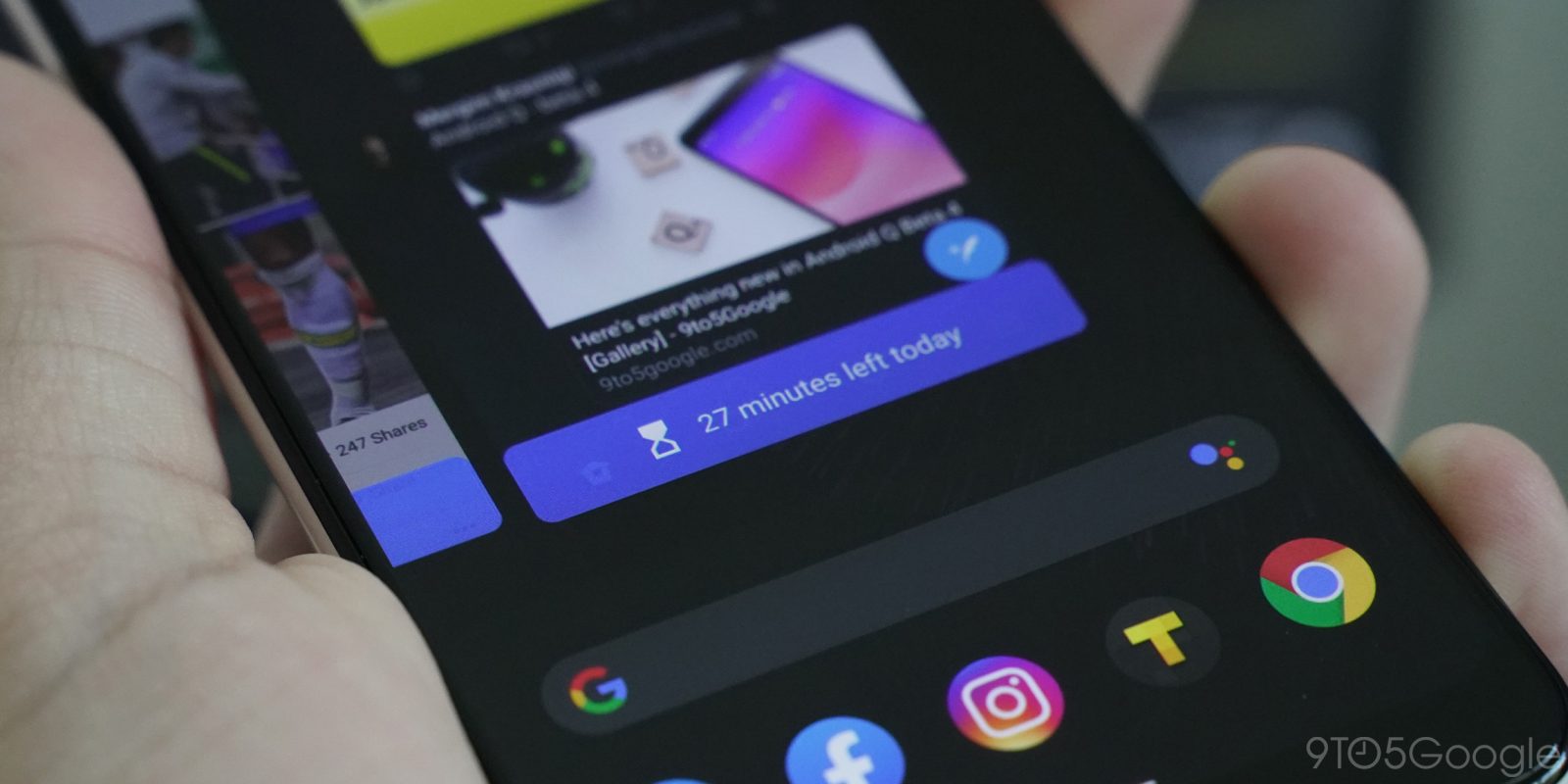 Digital Wellbeing is Google’s take on the Time Well Spent movement that launched last fall on Android and other major services like YouTube. On the mobile OS, the App Timers feature will soon be easier to set from the Pixel Launcher, and now Android Q will do a better job warning about upcoming countdowns.

In Android Q Beta 4, the Recents multitasking view will overlay a bright blue countdown at the bottom of cards. It features the App Timer icon and how many hours/minutes you have left today. All set App Timers in Android Q will appear, even if several hours are remaining.

Tapping the banner directly opens the app page in Digital Wellbeing to the Screen time daily/hourly graph for you to view usage patterns. The App Timer can then be quickly adjusted or deleted entirely. Before, you would just get a notification when a limit was about to be met. This addition helps you be more mindful of app usage throughout the day without having to visit settings.

This is the second major change to App Timers in Android Q, with Google in an earlier beta letting users immediately pause apps for the day from the Pixel Launcher. That pause button appears either in the top-left of the app actions menu, or as the very first item.

Another new feature is daily scheduling for Wind Down, while Digital Wellbeing will get a Focus mode this fall to silence pre-selected apps during periods when you want to avoid distractions. Compared to Wind Down, it is more temporary and meant to be used throughout the day. Closer integration with Family Link parental control is also coming later this year.