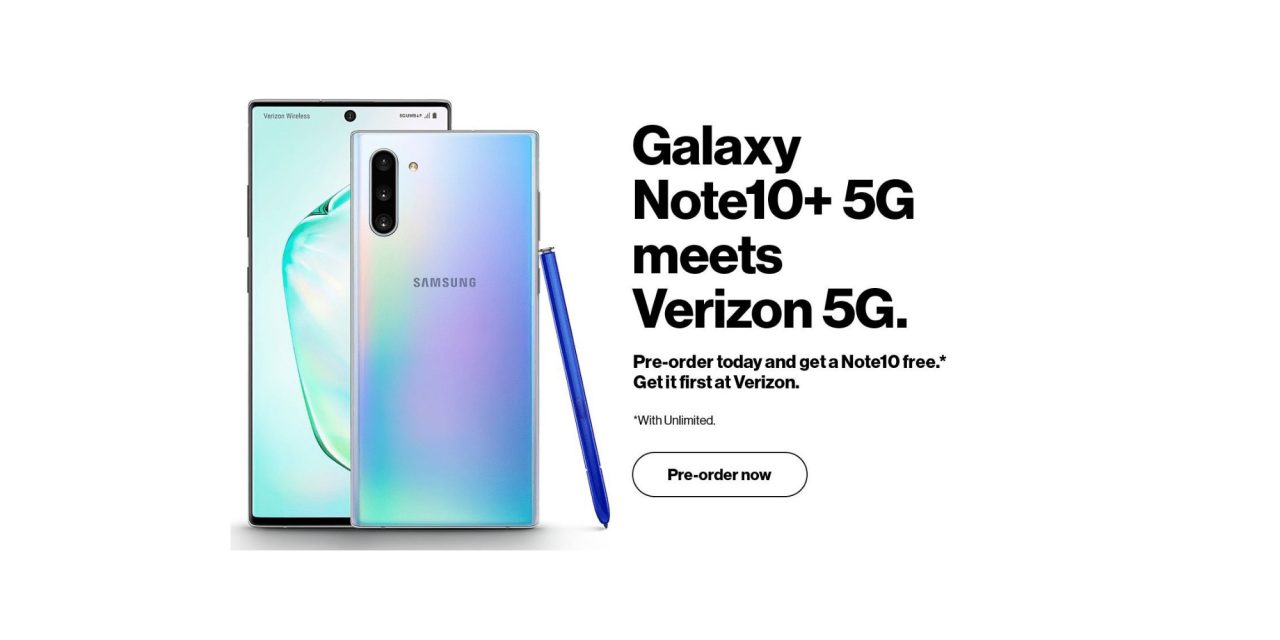 As we are within weeks of the official unveiling of the Samsung Galaxy Note 10, the opportunity for more leaks is about to peak. The latest leak involves the Galaxy Note 10+ 5G, which appears could be a timed Verizon exclusive according to the consistently reputable leaker Evan Blass (now pulled).

The first 5G-powered Note potentially being a timed exclusive with Verizon would make sense, as the carrier is one of the few that has the superfast connectivity live in cities across the United States. At present Verizon’s 5G network is live in just five cities: St. Paul, Minneapolis, Denver, Chicago, and Providence. The network is set to expand though, with 25 more cities expecting to get the speed boost by the end of 2019. 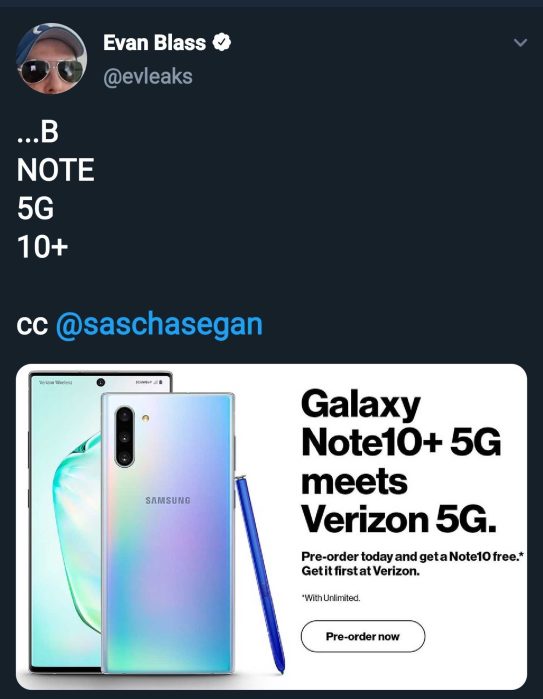 Samsung is, of course, launching the entire new Note line at the Unpacked event in NYC on August 7th. Given that the oversized Samsung Galaxy S10 5G was released some months after the Galaxy S10 and Galaxy S10+, we’re not sure if the Note 10+ 5G will follow the same sort of release path — by arriving later down the line. At least we don’t have much longer to wait to find out.