Mobvoi TicWatch Pro 4G Review: Worth it for the performance, not the LTE [Video] 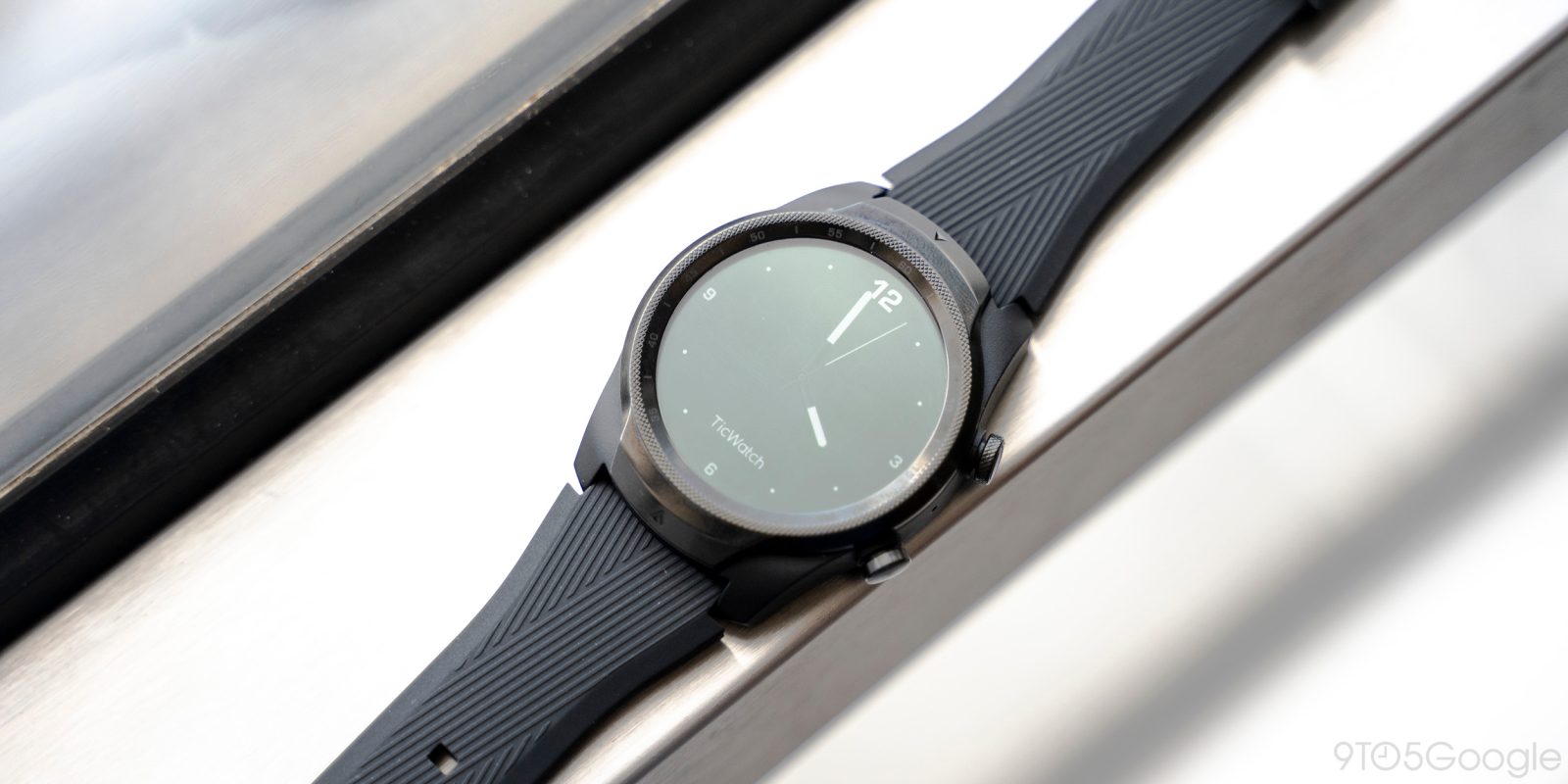 In the hardware department, you’re either going to like this watch or you’re going to hate it. Personally, I like Mobvoi’s simple design, and the knurled edges of the display bezel and on the power button are a nice touch too. On the other hand, the use of plastic and such a thick overall body are not all that great. For others, the generic design might be even less appealing, and that’s understandable.

Still, Mobvoi’s package with the TicWatch Pro 4G is practical. There’s nothing super flashy about this design, but everything you actually need is available. That is, aside from the rotating power button. I think I’ve said it in every review of a TicWatch that I’ve ever written, but I’ll stress it again here. Wear OS is just better with a rotating button. With Mobvoi offering some of the best values on the platform, it’s a shame that they don’t offer a rotating button, and it’s something they need to implement on the next generation. 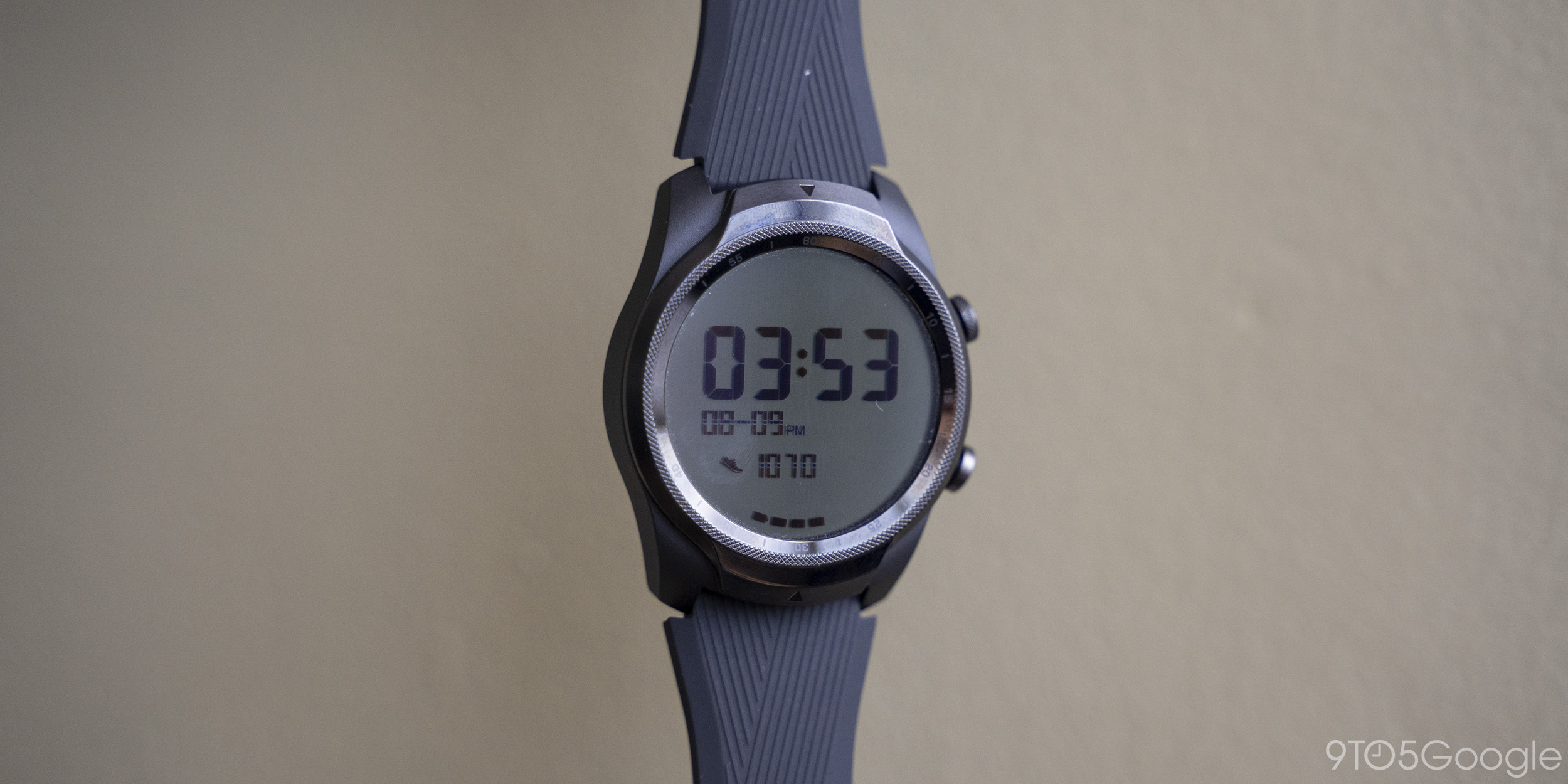 Mobvoi’s clever dual-display is one of its best features

As usual, Mobvoi nails the display. There’s an OLED panel for Wear OS which is bright enough, sharp, and has good colors. On top of that display, though, is a special panel that switches on when Wear OS goes to sleep. It shows the time, your health information, and the date. It’s a clever way for Mobvoi to squeeze more battery life out, as well as providing a better display for bright sunlight.

There’s also finally a speaker on the TicWatch Pro 4G. It doesn’t hurt the IP68 water resistance and makes phone calls from your wrist possible. You can also play music with certain apps, but I found the speaker most useful for Google Assistant which can now read answers to your questions aloud.

Also important to mention is the included band. Unlike the TicWatch Pro’s leather/silicone combination, the 4G comes with a flimsy silicone band that’s just nothing special at all. It’s comfortable and nice to have, but I was quick to switch away from it. For a large portion of the review period, I’ve been using an old leather band from a Samsung watch, but any 22mm band will work.

The TicWatch Pro 4G is comfortable to wear, if a bit chunky

As mentioned, Mobvoi is using Google’s Wear OS platform on the TicWatch Pro 4G, and it’s basically unchanged from the competition. The Tiles update is available out of the box, which is nice, and Update H is here as well. While most people don’t like Wear OS, I still think it’s a decent enough platform for people who just want basic smartwatch functionality, even if Google is slowly trying to turn it into a watchOS clone.

What’s important about the TicWatch Pro 4G, though, is that for once it actually has good performance on Wear OS. Between the upgrade to 1GB of RAM and Mobvoi’s typical optimizations, Google’s platform runs the way it’s supposed to here. Animations are quick, there’s rarely lag when waking up from sleep, and Google Assistant actually works too. I’ve gone further into detail about this in a previous piece, but after nearly a month of use, I’m very happy to report that things haven’t slowed down one bit, even with the LTE connection flipped on. 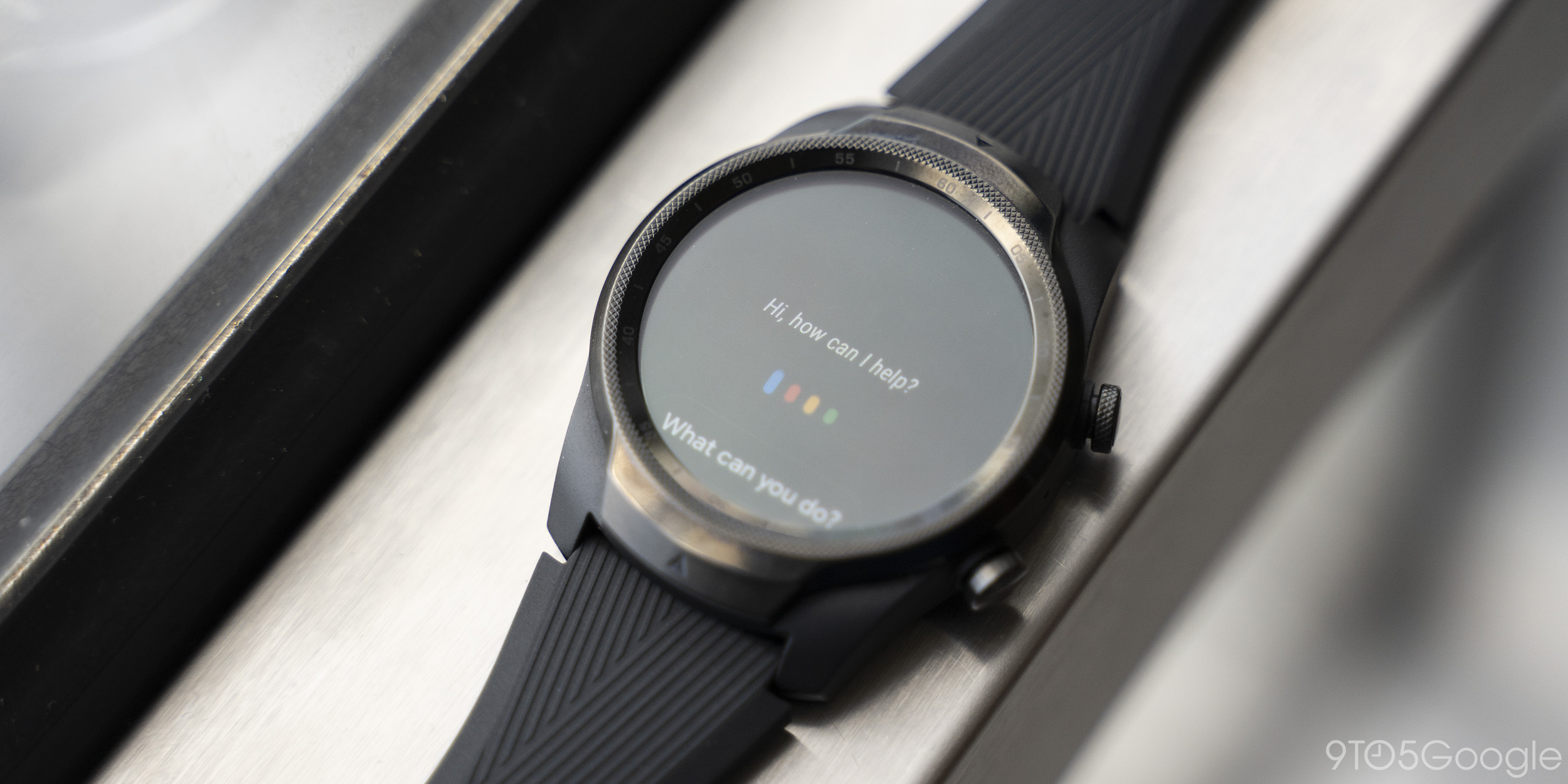 The TicWatch Pro 4G is actually fast enough to wear Google Assistant actually works, unlike many other Wear OS options

Of course, the TicWatch Pro 4G is still running on the older Snapdragon Wear 2100. There’s really no major difference between the 2100 and 3100 in terms of performance, but it’s a shame that the 4G won’t be able to benefit from the better standby battery the 3100 enables. Unless you want to wait for that rumored Qualcomm chip, though, I don’t think the lack of a 3100 should deter you from buying this watch. It still performs just as well if not better than some watches with that newer chip.

Mobvoi also has a handful of its own apps on the TicWatch Pro 4G, mostly oriented towards health users. Personally, I don’t really use a smartwatch for anything more than step tracking, but I want to call out one of the company’s latest features, TicMotion. This allows the TicWatch Pro 4G, and eventually other TicWatches, to automatically detect and track workouts. This is something that Wear OS/Google Fit should do by default, but they don’t, so I’m glad to see that Mobvoi has implemented it.

Does LTE make a difference? |

The TicWatch Pro 4G gets its name from the LTE radios within, so it’s important to take a close look at this functionality. Importantly, this is the first cellular-enabled Wear OS watch in the past couple of years, and it’s also one of the first to work on Verizon Wireless (aside from the carrier’s own short-lived Wear24).

So, how does LTE help? First off, I’ll say that the usefulness of these radios will greatly depend on your use case.

On the TicWatch Pro 4G, LTE can essentially replace Bluetooth and Wi-Fi, infinitely extending the range of your wearable’s connection to a smartphone. Notifications still arrive just like when you’re connected over Bluetooth, and with the LTE connection, you’ll be able to use Wear OS apps and access the Play Store. 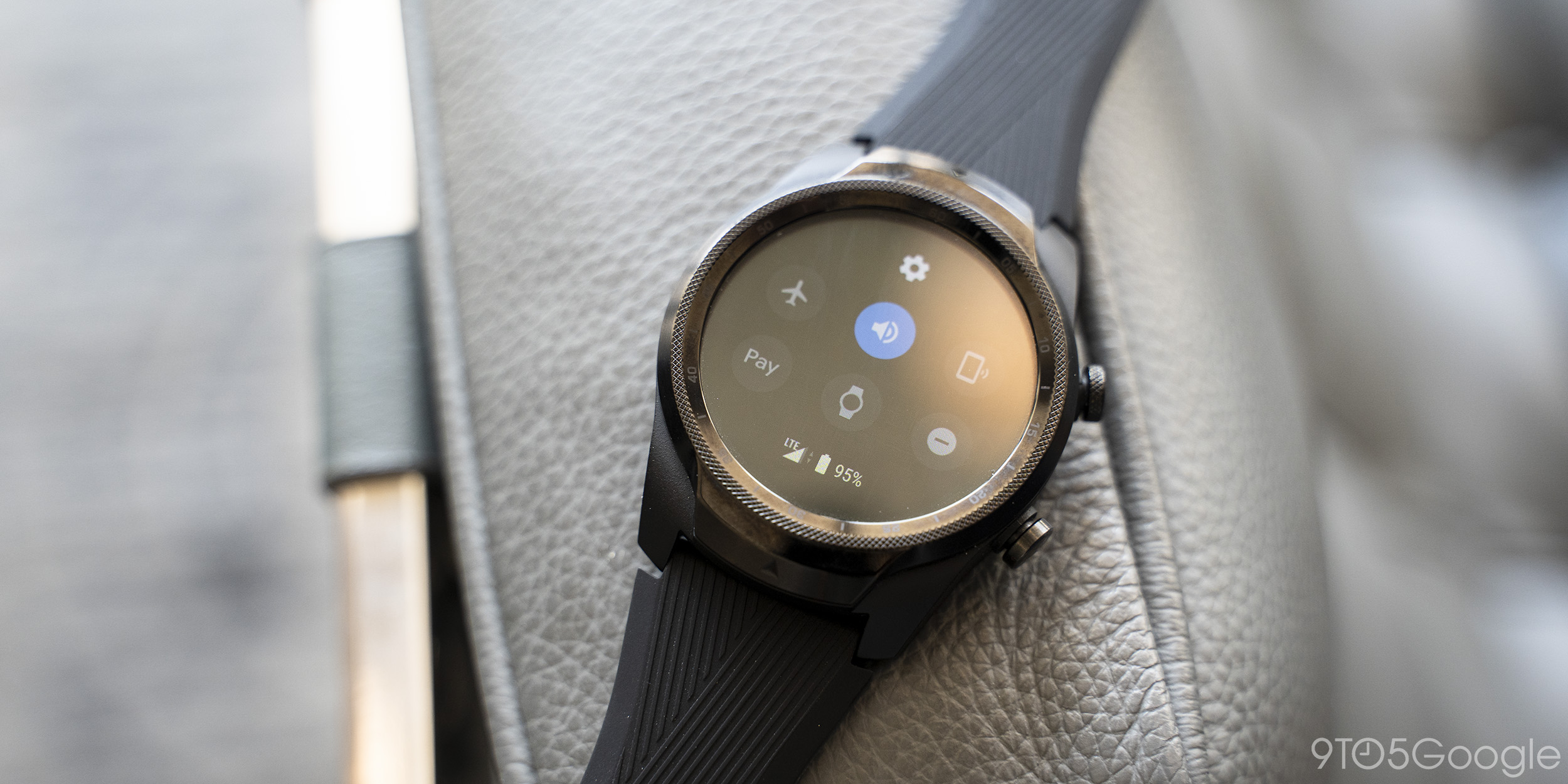 The problem with that, however, is that a lot of Wear OS apps aren’t built to be used apart from your smartphone. Spotify, for example, can only control other devices and can’t play music on the watch itself through the speaker or with headphones. It’s a similar story elsewhere. We’ve detailed more issues like this in another article, which you can read here.

What Wear OS is good with LTE, though, is acting like its own smartphone. Assigned to its own line on Verizon, my TicWatch Pro 4G could make and accept phone calls through its speaker, as well as sending and receiving text messages completely independent of my smartphone’s number.

This won’t be all that useful to everyone, but having a spare number solely for the watch is handy when you’re away from your smartphone and the watch can no longer access its text messages or calls. Google’s messaging and phone apps both have toggles to switch back and forth between the phone’s number and watch’s. One example that comes to mind for me where this could be useful is on a run. 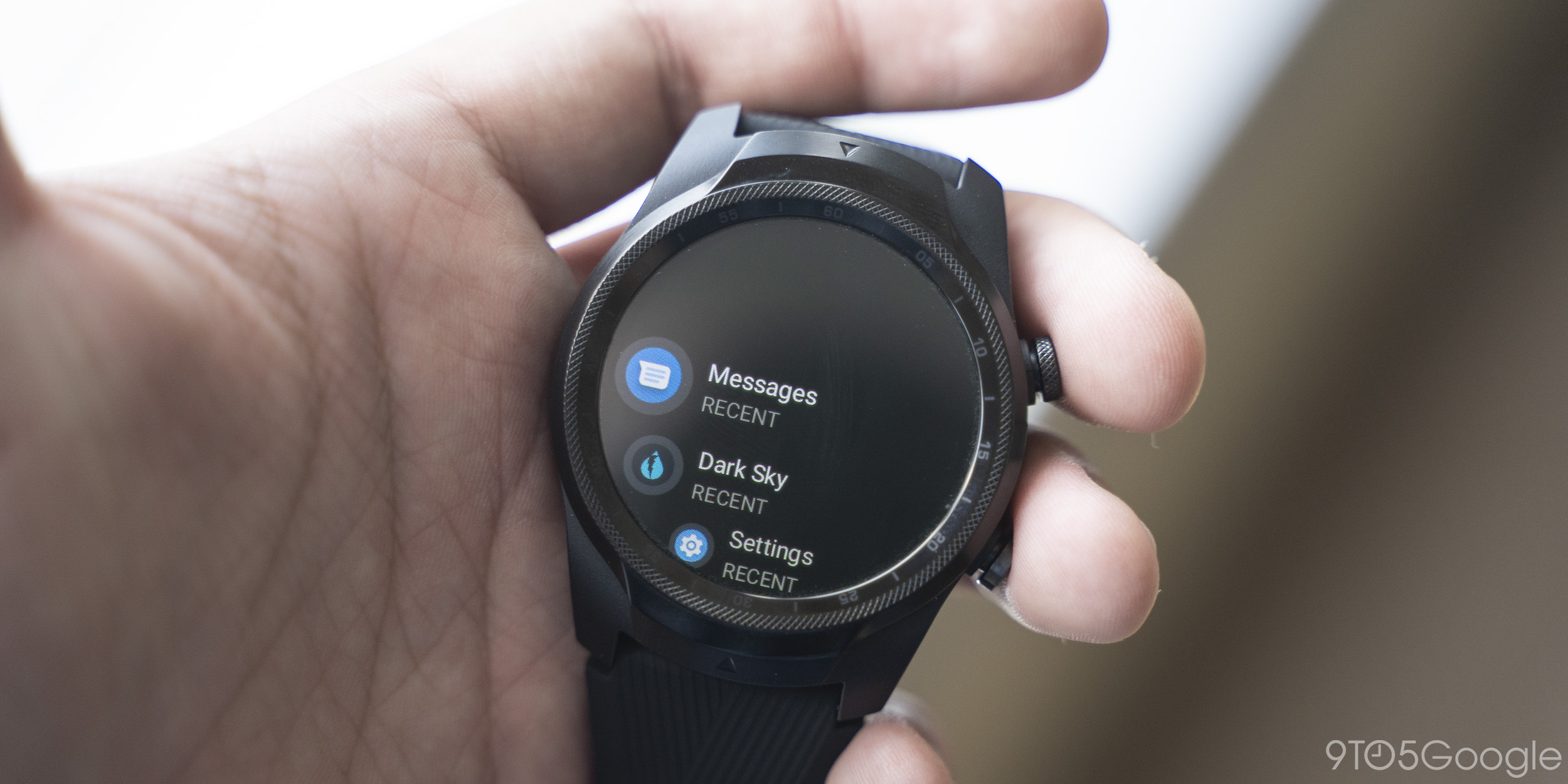 Messages can be sent on the TicWatch Pro 4G from your phone, or from the watch’s phone number

Battery life is also affected by the use of LTE. Results seem to vary wildly for me, but I often find that turning off Bluetooth and Wi-Fi means LTE has minimal impact on my battery life. Having all three radios on at once, though, turns this into a 24 hour or less smartwatch.

Long story short, LTE is not the selling point for this watch in my opinion. It’s a useful feature for some, but the limited carrier support of only Verizon takes a lot of customers out, and Wear OS’ limited standalone support hurts the ability to only use the watch.

Mobvoi’s clever display design helps the TicWatch Pro 4G earn the title of Wear OS’ battery champ, just like its predecessor did. Without LTE enabled, battery life on the TicWatch Pro 4G is still around two days per charge, with the second day perhaps seeing slightly lower totals by bedtime compared to the original. More than likely, that’s because of the spec bump.

Charging is accomplished with a magnetic cradle which I think works well. I do wish Mobvoi’s method had the flexibility of what Fossil has been using, but the cradle is sturdy, has a strong magnetic connection, and charges quick enough. 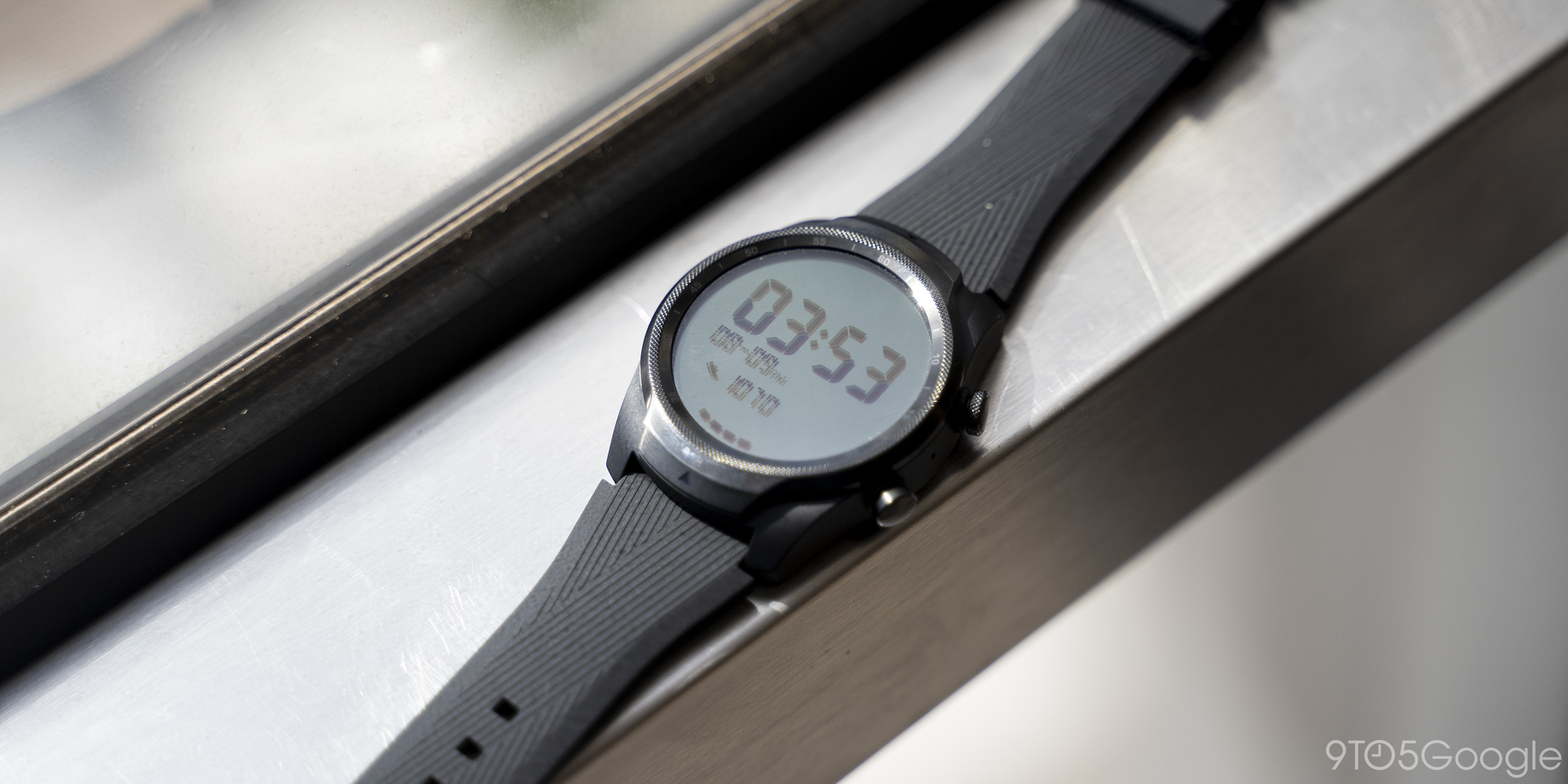 Essential Mode is also back on this watch. With a couple of quick taps, users can easily enable a mode that disables Wear OS and uses only the lower-power display with the time. It does keep step tracking active, though, which is nice to have. While I wish notifications were kept, having this mode available for a long weekend trip when you forget a charger or even just a quick flight is useful.

It’s been really hard to recommend any Wear OS watches for a while now, but I have a feeling that’s soon going to change. The TicWatch Pro 4G is a good example of an OEM seeing what’s wrong with the platform, what people are complaining about, and fixing it. Fossil’s new Gen 5 watches make a lot of the same changes, and it’s just great to see.

The TicWatch Pro 4G, however, still isn’t an instant recommend. It’s still on an older, less future-proof chipset, and the price won’t be right for everyone. $299 is no small price to pay for a smartwatch, even though I think it’s a good value for what this one offers. The TicWatch Pro 4G is just one of the first Wear OS smartwatches with sane pricing that will probably adopt 1GB of RAM and thus, better performance.

Right now, the TicWatch Pro 4G is one of the few Wear OS smartwatches I can recommend without an asterisk attached. I’ve thoroughly enjoyed my time on it and it’s changed my outlook on Wear OS overall, and it might do the same thing for you too. The TicWatch Pro 4G is available now at Amazon and Mobvoi’s site for $299. 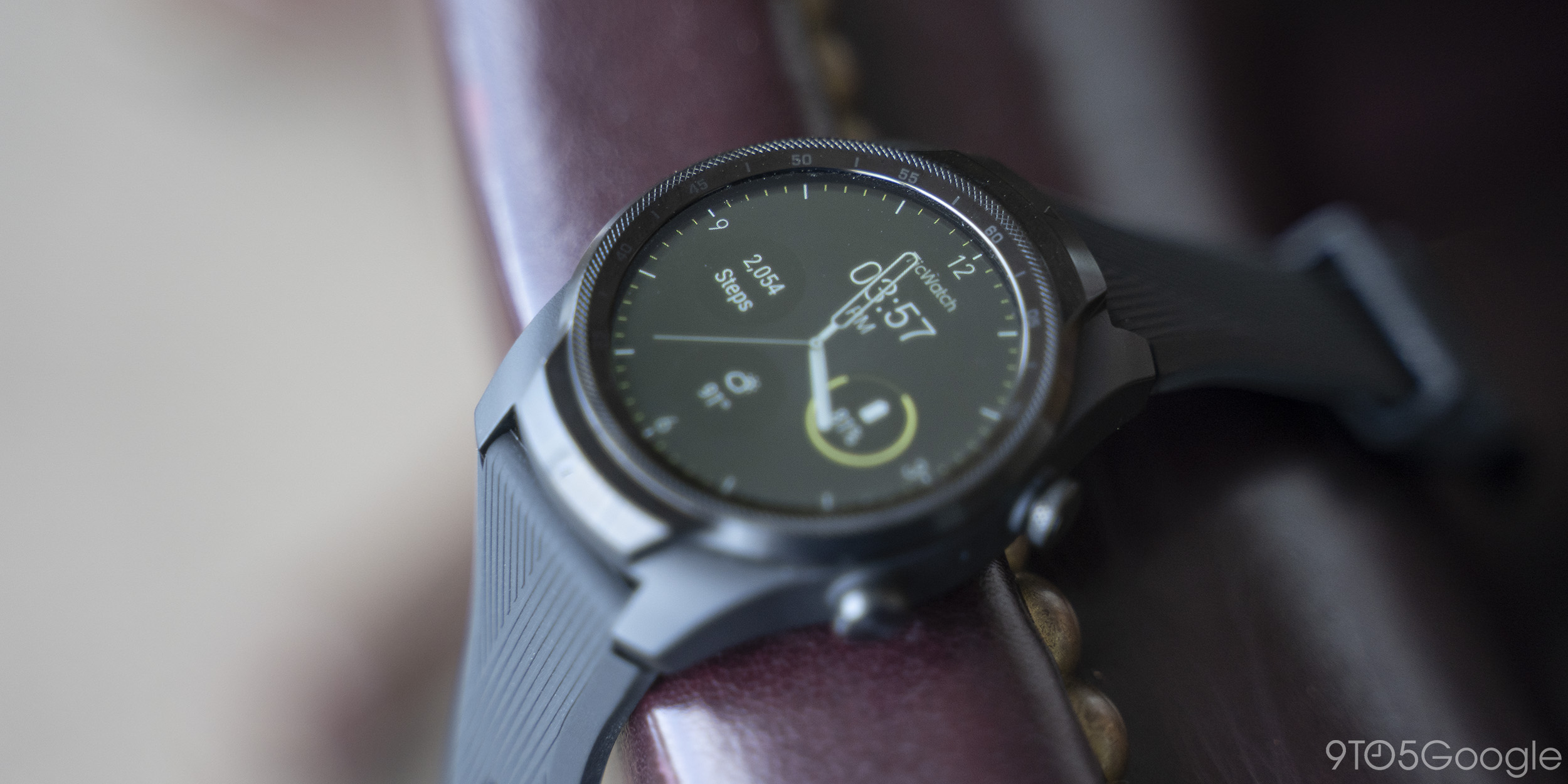