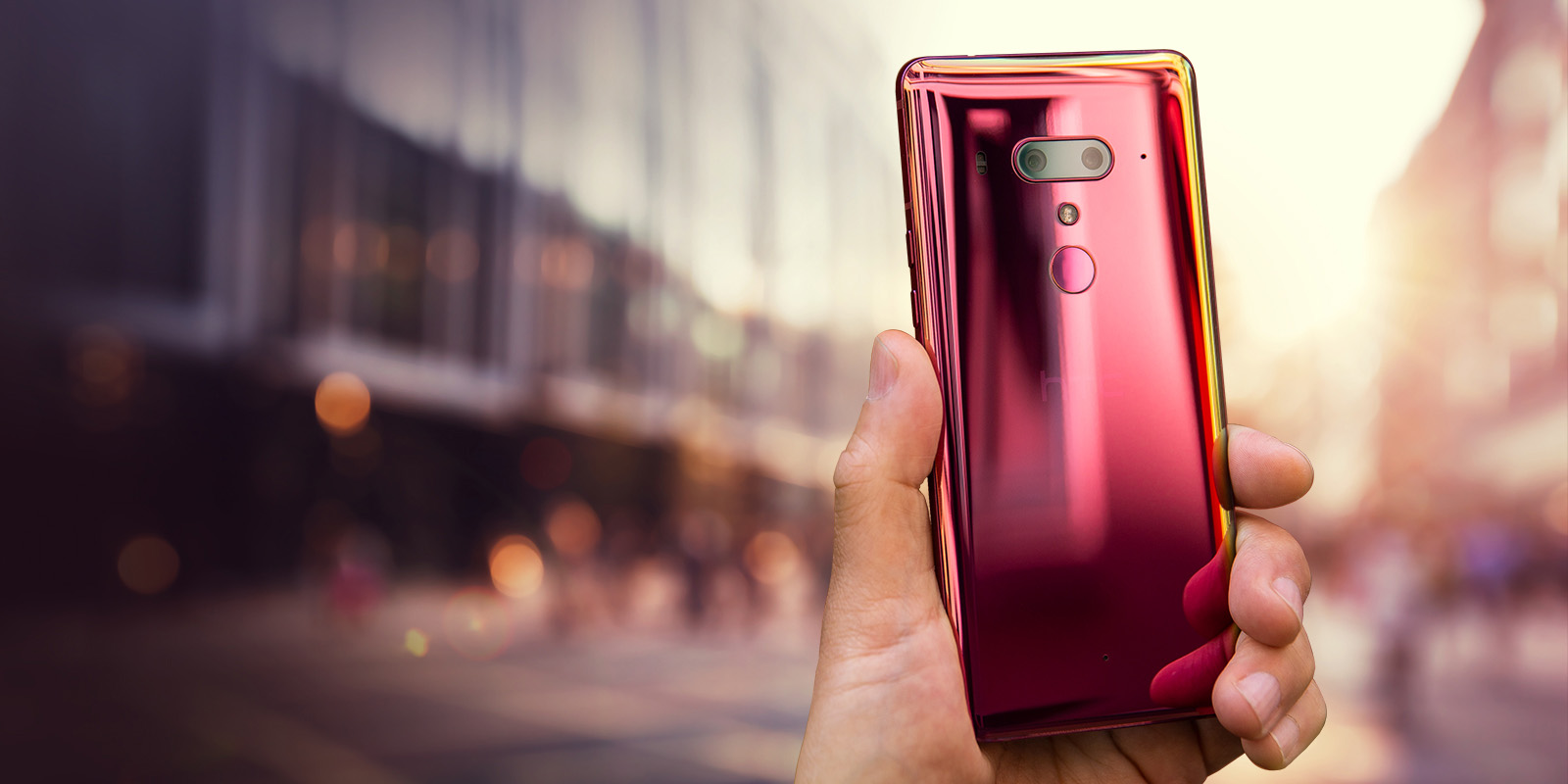 HTC feels very much like a forgotten smartphone manufacturer. That said, the Taiwanese brand has confirmed that it hasn’t forgotten about three of its handsets with regard to software updates. The company confirmed on Twitter that the HTC U11, U11+ and U12+ will get Android Pie by Q2 2019.

Even with the Android Q developer preview set to drop anytime now, there are a number of brands that simply don’t have enough devices running the current software.

[Update 08/22]: Finally, the HTC U12+ is getting the Android Pie update in the US. That is far, far later than HTC initially promised but you will be happy to hear that firmware version 2.51.617.1 is now heading out (via sardroid).

At 955MB, this is quite a big update. Although that is to be expected with this being a huge leap from Oreo to Pie. Check out the changelog below to see all the core upgrades in this pretty important update. 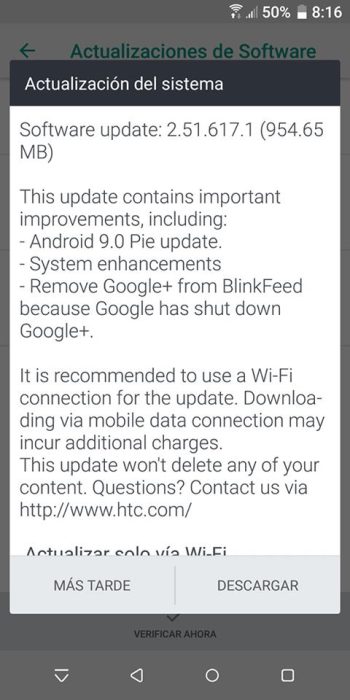 [Update 08/01]: After a little wait, the full Android Pie OTA is now rolling out across Europe for the HTC U11, with confirmation coming via the /r/HTC subreddit, where several posters have shared screenshots of the 1.31GB update on their U11 devices.

If you haven’t already, it may be worthwhile heading to your device Settings > System updates to check and see if you have the OTA waiting to be downloaded and installed. There is no sign of the U11+ and U12 updates at present though. 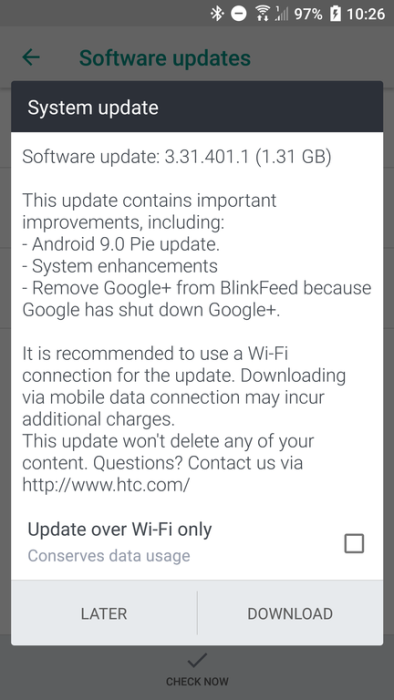 [Update 07/08]: The Pie update is now rolling out to the HTC U11+ in Taiwan after Twitter user @sardroid confirmed the OTA hitting the device. Like the U12, it’s a sizeable 1.45GB with all that Android Pie goodness. Expect the global rollout imminently.

[Update 07/01]: After some time waiting, the Android Pie update for the U12+ has now begun in Taiwan (via XDA Developers). Twitter user @sardroid shared a screenshot of their device with the Android Pie OTA in the process of downloading.

The full changelog doesn’t offer a great deal of information beyond BlinkFeed removing Google+ due to the service shutting down earlier this year. At 1.06GB, the Pie update isn’t small but neither is it as big as some major overhauls we’ve seen from Samsung and co in recent months.

HTC has a history of releasing updates in its home market ahead of a global rollout, so while this isn’t particularly interesting for owners outside of Taiwan — it does point to a wider rollout in the coming weeks. Stay tuned for a full OTA coming to your U12+ soon though.

That said, the HTC U11 Life is part of the Android One program and did receive an update as long ago as November 2018 would you believe. That isn’t a let off for HTC by any stretch, but despite shrinking market share, they are doing their utmost to keep updates rolling out.

We still haven’t been able to even get our hands on any of the devices in question, but would love to take a look given the Android Pie update can and does change a lot of handsets out there simply as a result of the overhaul it can bring.

No doubt these updates will be dripping in HTC’s Sense UI, but it’s a great shame seeing one of the real forerunners of ‘premium’ Android smartphones simply drop off as it has in recent years.

We wanted to share the status on the Android 9 update. HTC is currently working on ensuring the update is compatible with our phones & we anticipate a release for U11, U11+ & U12+ customers starting Q2’19. Exact timing defers to operators’ availabilities in different countries.

Fingers crossed for anyone out there with the HTC U11, U11+ or U12+ will see Android Pie in the coming months.