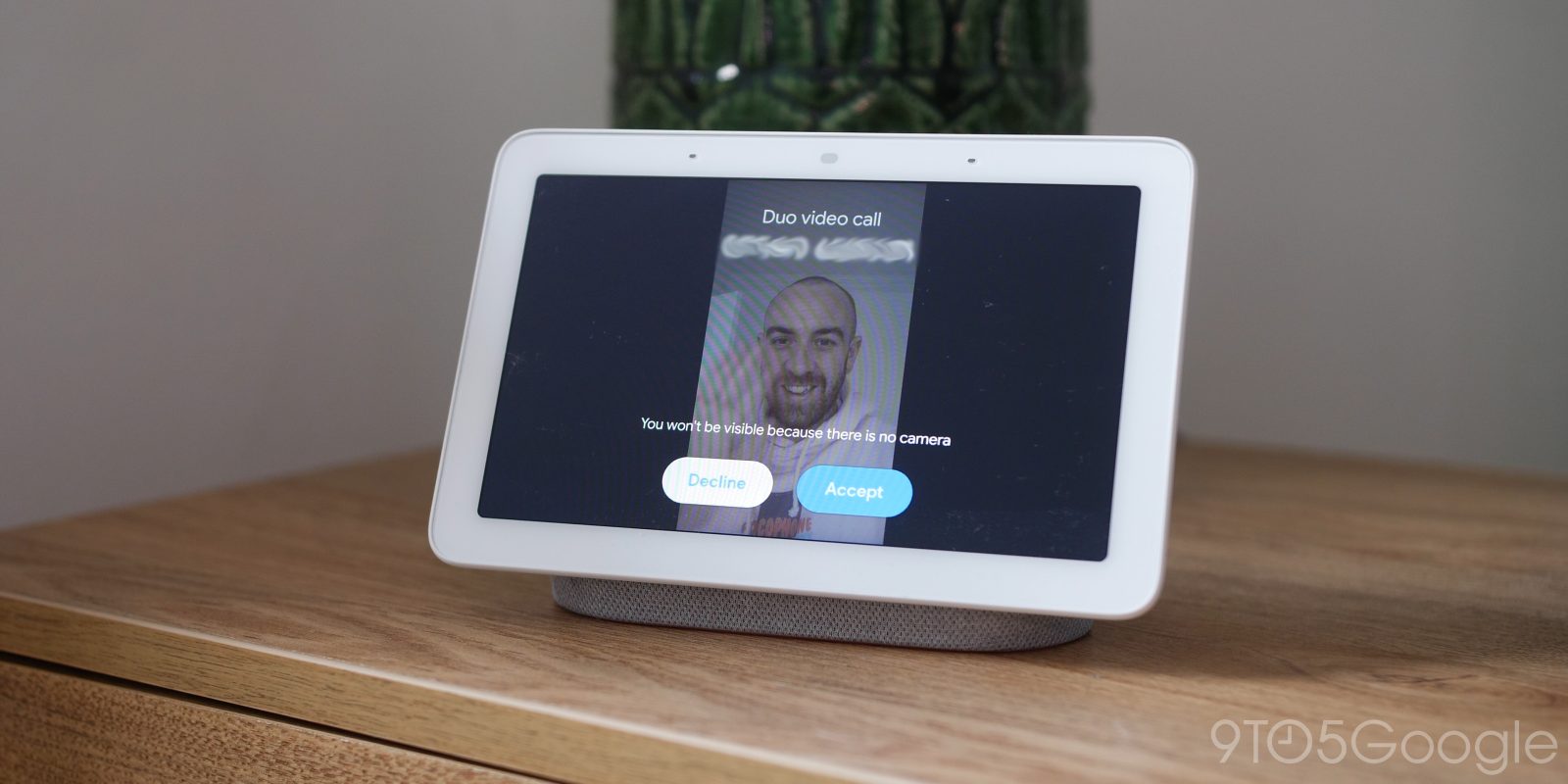 A new “Call Home” button is now rolling out to the Google Home app on Android that makes it easier for you to place a video call from your mobile directly to any of your Google Nest Hub devices and Smart Displays.

While the feature appears to be rolling out right now, it is unclear if this is available globally. We have only been able to confirm and test the “Call Home” feature on Pixel devices in the UK. Although given that we have known it was coming to the app for some time, we expect rapid expansion soon.

Should you use the button, it will simply initiate a Google Duo call to any Google Nest Hub or Smart Displays you have connected to your Google account. It’s unclear at this time if you’ll be able to make simple voice calls to connected smart speakers.

For reference, our Pixel 3a test device is running the latest 2.13.50.15 build of the Google Home app. This does point to a staged rollout of the quick video-calling button, although it could potentially be regionally locked at present. There doesn’t seem to be any mention of the feature on Google’s own support pages as yet.

When placing a call, it’s exactly the same experience as when making a Duo call to another contact. You’ll get a video preview of who is calling on your Smart Display or Nest Hub screen — making it easier to identify the caller. The upside is that anyone with access to your Smart Displays will be able to answer.

Should you not pick up, you get a nice little reminder on your Smart Display dashboard with the caller info, when they called, and how many times they did so.

It’s highly likely that the new feature is rolling out to coincide with the launch of the front-facing, camera-equipped Google Nest Hub Max. This makes the most sense, given the new model includes a front-facing camera and the capability to make and receive video calls. Obviously the JBL Link View and Lenovo Smart Display already have the front-facing camera included.

This new feature also makes sense if you just want to call your display rather than a specific number — making it great for calling family members when they are at home or maybe don’t own a phone. It’s also neat to be able to initiate a call without needing to use your voice. Check out the ultra-short video below to see the Google Home “Call Home” feature in action: