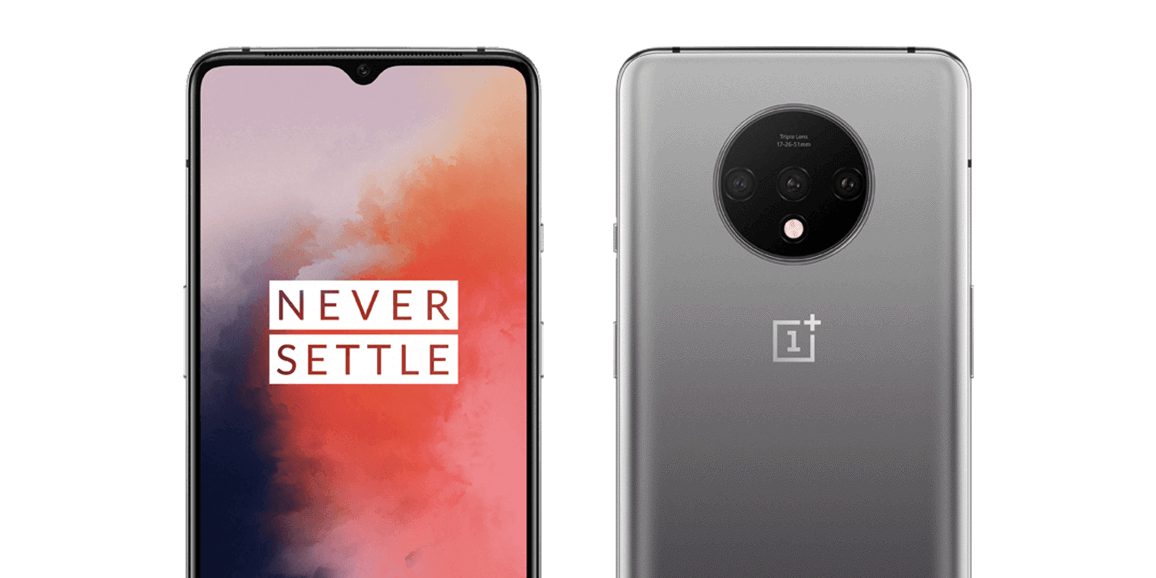 Tomorrow sees the official launch of the OnePlus 7T series, and we’ve already seen both devices quite a few times. Now, less than a day before the launch event, a couple of reliable sources have leaked official renders of both OnePlus 7T phones to show off their different colors.

In their regular race to leak first, both WinFuture and Ishan Argawal revealed images of the OnePlus 7T and OnePlus 7T Pro. There aren’t really any surprises here, but they help to show us what’s different from their predecessors.

As for the OnePlus 7T Pro, these renders show off the slightly lighter tones of blue. We can also see the extra camera sensors along the left side of the triple-camera housing, but it’s still not entirely clear what’s contained there.

More interesting, though, are the new images of the OnePlus 7T. These images offer a better look at the colors of the OnePlus 7T with the “Frosted Silver” variant being pictured for the first time. There’s also a good look at the slightly thicker bezels around the sides, as well as the waterdrop notch that houses the front-facing camera.

The OnePlus 7T series is set to go official tomorrow at an event in India. While the smaller, less-expensive OnePlus 7T is set to come to the US in October, the OnePlus 7T Pro reportedly will not.