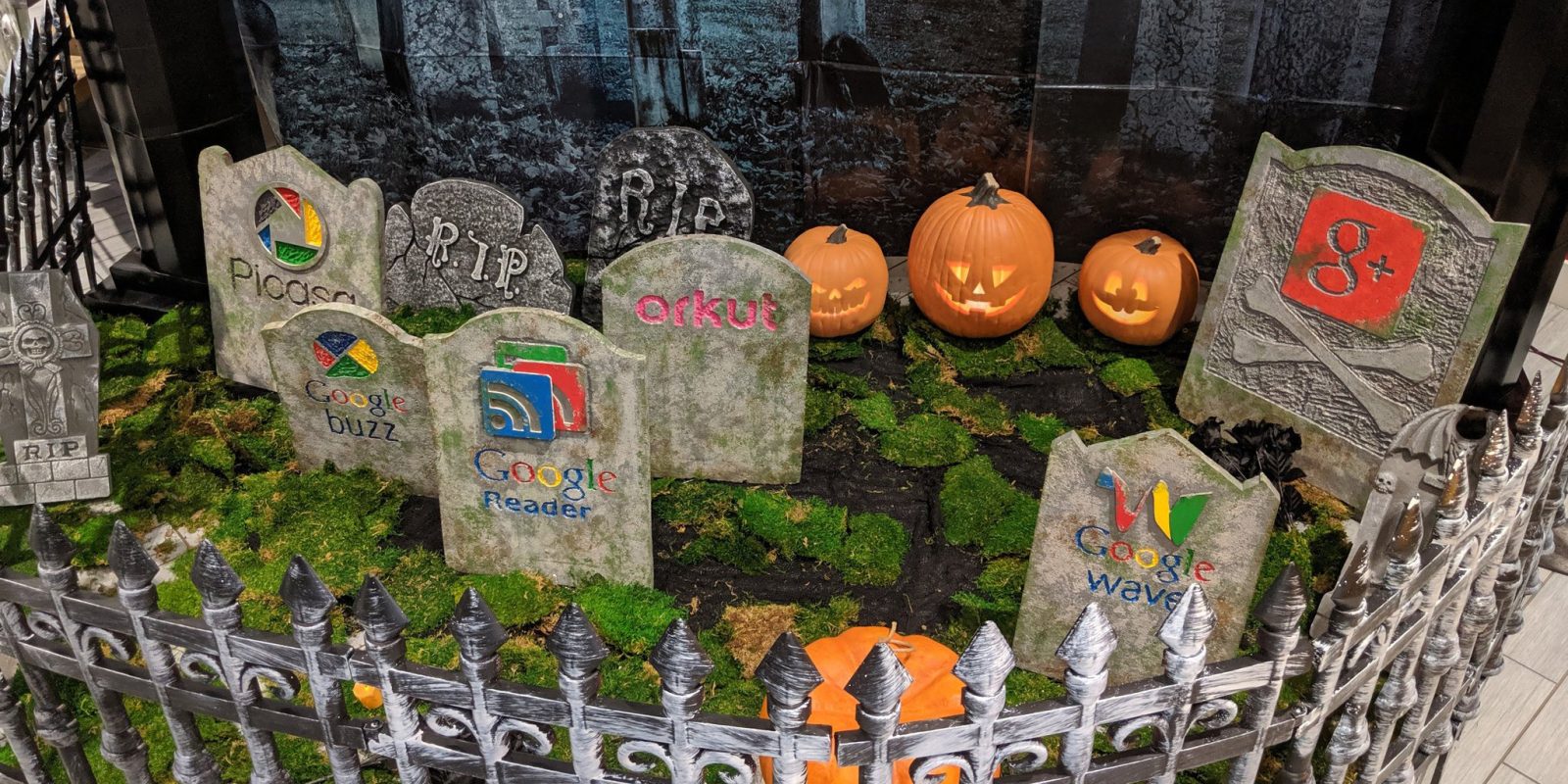 Dana Fried, a lead on the Google Chrome team posted to Twitter this week a photo from the company’s Seattle location. In preparation for Halloween, there’s a decoration in the main lobby which is a product graveyard for some of Google’s various discontinued products.

The list here is by no means extensive, but it shows Google+, Orkut, and Buzz, three of Google’s failed social media attempts. There’s also Google Wave and Picasa. Finally, there’s the much-loved and still-missed Google Reader. Somewhat hilariously, Google+ has the biggest tombstone of the set.

As much fun as it is to joke about Google’s tendency to kill off products before their time, most of these (except maybe Reader) had reasons to be discontinued. Picasa made room for the massive hit that is Google Photos while some of Wave’s ideas were integrated into Google Drive. Google+ also saw users mostly visiting the platform by accident.

Not sure whether spooky or just sad? pic.twitter.com/E8uvavkuQf

RIP to all of these products.