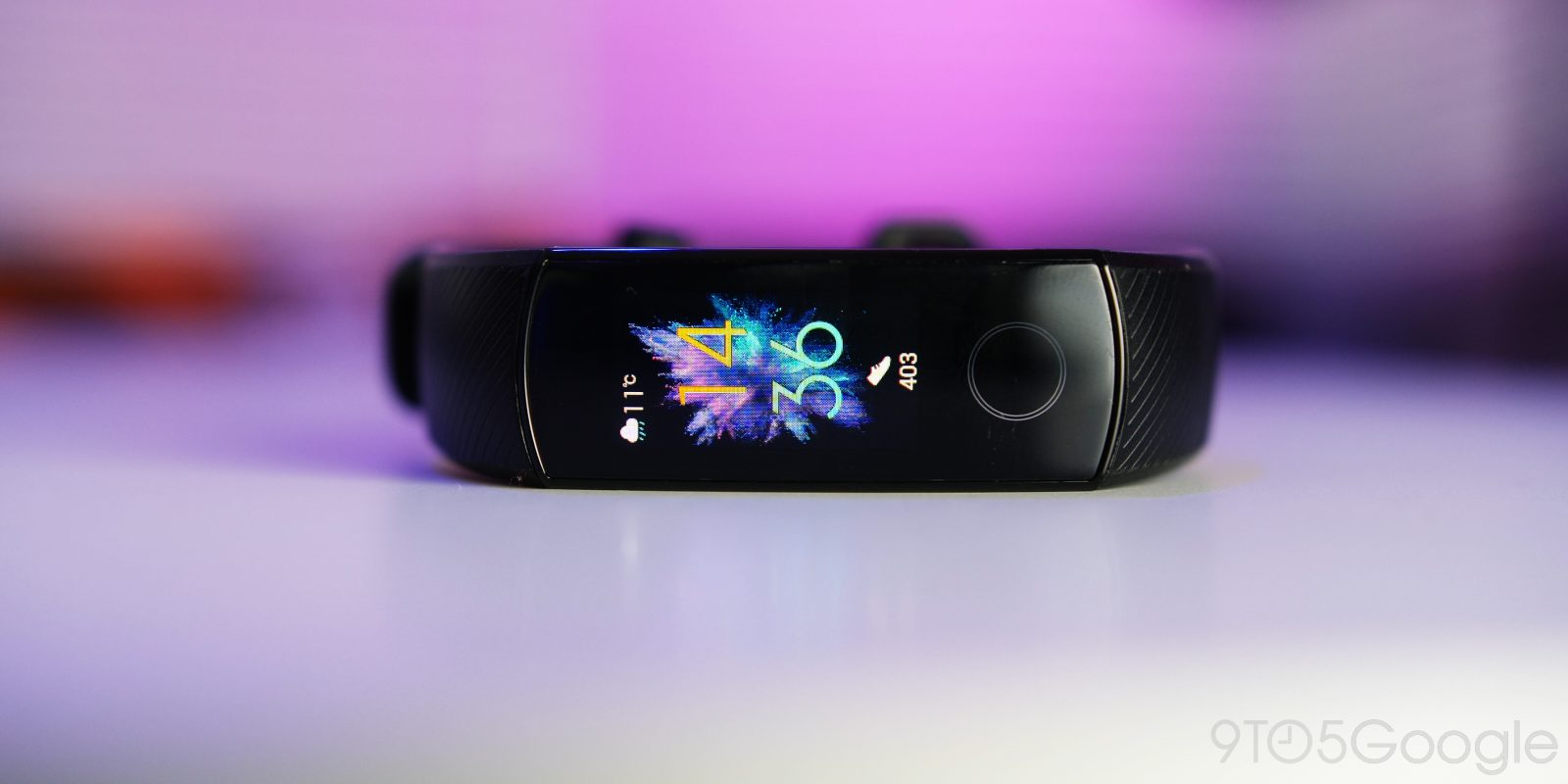 The Honor Band 5 is one of the latest fitness trackers designed to enhance everyday health without too much distraction.

Normally, when when you mention fitness trackers, you wouldn’t instantly think of budget smartphone brand Honor. This is obviously the fifth iteration of the fitness strap and it’s no doubt the best so far.

With a sub $40 price-tag there are naturally some compromises and things to consider before parting with your cash. Affordability is most definitely at the forefront of the Honor Band 5 and by no means is that a bad thing if you’re in the market for a solid fitness tracker.

Don’t expect a laundry list of features, as this is a pretty basic alternative to a Fitbit or Garmin at almost one-third of the price.

There isn’t a great deal you can do with a fitness band but the Honor Band 5 is pretty attractive given the limited form factor. The 0.95-inch color AMOLED display is as good as I have seen on a device this small. It manages to get bright enough that you can gather all of the information you need at a glance.

At 282 pixels-per-inch, there is just enough room to get all of the core information you might need when working out or simply checking your wrist. I will say the colors are nice and rich too, which makes viewing the screen a pleasure. 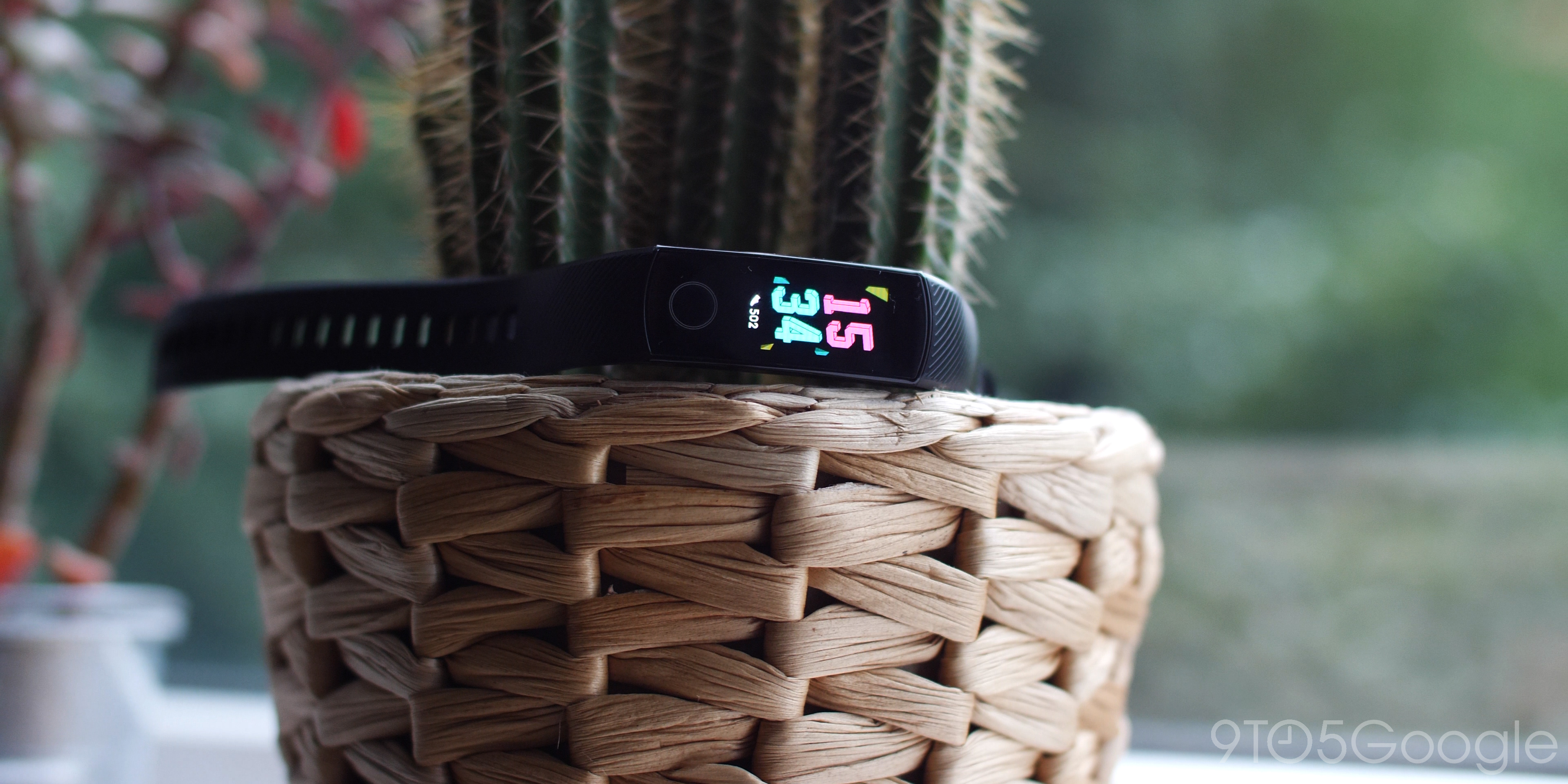 It does have a soft curve, which is unlike the other contender, the Xiaomi Mi Band 4. Aesthetically it looks great but I must admit, a flat display is my preferred option for a smartwatch or fitness band. That doesn’t detract from the usability and responsiveness.

Honor adds a large capacitive touch button under the tiny display that acts solely as a ‘home’ button. Everything can be controlled and activated on the tiny touchscreen. I would have loved to have seen this tweaked a little to at least look a bit nicer as it feels as though this button dominates the front of the Band 5 rather than the display.

The stock silicone strap comes with a ridged texture and clasps like any cheap digital watch you might have worn before. I really like the flexibility of the strap, and the clasp is great for almost any wrist size. However, after wearing the watch overnight, I did get some discomfort from the plastic body of the main watch face.

Given that the Honor Hand 5 is waterproof up to 50 meters, the silicone strap and mainly plastic body mean this band is clearly designed to be worn in almost any scenario. It does retain the ability for you to swap out watch straps if you find one that better suits your style.

Unfortunately, there is no internal GPS on the Band 5. Instead, pairing with your phone using the Huawei Health app will give you distance tracking updates. This method is fine if you take your phone with you when going for a run but becomes a bit of an issue if you don’t. It’s also not quite as accurate and therefore readouts need to be taken with a grain of salt. 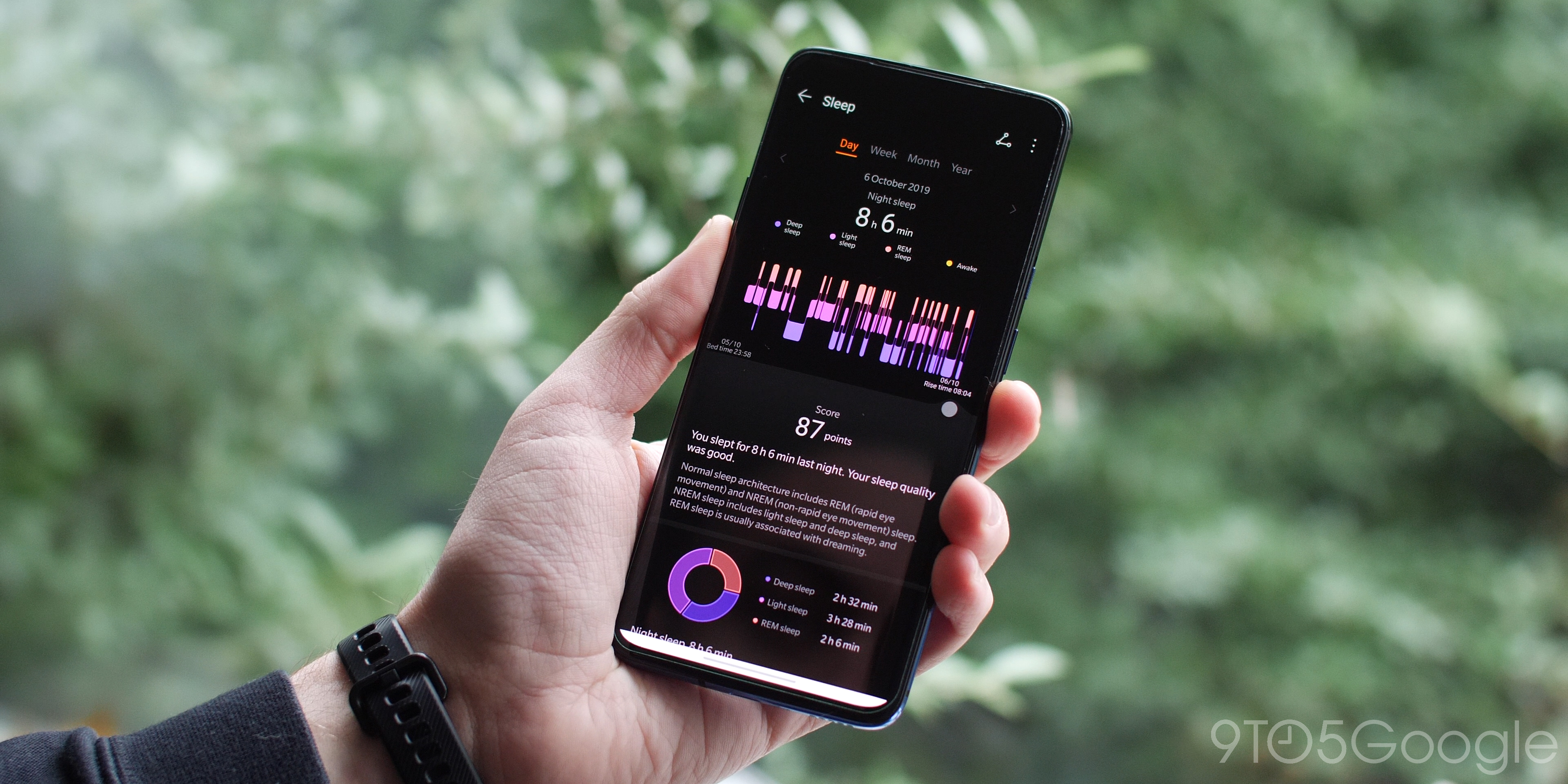 You’ll need to install the Huawei Health app to get your Honor Band 5 set up, and it’s here where you’ll be able to digest all of your fitness band information and data.

The set up process is painless, but like many companion apps, Huawei Health isn’t without pitfalls. You can connect it to third-party services like MyFitnessPal but the biggest addition that many of you will be interested in is the ability to link with Google Fit. I will admit though that I have encountered issues when linking my own account — this issue still appears to be widespread too.

Workout tracking seems to be solid. I can’t definitively say if it is the most accurate but the stats stack well with other fitness trackers I’ve used in the past. You get a solid selection of exercises that you can track. Honor added new modes including the ability to track rowing machine and elliptical machine usage — something I have done frequently so far.

Having gym-focused workout tracking will no doubt help appeal to a wider group of people. The running, cycling and swimming modes return on this model too — with nine modes in total. Those nine modes do have extra variations that push that number slightly higher but for argument’s sake, there are nine core tracking modes included.

I have tested the running tracking while playing soccer but given the nature of the sport, it’s really difficult to say just how accurately the Honor Band 5 tracked my game as I play differently from week to week.

Heart rate monitoring has supposedly improved in this model and it seems to have been pretty good in my hands-on time. Honor claims accuracy close to dedicated heart rate monitors but without one to compare with, I can’t confirm or deny if that is the case.

Like any basic tracker, my advice would be to use the heart rate readouts and step counts as a gauge, not as a definitive measurement. The same can be said of the calorie tracking. It’s a baseline that can be used to help you estimate, not an explicit figure. Used as part of a healthy diet and exercise regime, the Honor Band 5 is a great companion. 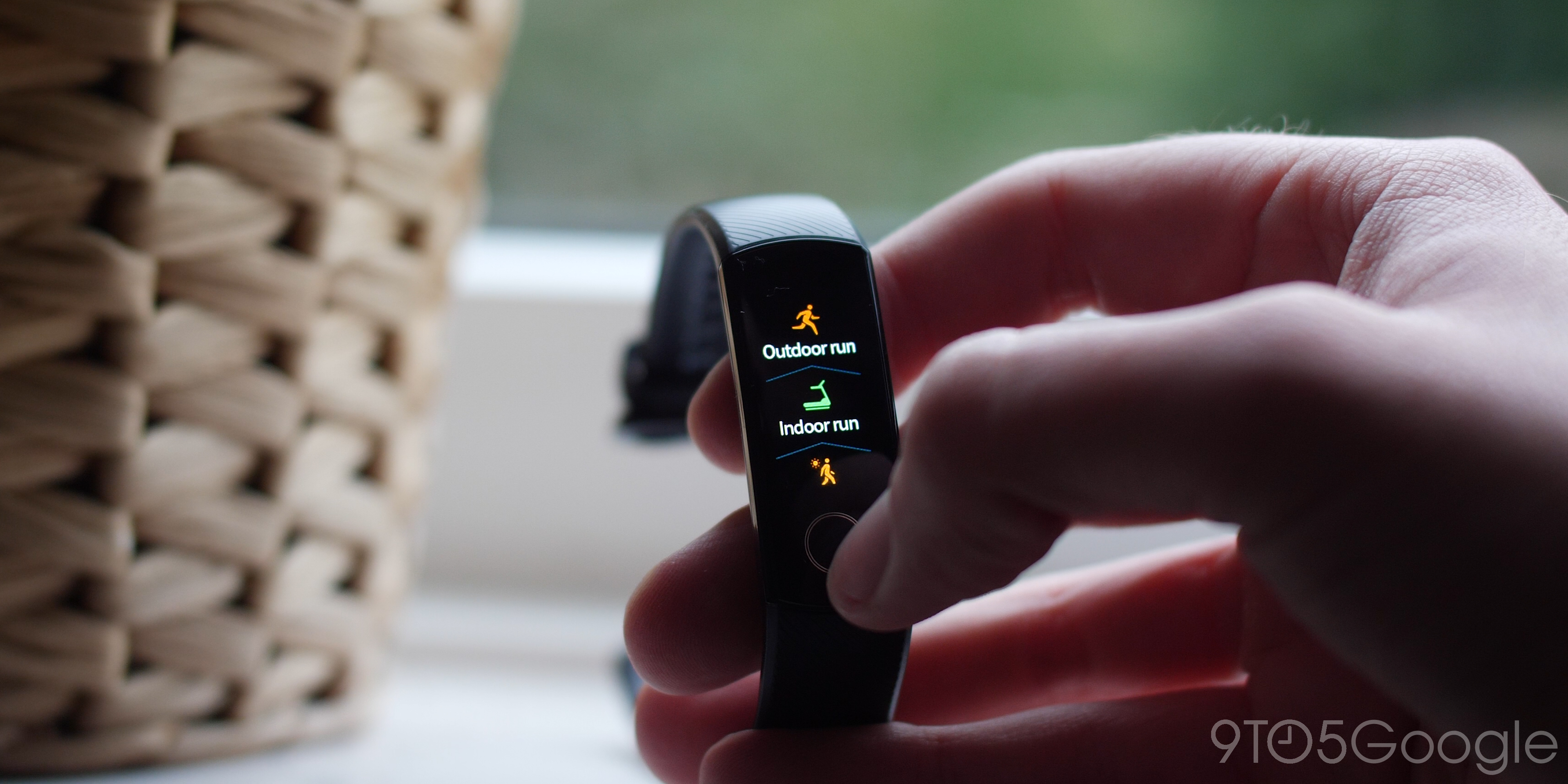 The 100mAh battery is said to be able to manage for around two weeks on standby or around five to six days if you have features like the continuous heart rate monitoring enabled.

In my experience, the battery has managed close to five days on the regular before needing to be slapped on the charger. I am not a fan of the charger though. The clasp mechanism is awkward and difficult to attach at times.

I’m not going to complain about the inclusion of micro USB, as this is moot when you are using an adapter. Plus with such a low asking price, it’s not a big deal in my opinion.

The Honor Band 5 is yet another great affordable fitness tracker. That said, if you have bought the Band 4 it becomes harder to recommend. Personally, I would suggest you pick up the Mi Band 4 instead. It has greater battery longevity, more fitness tracking modes, and is far more comfortable day-today.

Where can I get the Honor Band 5?

If you do want to get hold of the Band 5, you can pick up the fitness band from Amazon direct for under $35. Alternatively, you can get it much cheaper from sites like eBay or even directly from Gearbest for the same price shipped.