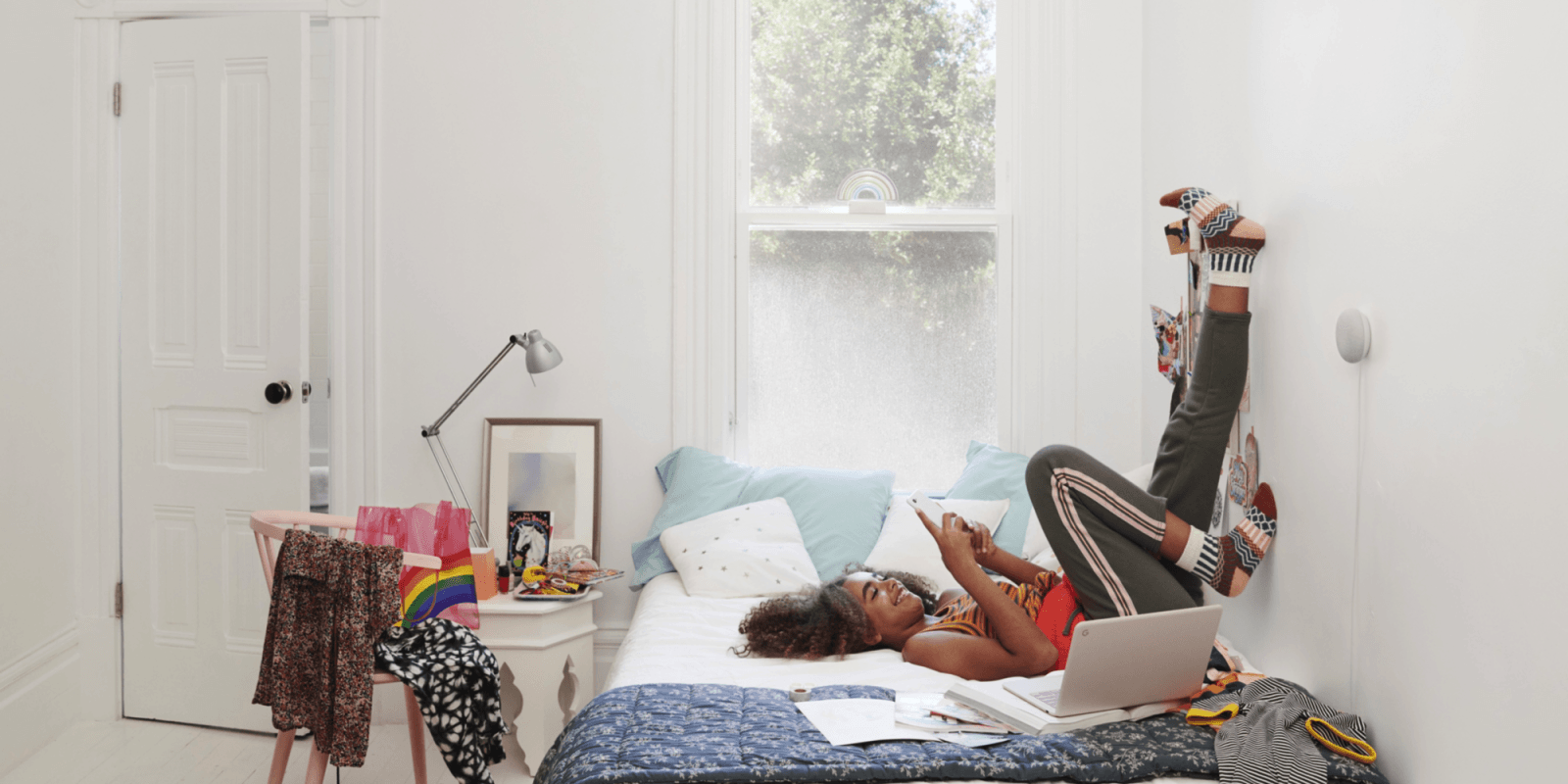 This morning, WinFuture detailed the Nest Mini, including leaked official renders and product stills. One of those images happens to subtly include a leaked Pixelbook Go that will also be announced tomorrow at Made by Google 2019.

The Pixelbook Go we previously revealed was not the final version as evident by a centered prototype mark that’s often used during the development period. The one revealed by a Nest Mini product shot today has the Google ‘G’ logo in the top-left corner. This is exactly like 2017’s Pixelbook and last year’s Pixel Slate.

Featuring a lighter lid and keyboard deck than the Just Black model that we also expect to be announced, this is presumably the “Not Pink” color inspired by last year’s Pixel 3. The keyboard itself is noticeably darker than the rest of the casing. The faraway shot of this Pixelbook Go also shows the right side USB-C port.

The edge not shown features another connector and the 3.5mm headphone jack. It’s hard to make out the front-facing speakers flanking the keyboard in the Pixelbook Go leak, while the unique wavy underside is clearly not visible.

Besides the Pixel 4 and Pixel 4 XL, Made by Google 2019 should also see the launch of a 2nd generation Nest Mini smart speaker and new Nest Wifi, as well as updated Pixel Buds. Be sure to check out our full roundup for all the details.