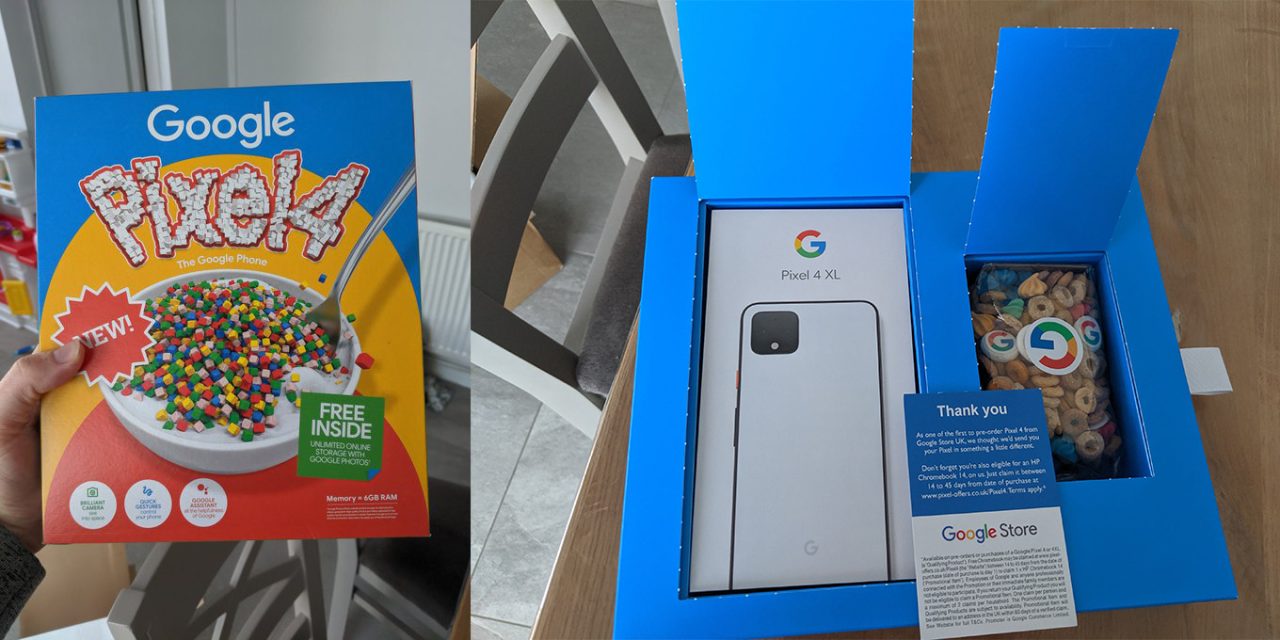 Pixel 4 orders are finally on their way to consumers, and it seems some in the UK are in for a surprise. Apparently, Google is delivering some Pixel 4 units inside of a custom cereal box and, bonus, there are branded marshmallows inside.

Noted by one user on Reddit and another on Twitter, it seems that these orders were for the first few that pre-ordered Pixel 4 devices in the UK directly from the Google Store. Google mentions on Twitter that 2,000 of these boxes were shipped out to customers. It’s definitely a fun little bonus for early adopters.

The front of the cereal box advertises some of Pixel 4’s new features such as the increased RAM allotment, the upgraded camera with astrophotography features, and Motion Sense. There’s also a “free inside” section that mentions unlimited Google Photos storage, but that’s just the “high quality” version and not original quality. Yeah, that omission still stings.

Alongside the phone inside of the box, Google also includes a note to say thank you and reminds users that they’re eligible to receive a free HP Chromebook 14. There’s also a tiny bag of actual cereal that has marshmallows with Google’s logo printed on them.

Fancy a Google #Pixel4 for breakfast? 😉

Check out how @OliWhiteTV felt about that new toy feeling → https://t.co/iCdqIlwJ5L