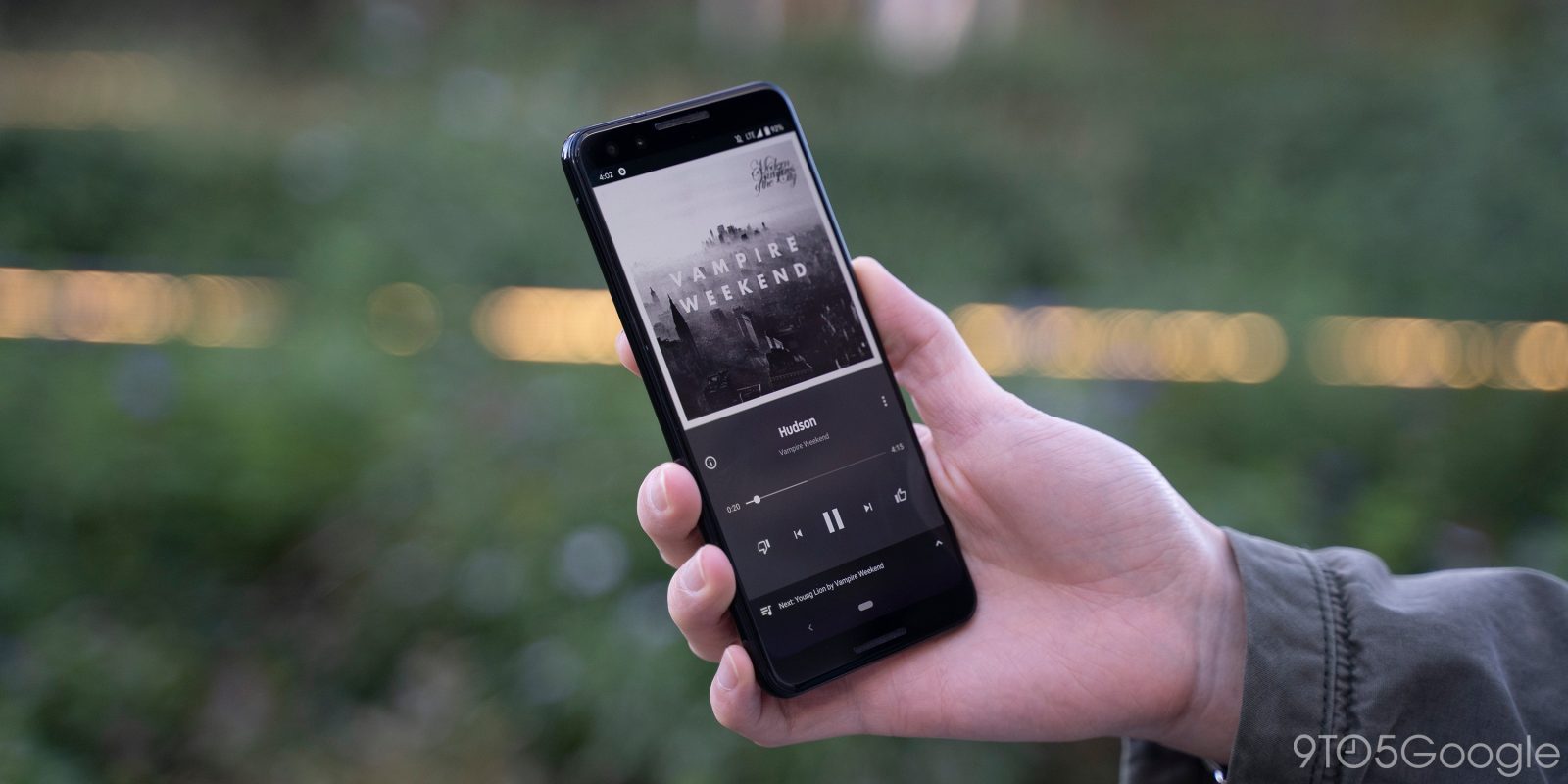 As we’ve been expecting since early August, YouTube Music now has a homescreen widget. Available with version 3.39, it’s quite straightforward and actually looks like the one from Play Music.

This update to Google’s primary streaming service lets you add a widget to the Android homescreen. By default, it’s 4×1 but looks better at 5×1 to span the full width of a screen. While it can be resized vertically, that does not actually make the widget taller. In comparison, Play Music was able to show full cover art instead of taking up empty space.

Speaking of YouTube Music’s predecessor, the widgets are literally identical save for the reversed thumbs up/down placement. Artwork is at the left, while song title and artist is next to it on the first line. One unique feature is how this YouTube Music widget themes itself to the album cover. It’s the same hue as the full player and system media notification.

Tapping the left square area opens the app to your last screen, and not the full player interface. When there’s nothing in your listening queue, the widget turns gray, displays a generic icon, and notes “YouTube Music.”

We have yet to spot any other visible changes in this release. YouTube Music 3.39 with the homescreen widget is rolling out now via the Play Store or you can install from APK Mirror immediately.