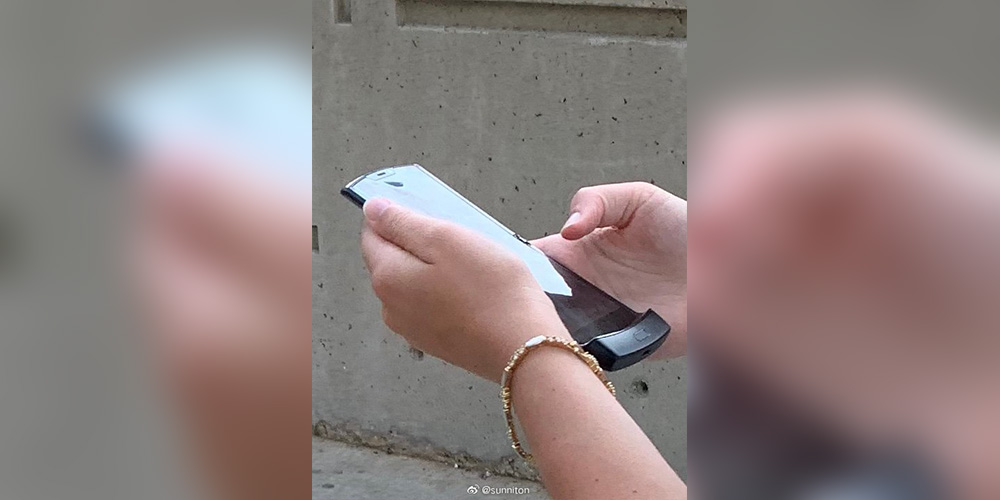 With just two weeks left until its full unveiling, the secret is out on Motorola’s folding phone. The Motorola Razr leaked in several renders this week, and now it’s shown up in the wild.

A post on Weibo (via DroidShout) shows what appears to be a Motorola Razr phone out in the wild. The image shows the exact same device that leaked in several renders yesterday with its internal folding OLED display, bump at the bottom with a fingerprint sensor, and a notch at the top to house the earpiece and cameras.

This should probably be taken with a grain of salt as all leaks should, but there are no huge red flags here from what we can tell. The only suspicious part of the image is a flat line along the bottom of the display, which notably isn’t seen in other renders. This could be due to software, though, so we won’t completely discount the image based on that. 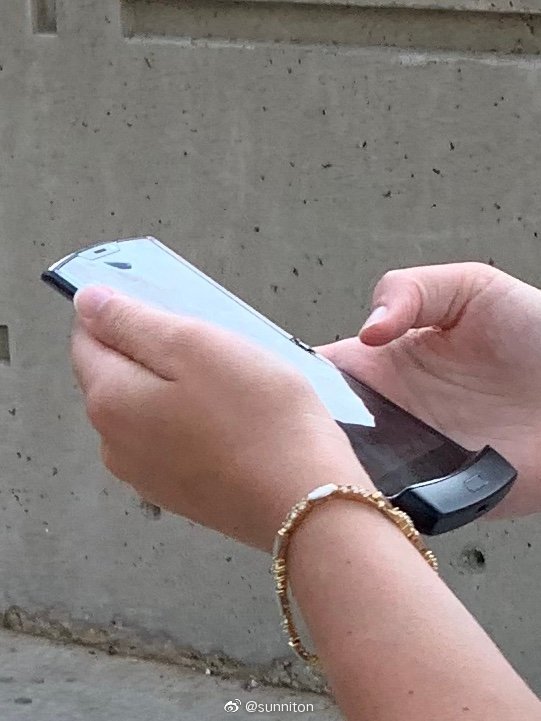 Motorola is expected to reveal the Razr on November 13, but we’re not sure when it will go on sale. After all, yesterday’s leak of what appeared to be a landing page mentioned registering for the device, hinting that a release could be at a later date. Also notable is that it seems very likely this device will be a Verizon exclusive based on some of the renders as seen below.