Nokia 2.2 review: An ultra-basic but quite impressive Android One phone [Video] 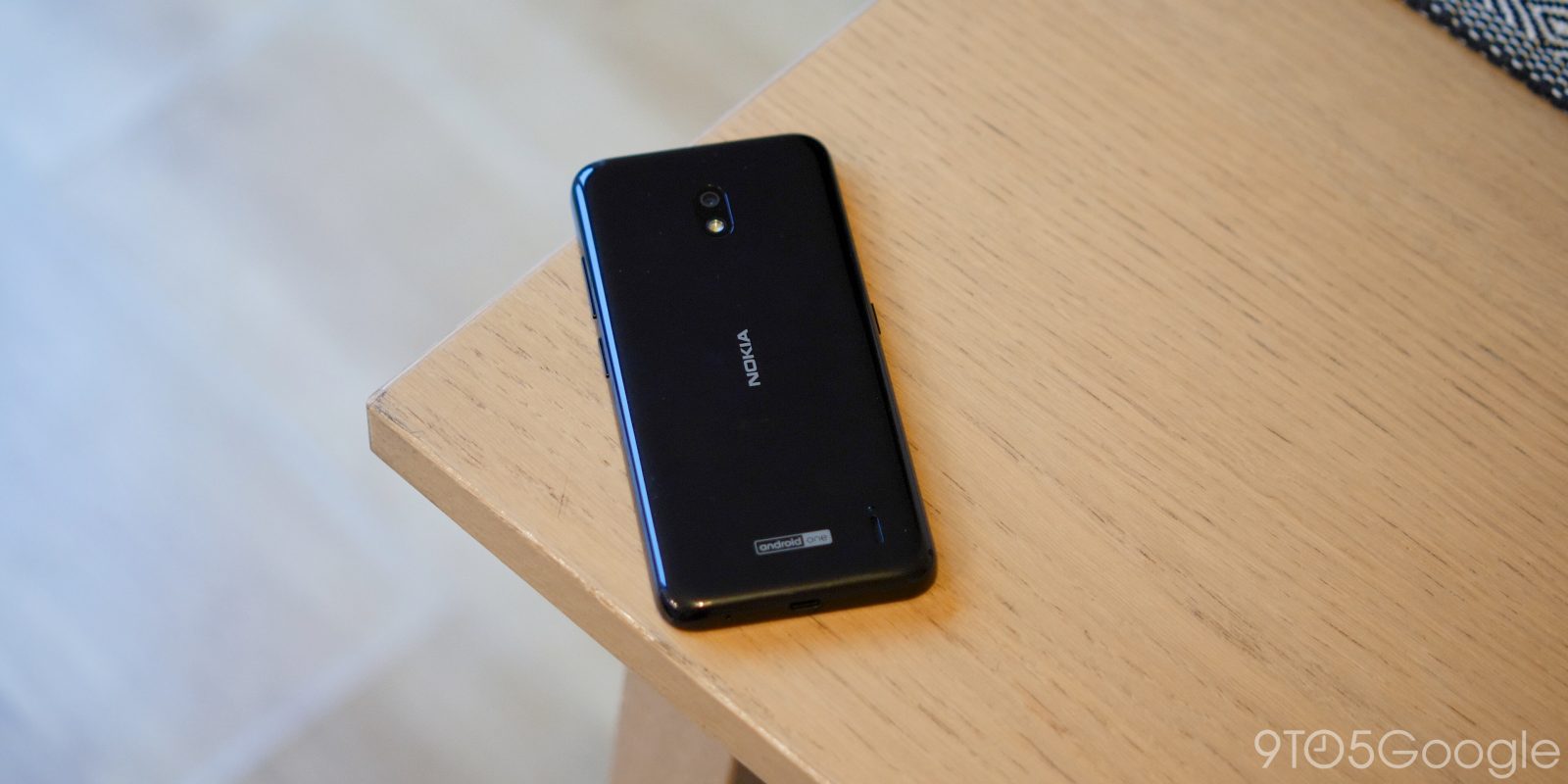 HMD Global has been particularly aggressive within the budget segment in 2019 — the Nokia 2.2 is one such affordable smartphone aimed at the low-end and emerging markets.

When you’re on the lookout for a cheap backup or maybe even an entry-level phone for younger children, siblings, or even elderly relatives, your search will often show up a ton of Nokia smartphones along with a flurry of phones from Chinese firms like Xiaomi, Oppo, and Huawei.

Priced at under $140 and coming unlocked, the Nokia 2.2 might be the perfect companion as a long-lasting backup that has all the benefits of a clean mobile OS — Android One. Make no mistakes, this is not like many of the phones we regularly review. It’s a phone that makes plenty of compromises as it is bound by a budget price tag.

But that doesn’t mean it’s a bad phone, it just means that you have to temper your expectations ahead of time.

I think one area that has improved immensely over the past three to four years is the quality of affordable smartphone hardware. No longer do you have to settle for cheap and flimsy phones that are poorly put together if your budget is modest or even tight.

HMD Global knows how to make phones that feel premium, and although the Nokia 2.2 doesn’t necessarily feel premium, it feels far better than many sub-$150 smartphones I’ve tried in the past. It definitely doesn’t compare well with glass and metal but the polycarbonate build does mean this phone should be able to take being thrown around a bit more without breaking.

While having a plastic backplate is nice, I was excited to find that it even comes with a user-replaceable battery. We’ve moved so far away from that in the mobile space that many low-end phones have non-removable batteries so this is a pretty nice bonus. There’s even room for dual SIMs if you want two lines on the same burner phone. 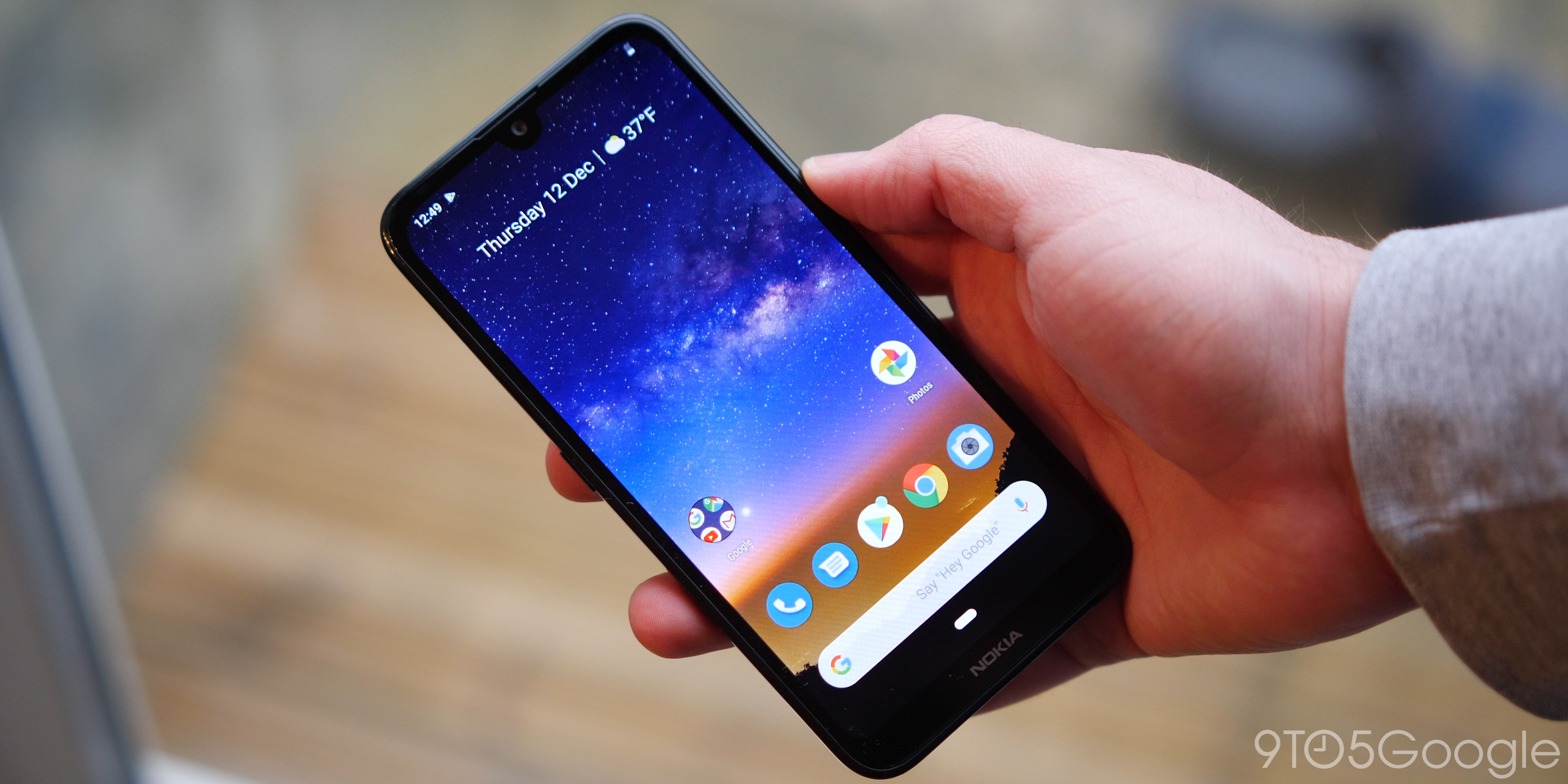 Inside the Nokia 2.2, you’ll find a very low spec MediaTek MT6761 chipset, either 2GB or 3GB of RAM and 16GB or 32GB of internal storage. You can increase that internal storage with a microSD card up to 400GB though. Yes, the base specs are very modest at best.

The 5.7-inch LCD display is only HD+ rated but it’s to be expected to keep the price below that $150 price-tag. It does have a dewdrop notch too along with sizeable bezels on all sides of the display. I’m surprised at the display as it isn’t as terrible as I had envisioned. You’ll notice the lower resolution as things are not quite a tack sharp as on a decent LCD display but this is far from terrible.

The inclusion of a headphone port seems to be par for the course with cheap smartphones but a micro-USB charge port really is painful to see — even on cheaper smartphones. The battery measures in at 3,000mAh, which on a smaller, cheaper device seems to be more than solid for everyday usage. 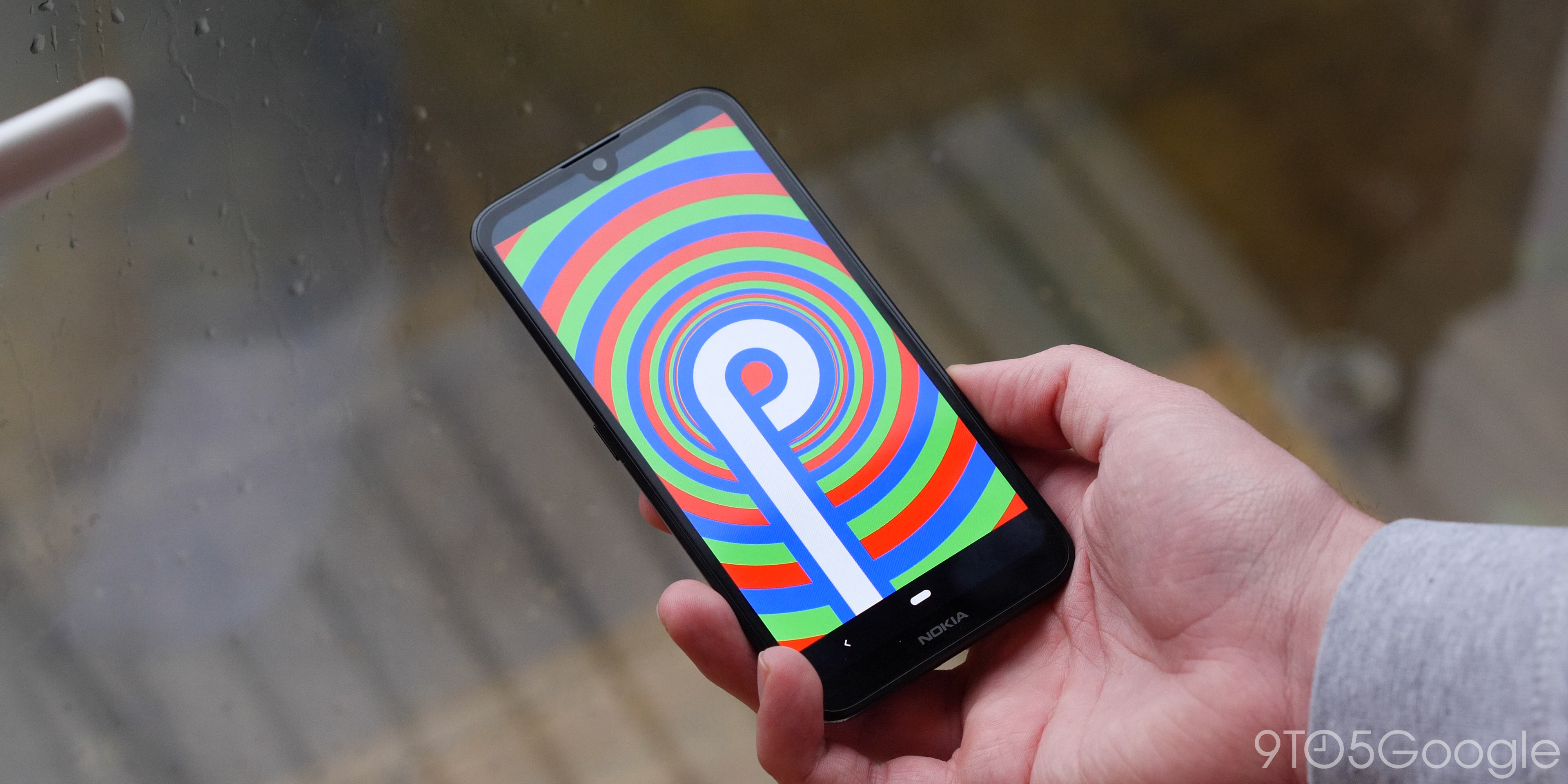 The basic chipset and low amount of RAM are not exactly promising for the Nokia 2.2 performance. You do have to temper your expectations, as things are not snappy by any means. That said, the lightweight Android One probably does help ensure that the phone doesn’t grind to a halt.

Opening apps is not quite instantaneous, which is very noticeable but once loaded, run reasonably well. I was worried about the typing and swiping experience but it’s quite solid. The haptic feedback is awful though, so it’s worthwhile disabling it.

Out of the box, you get Android 9 Pie, which will be upgraded to Android 10 in Q2 2020. That does mean that this will be one of the cheapest phones you can get with the latest OS upgrade. At the moment though, Android Pie runs reasonably well on the limited hardware. I can imagine a heavy skin would really drag on the Nokia 2.2 but at the moment, it’s a fair experience with some moments of lag here and there.

The biggest problem is the low RAM amount, it really does inhibit the device more so than the chipset in many regards. You can’t really load many apps and expect to see plenty of refreshes if you’re switching between apps frequently. 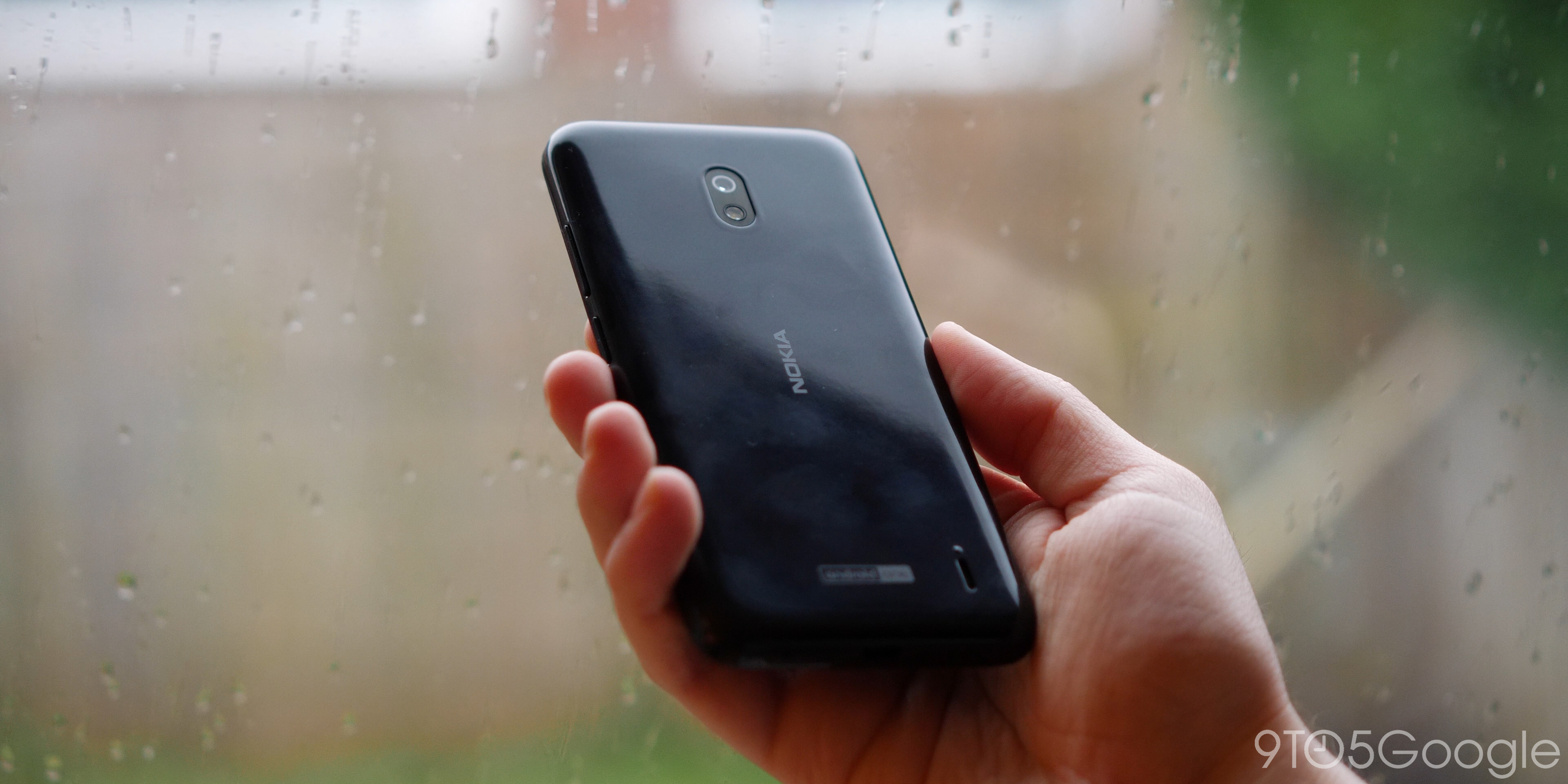 At no point did I expect the Nokia 2.2 camera to wow me, and it duly delivered. The solo 13-megapixel is not what I would call good. It’s grainy, has poor dynamic range, and the overall experience is only ever going to be disappointing.

Of course, nobody buying this phone is expecting a DSLR replacement but if you want to take a snap of something, the Nokia 2.2 will do a job. However, do not expect anything but major disappointment in low-light environments. The front-facing camera is similarly poor with 5-megapixel shots being grainy, lacking in major detail and overall being pretty lackluster.

Video modes are similarly poor. You can only record 1080p footage at up to 30fps, which is just borderline acceptable at this stage of 2019. There is absolutely no stabilization of any sort either. Avoid video at all costs is my advice. 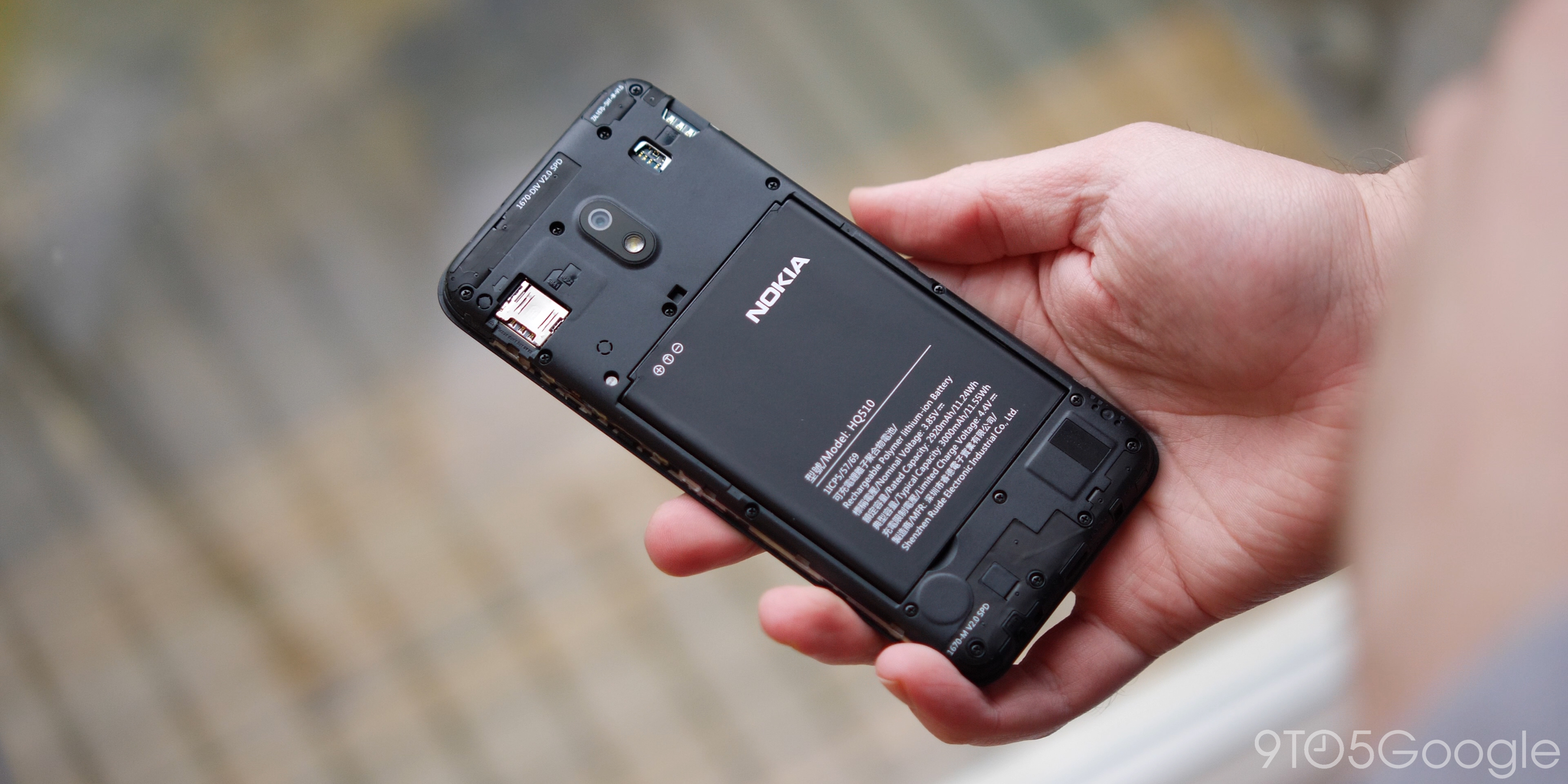 Considering the poor specs and modest display resolution, you’ll expect solid battery life and the Nokia 2.2 duly delivers. I used it with a secondary SIM during my review period, and although it wasn’t used much for texts and phone calls, my synced accounts were all logged in and used regularly.

It will easily manage a day, potentially even multiple days as it has with me as a backup device. The fact that it comes with a replaceable battery is just icing on the cake. The most disappointing aspect is the inclusion of the micro-USB charge port. You’ll also rely on slow 5W charging too. A secondary battery is the fastest way to go from zero to 100%.

While the Nokia 2.2 is a nice little oddity in a market of high-end flagships and mid-range value for money, in all honesty, you’re still far better off getting a used device or just upping your budget a little further for an overall better smartphone. The Pixel 3a is still the outright benchmark for budget phones in the US, and you’d be far better off grabbing one over the Nokia 2.2 if you value performance and overall experience.

As a backup or just a cheap starter phone though, the Nokia 2.2 is a decent little option that does the basics reasonably well.

At just $139 unlocked from Amazon, you’re getting a long-lasting backup or emergency phone. However, we’d still suggest opting for something slightly more expensive. The Google Pixel 3a may cost just over double the amount of the Nokia 2.2 at around $380 but you’re getting a far superior smartphone.