Since the start of this week, investors have been waiting for Alphabet to hit a market value of $1 trillion. Google’s parent today joins only three other companies to ever hit that marker.

GOOG closed at $1,451.70 today when the market closed at 4 p.m. ET for a market capitalization — or total value of all a company’s stock — of $1 trillion. It’s calculated by multiplying the price of a stock by the total number of outstanding shares.

This prestigious club includes Apple, Microsoft, and Amazon, though the latter’s market cap is currently under the $1 trillion threshold. The iPhone maker was the first U.S. company to hit the milestone in 2018.

CNBC notes that financial analysts are bullish following the appointment of Sundar Pichai as CEO of Alphabet in December. It follows co-founders Larry Page and Sergey Brin stepping back from active managerial roles. There is hope that the Google CEO will bring discipline to the other bets, which have been losing money.

Overall, those projects are beginning to commercialize after years of development. This includes Waymo’s self-driving cars and Verily’s bio-tech. Other promising areas include Wing for aerial drone delivery.

Meanwhile, within Google, the advertising business continues to be a moneymaker, while there are many hopes that the Cloud enterprise division will rise from its third-place position behind Microsoft and Amazon.

Alphabet’s $1 trillion value milestone was met with cheer from employees. 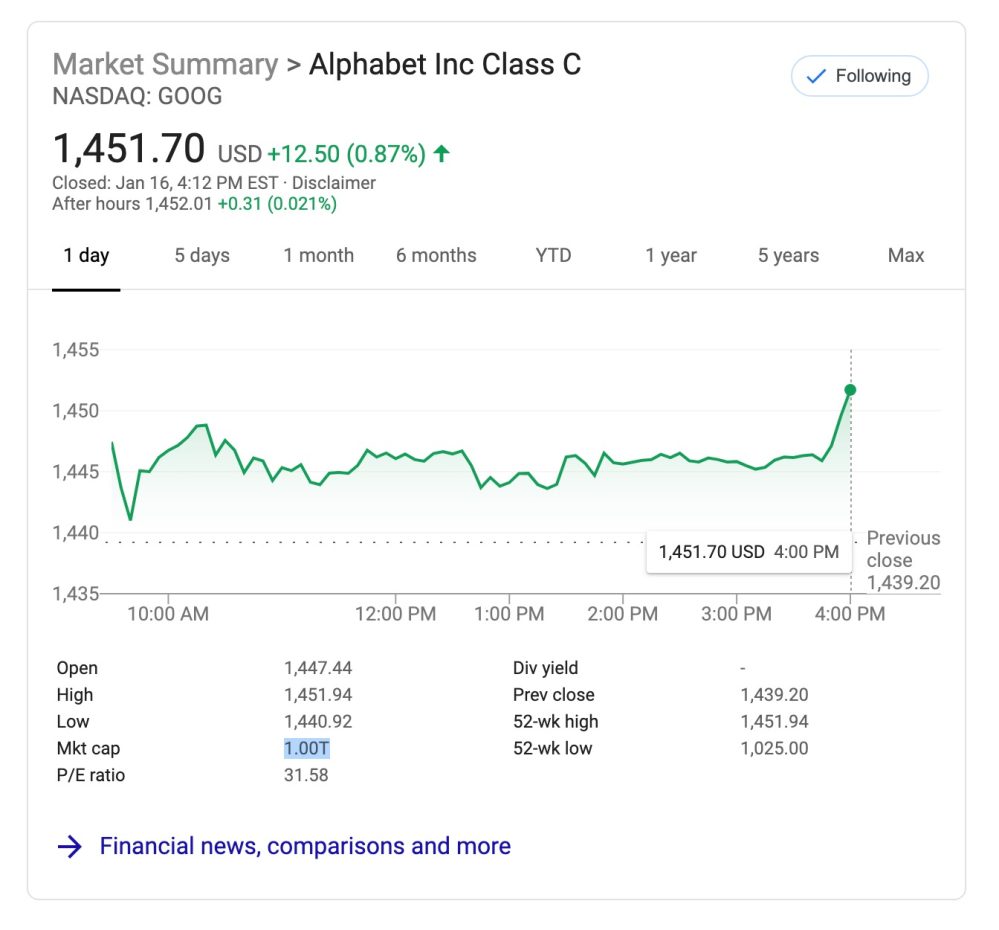