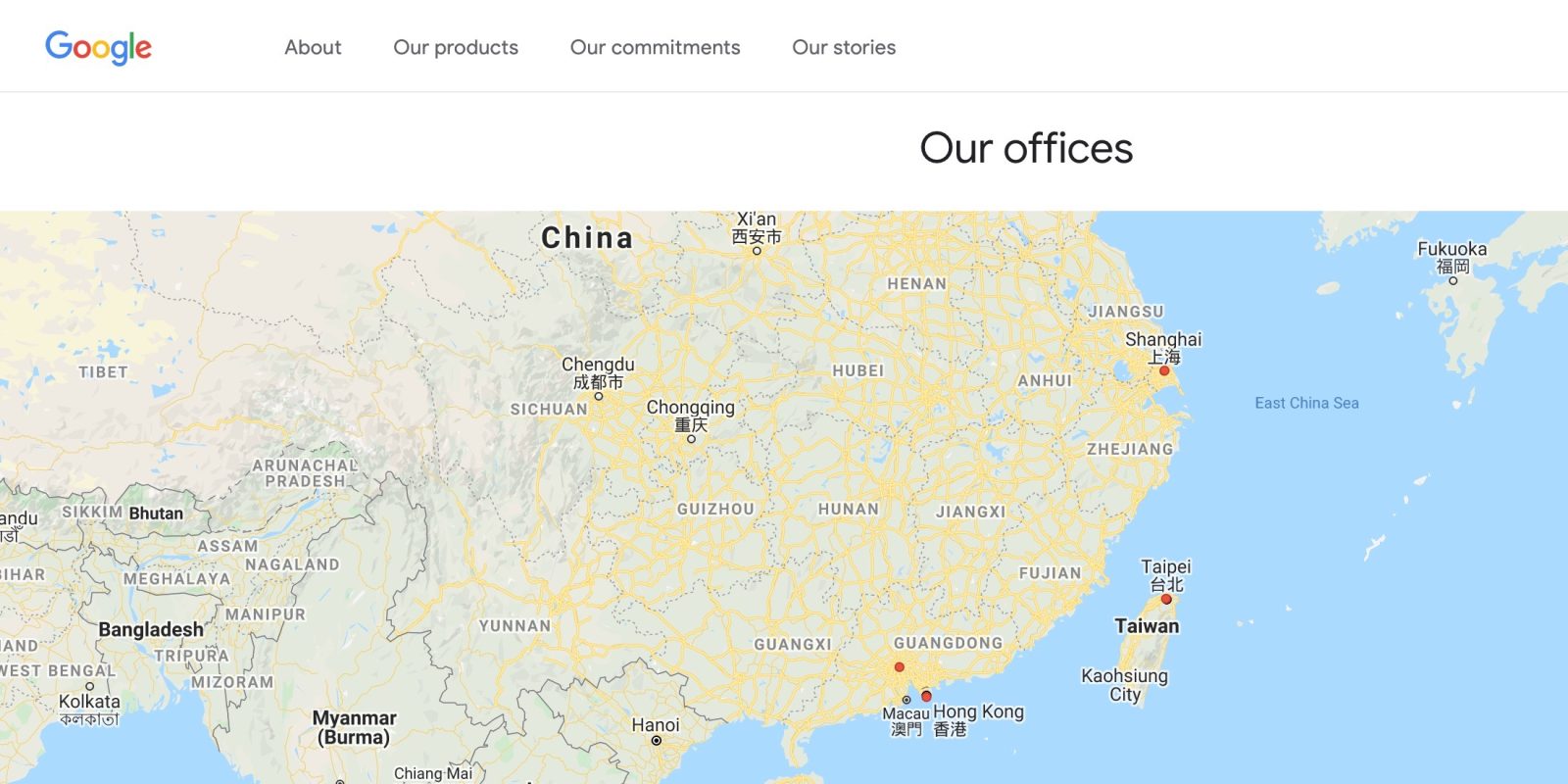 In recent days, the global tech industry has been responding to the coronavirus. Google today announced that it’s temporarily shutting down offices in China, Hong Kong, and Taiwan, while instituting travel restrictions.

According to the Verge, all Google offices in mainland China — including Beijing, Guangzhou, and Shanghai — will be closed. The company has confirmed that sites in Hong Kong and Taipei are similarly affected. At the moment, they are already empty due to the extended Lunar New Year holiday mandated by Chinese authorities.

While web services are blocked in China, Google has a particular presence focused on AI research, and through partnerships with local companies. Meanwhile, its product supply chain is located in the region. The Taiwan presence include 2,000 ex-HTC employees and a larger campus. Hardware employees often have to fly to China to oversee production and prototypes.

It emerged last year that Google was shifting server hardware manufacturing meant for the United States out of China to Taiwan. The country, along with Malaysia, is also seeing more Nest production. Meanwhile, another report said that Pixel phone production was headed to Vietnam.

Meanwhile, there are temporary business travel restrictions on Googlers for mainland China and Hong Kong. Current employees in China are advised to return home, and to avoid their local office for 14 days after leaving to reduce possible transmission.

According to the Centers for Disease Control and Prevention (CDC), most cases are associated with travel from Wuhan City in China’s Hubei Province. As of Wednesday, 132 people in China have died, while there are 10 infections in Hong Kong and five in Taiwan.