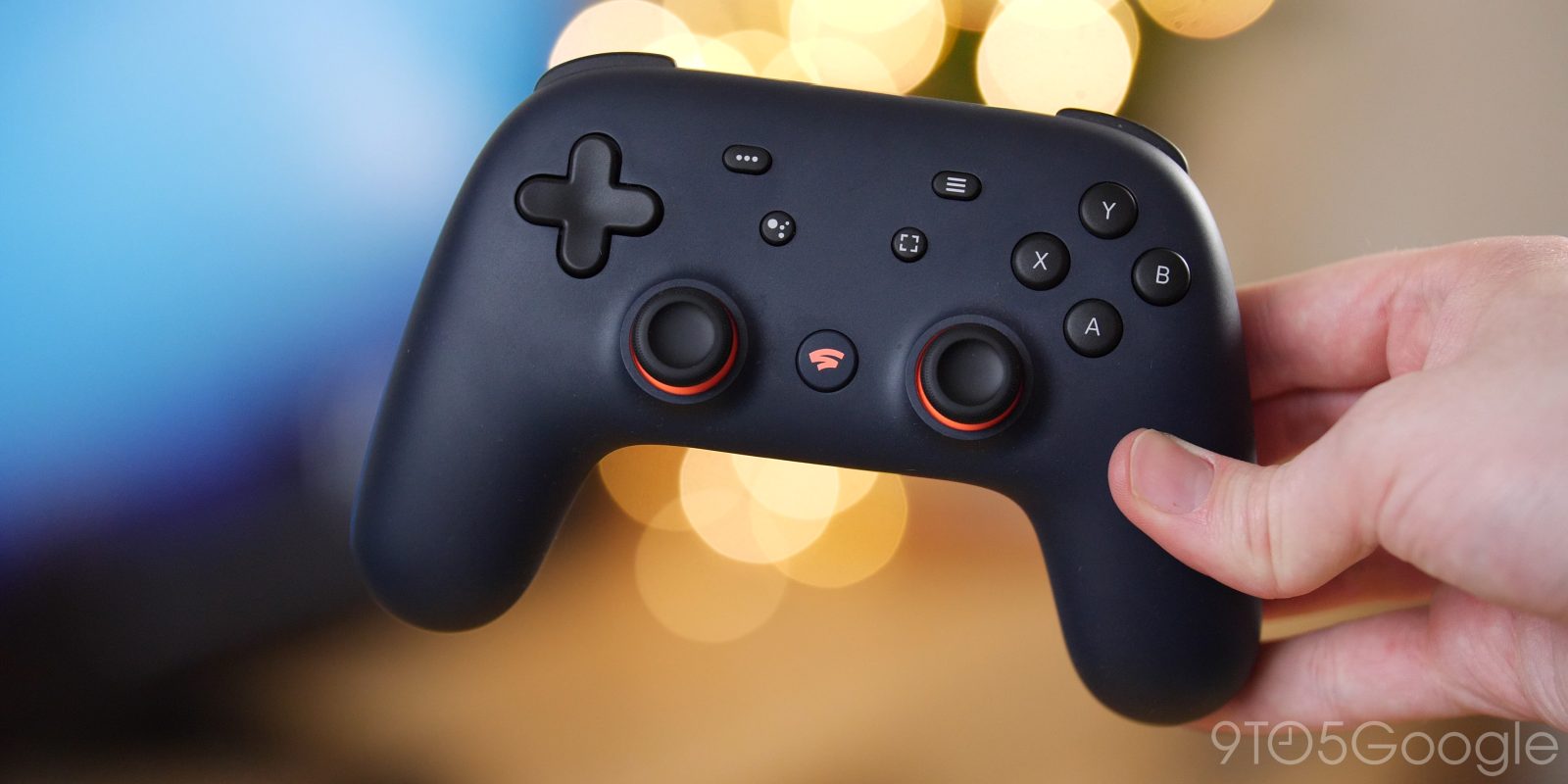 This March haul is an increase from two monthly additions, and starts with GRID. Usually $59.99, the racing game includes a 40-player Endurance Mode that is exclusive to the cloud gaming platform.

GRID is a racing experience like no other. Offering unrivalled wheel-to-wheel racing for everyone, where every race is unpredictable as you create rivals and nemeses on your road to conquering the world of motorsport. Play now and get your heart racing.

Next up are two titles from the SteamWorld series that were announced last week. SteamWorld Quest: Hand of Gilgamech is a roleplaying card game, while SteamWorld Dig 2 is a steampunk western platformer.

Explore the humorous, irreverent, and farcical fantastic card-battling world of SteamWorld Quest, and embark on spectacular subterranean spelunking in the award-winning SteamWorld Dig 2. 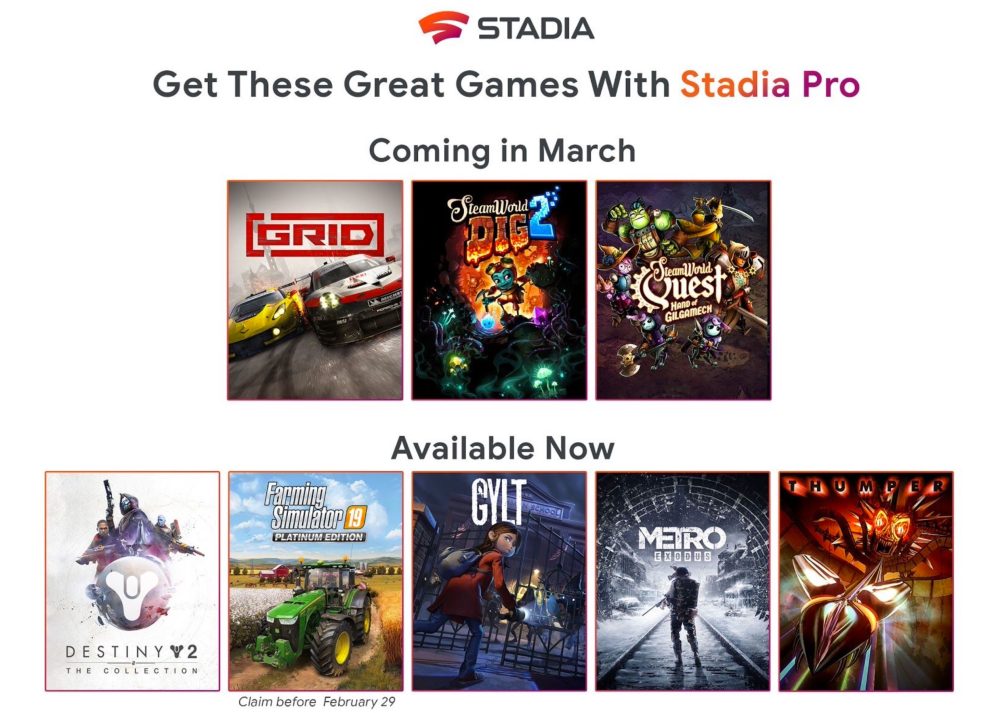 Dropping out of Pro on February 29 is Farming Simulator 19 Platinum Edition. Gylt and Metro Exodus from February remain with Destiny 2: The Collection and Thumper for a total of seven titles. Meanwhile, subscribers can take advantage of deep discounts on six games.

Last month, the latest Pro titles went live at midnight PT.  You can visit the Stadia Store on Android, iOS, or web to claim the Stadia Pro March 2020 games. They will join the Pro games carousel, or you can manually look for the listing.