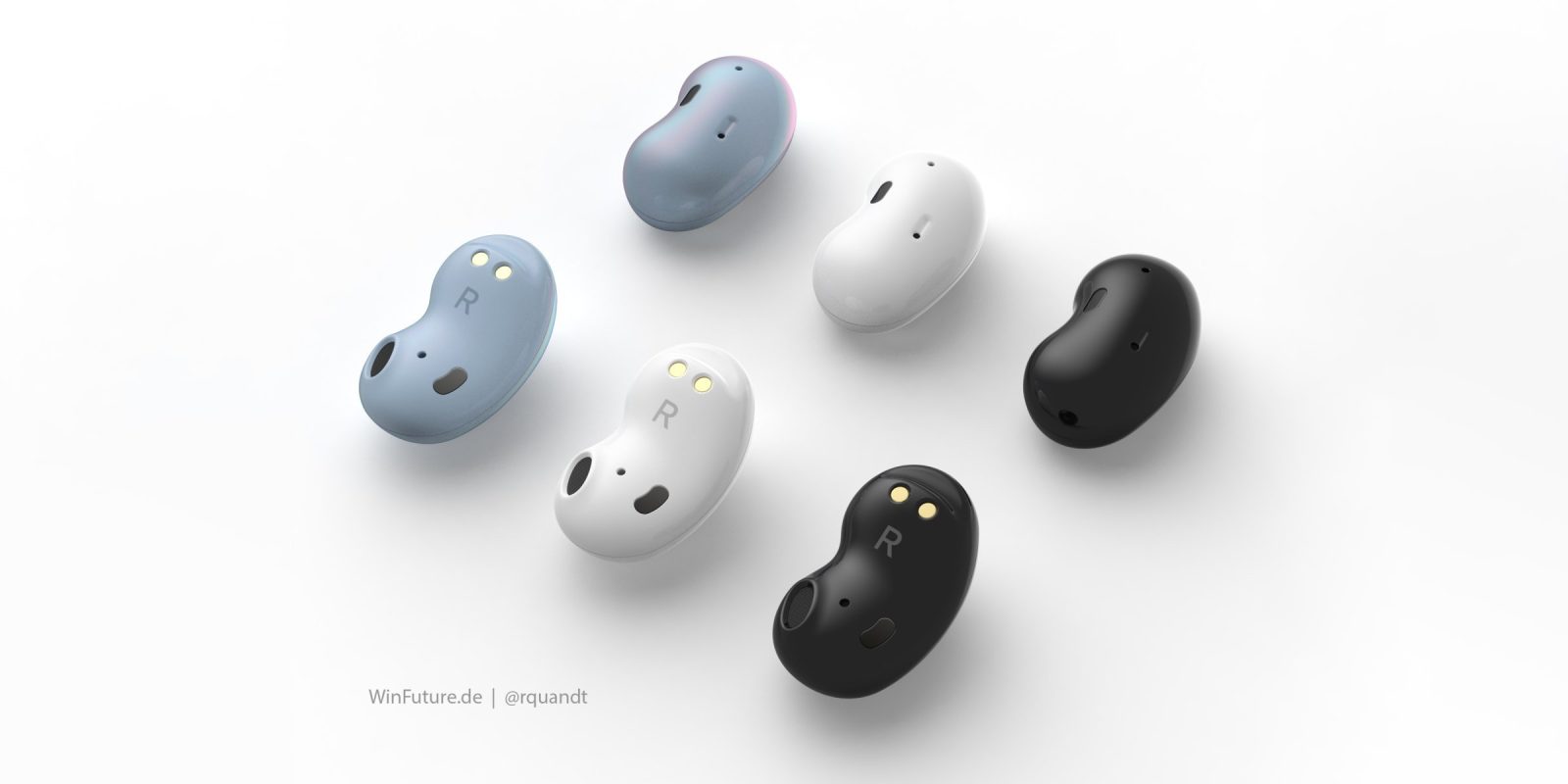 Truly wireless earbuds have taken the market by storm and Samsung has been no exception. The company’s Galaxy Buds lineup has proven very popular with two similar models, but it appears Samsung has plans to introduce a next-gen model that introduces a complete redesign.

According to a report from WinFuture, Samsung’s next-gen Galaxy Buds are apparently set to be released sometime in the next several months — possibly alongside the Galaxy Note 20. These new earbuds are a huge departure from anything Samsung has put out before both in terms of what they can do, but also what they look like.

First, let’s address the elephant in the room — this is a really weird design. As pictured in this article, Samsung’s next-gen Galaxy Buds take on a shape that’s not at all “usual” for headphones. Appropriately codenamed “bean,” these headphones look a lot like a kidney bean. This allows Samsung to offer a much more compact design that shouldn’t protrude from the ear very much.

How exactly users will put these new earbuds in their ear remains to be seen, but a good guess is that the speaker area will go into the ear canal while the top portion — with the “R” or “L” indicator and charging pin — would rest vertically in the “main” portion of your ear as is pictured below.

Since there are no silicone attachments, it seems very likely that noise cancellation of any kind will not be available. Lows may be improved, though by an outside channel that is similar to what you’d find on a subwoofer.

Samsung is still in development on these headphones, apparently at the Engineering Validation Testing (EV1) phase, so obviously some details remain unknown such as pricing. At this point, it’s still entirely possible Samsung could scrap the project entirely too.