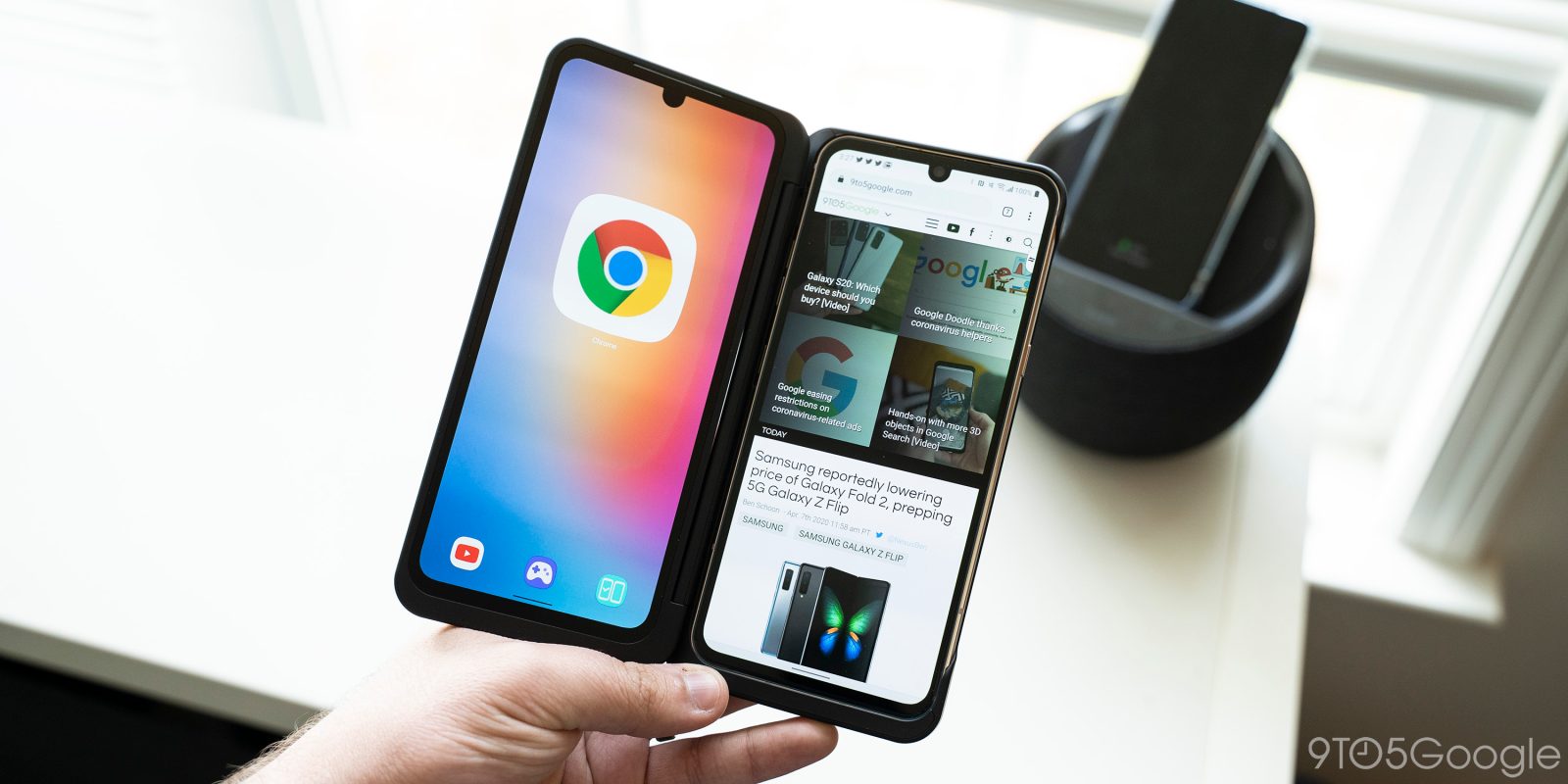 In the Android world, two different types of “foldables” have been on the rise — those that have a foldable display like the Galaxy Z Flip and those that have two separate displays like the LG V60 ThinQ and Microsoft Surface Duo. It looks like Google Chrome for Android is now looking to improve the latter kind of foldables with support for multiple displays.

One of the best aspects of using multiple displays, whether on a laptop or a phone, is the ease of multitasking. On the desktop versions of Chrome, it’s easy to just open two windows side-by-side to work in one while keeping the other open for a reference.

Doing something similar on Android has, to this point, never been easy, though there are almost certainly hacky ways to make it happen. Instead, dual-screen phones are currently offered an expanded view of a single Chrome tab.

With the advent of foldables, Google is now getting Chrome for Android ready for multitasking primetime on these new devices. In a new code change uploaded today to Chromium’s Gerrit source code management, work has properly begun to use Chrome across multiple displays, building on early work started in 2018 for early dual-screen phones like the ZTE Axon M.

According to the code change’s description, you’ll be able to use your second display to open a second, separate tab, possibly using Chrome’s “Move to other window” option, first spotted back in the Nougat days. Additionally, there are new protections in place to merge your two sets of tabs back together when your second display is turned off or disconnected.

Like most other new Chrome features, the work is getting started behind a new flag in chrome://flags, though it’s likely the wording below will change before we see it live on a device.

When enabled, tabs can be moved to the secondary display.

As Google has its employees worldwide working from home, it’s hard to say when we could expect the dual-display support to launch in Chrome for those of us who use devices like the LG V60. Considering Microsoft’s Surface Duo phone is due out later this year and that the company uses Chromium as the basis for its Edge browser on both Android and Windows, it wouldn’t be a surprise to see Microsoft contribute to Google’s efforts for multiple display support in Chrome. So far though, that hasn’t been the case.