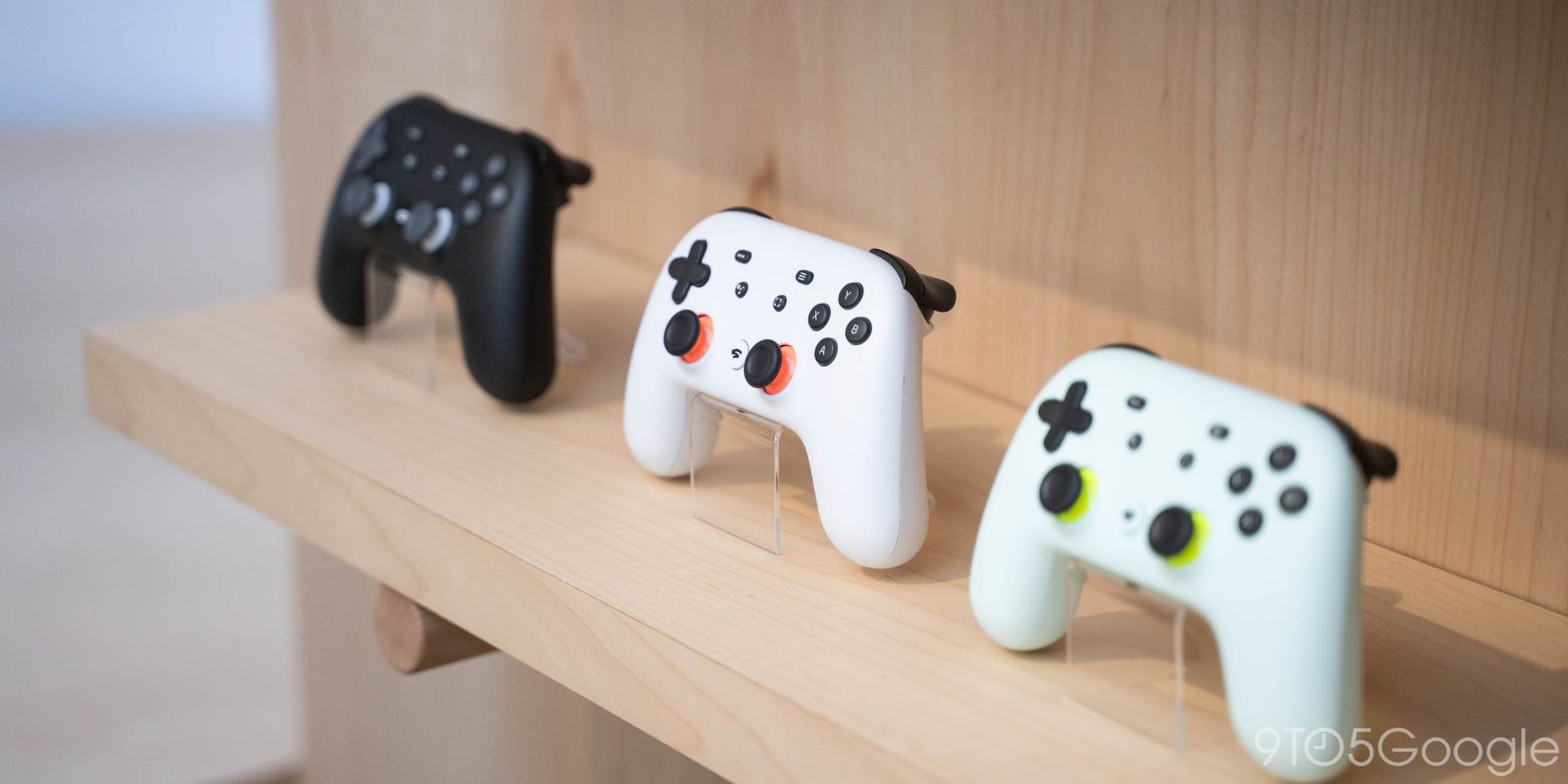 In January, Google laid out a Q1 roadmap for its game-streaming platform. While 4K gaming on the web and support for non-Pixel phones rolled out, wireless Stadia Controller support for Stadia.com has yet to launch. The website is now prompting users to install an available Stadia Controller update.

Users playing on the web today are receiving a generic “Controller update available” message. It appears on the homescreen or in a game the moment you connect the first-party accessory via USB.

Use the Stadia mobile app to connect your controller to Wi-Fi and install the latest controller update.

Following the message and opening the Controller menu on Android or iOS does not actually let you install new firmware. That said, you can manually force the update by resetting the Controller — hold down on the Google Assistant and Capture buttons for six seconds. This will begin the pairing process to select a Wi-Fi network and enter the password. After that step, an update will download and reboot your Controller when complete. 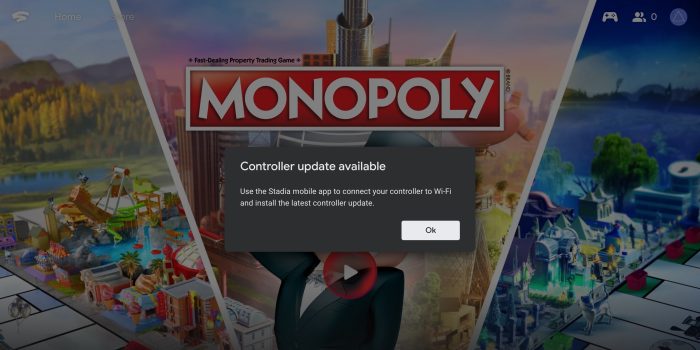 Update 4/29: A day after that message first appeared, the Controller update is now rolling out. Turning on the device and opening the app will display an “Update in progress” status. This process starts automatically and is also denoted by the blinking orange-and-white indicator light.

Even after taking these steps, there is no discernible difference or new Controller features. The touted in-app update UI could require a server-side switch or new version.

This could be readying the stage for a wireless Stadia Controller support online, with the web presumably also needing its own update. This capability is currently limited to the Chromecast Ultra when playing on TVs, while Android support is also expected.