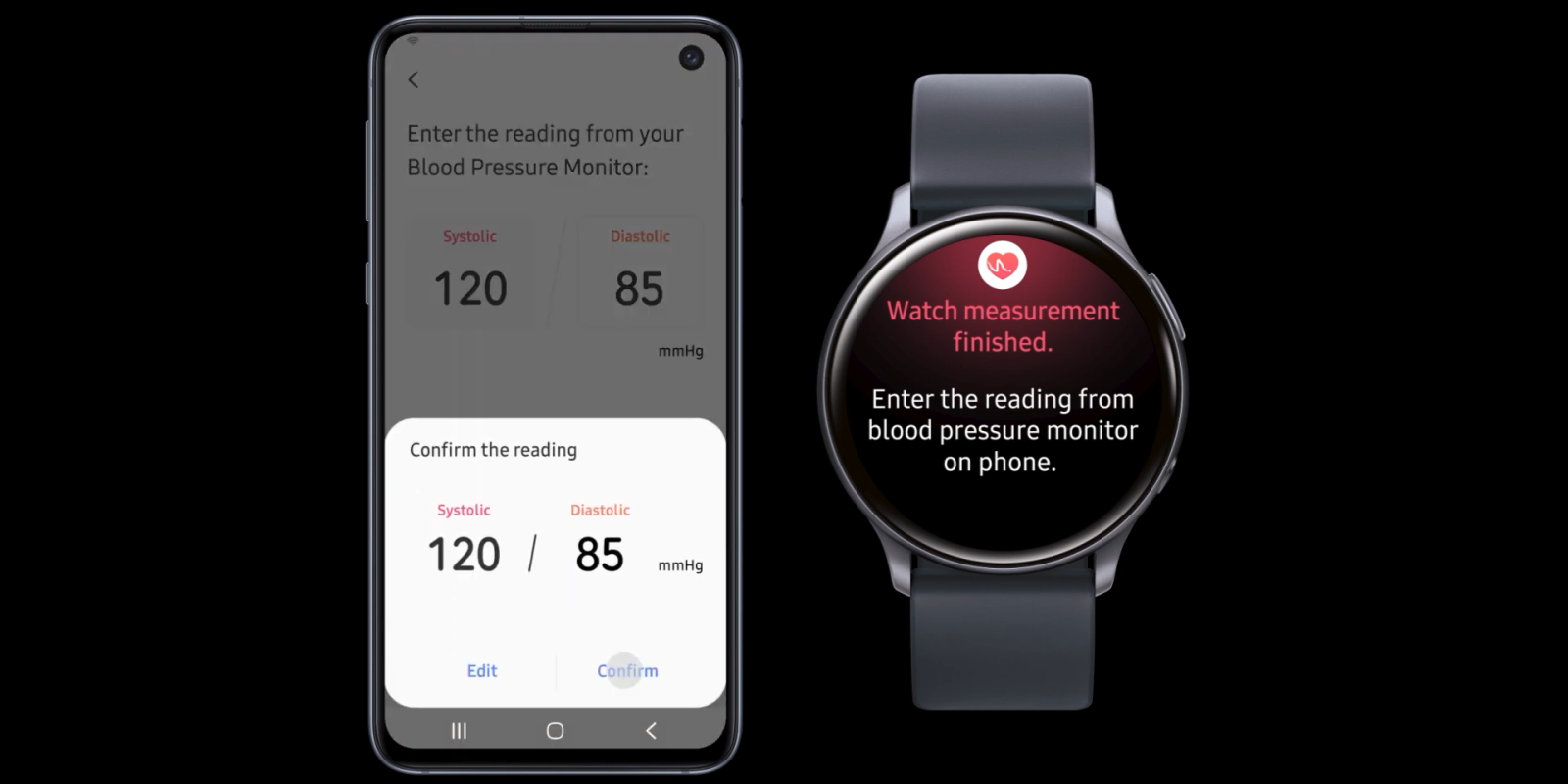 Samsung is set to give the Galaxy Watch Active 2 a neat new blood pressure monitoring feature via an app update and an add-on cuff.

The tech firm announced the decision in an official blog post confirming that an app update for the Samsung Health Monitor app was cleared by South Korea’s Ministry of Food and Drug Safety (MFDS) as a Software as a Medical Device (SaMD) for measuring blood pressure.

[Update 06/18]: The blood pressure monitoring feature is now rolling out for those with the Galaxy Watch Active 2 in Samsung’s homeland of Korea (via The Verge). This comes after approval was finally granted for the enhanced health tracking feature.

That said, the Galaxy Watch Active 2 is still not a full-blown replacement for a traditional blood pressure monitoring cuff. Samsung also mentions that you’ll actually need one to calibrate the app once every four weeks or so. That is a solid idea though, as optical-based sensors are only able to measure changes in blood pressure, rather than giving an accurate “flat” assessment.

When you measure your blood pressure with the Galaxy Watch Active2, the measurement results can be synced to the Samsung Health Monitor app on your Galaxy phone. You can track your blood pressure by days, weeks or months and choose to share this information with your doctor for review or consultation.

Samsung also confirmed that ECG tracking on Galaxy Watch 2 devices will come “within the third quarter of this year.” That is likely one of the most anticipated upcoming additions to the impressive Galaxy-branded smartwatch. The firm was less clear on when these features might expand outside of Korea though.

High blood pressure is known to cause significant increases in the risk of brain, kidney, and heart diseases. By allowing you to track your blood pressure from your Samsung Galaxy Watch, it will help you manage your heart health via the Samsung Health Monitor app.

“The Samsung Health Monitor app has the potential to help millions of people around the world who are affected by high blood pressure,” says Taejong Jay Yang, Corporate SVP and Head of Health Team, Mobile Communications Business at Samsung Electronics. “This is one of many examples of how Samsung is integrating its best-in-class hardware with the latest software innovations to innovate mobile experiences.”

The Samsung Health Monitor app is set to be available on the Galaxy Watch Active 2 at some point in Q3 2020, with support also likely expanding to upcoming Galaxy Watch devices after that period. While this is great news, the feature has only been approved in South Korea, which means it will need approval in other countries and local health authorities before we’ll see blood pressure monitoring around the globe.

This blood pressure monitoring is also joining the hand-washing timing feature that has already rolled out for Galaxy Watches over the past few weeks. It’s great to see added functionality long after a device has been released, and this is fantastic health tracking or monitoring addition.