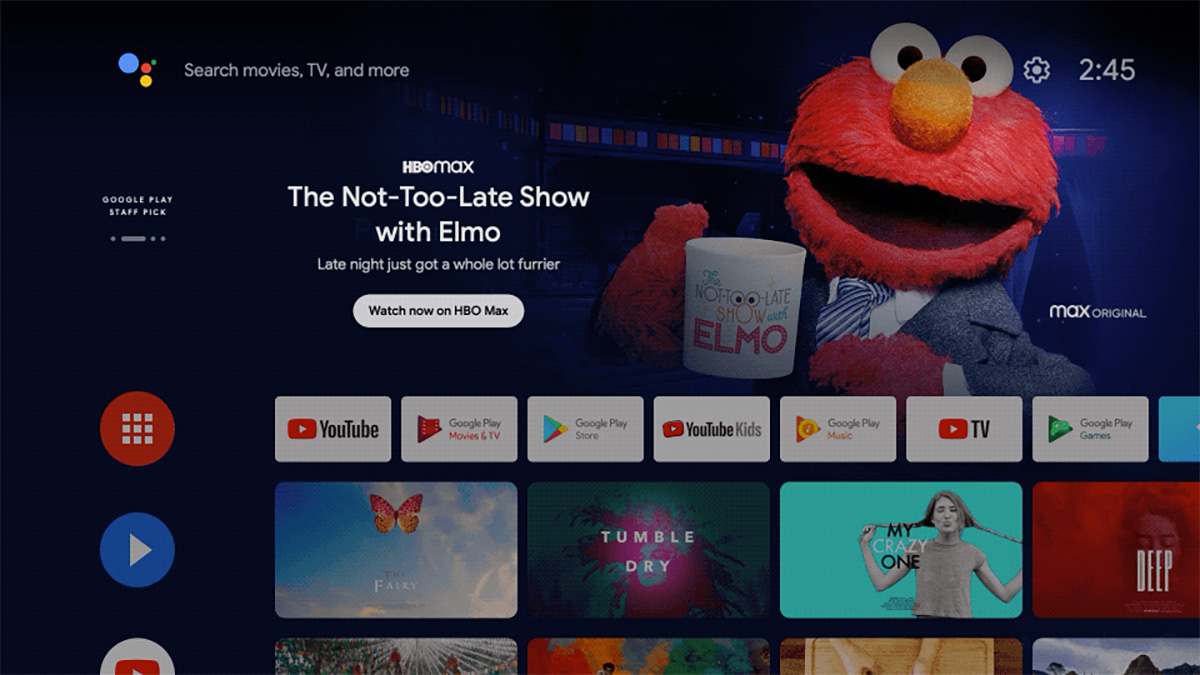 Google’s Android TV platform has been growing at a rapid pace and, recently, has seen launches like HBO Max and Peacock which simply aren’t on competing platforms. Today, Google is announcing two new features to help you find new content on Android TV, although one of those “features” is a row of homescreen ads.

In a blog post, Google explains that Android TV is getting new “cinematic teasers” for content on its homescreen. Seen below, these teasers at the top of Android TV’s homescreen can include movies/TV shows handpicked by Google Play or sponsored through partners (US-only for now). Google also says that content from streaming services you directly subscribe to can also appear in this section once you’ve linked them to your Google account. Apparently, those choices will affect other Google products as well.

For most users, I assume the reaction to this will be that Google is just adding ads to Android TV. Really, that is true, but it’s not very intrusive which is nice.

When your Android TV device first loads up, the “cursor” is still locked on your app row, so none of the muscle memory for getting to your favorite apps will change. You’ll only see auto-playing videos or the full “cinematic teaser” if you scroll up. Personally, I’ll still take this over Roku or Fire TV’s designs any day. Unfortunately for those who enjoyed Android TV’s ad-free experience, though, this new section cannot be turned off as Google confirmed to us.

Next time you pick up the remote, pop above your favorite apps row and scroll through suggestions or catch a quick trailer to help you find something you’ll love to watch. We’re now sharing cinematic teasers for the most popular movies and shows handpicked for you by Google Play’s entertainment experts or sponsored by media partners (starting in the U.S.).

Beyond that, Google is also formally announcing Android TV’s “Subscribe & Install” feature. Previously appearing for some apps, this feature allows users to quickly install an app that uses a paid subscription without going through the hassle of setting up a new account or entering billing details. Instead, that’s all handled by the Play Store and your Google account.

With new releases coming out daily, the latest must-see show might be on an app that you haven’t subscribed to. Filling out sign-up forms with your remote or phone can be time consuming, so we’re making it easier to subscribe to apps on Google Play. Simply find your app and click on “Subscribe and install.” Google will do the rest and set up your account using your email address with just a couple clicks.

Both of these changes are rolling out to Android TV devices globally starting today.