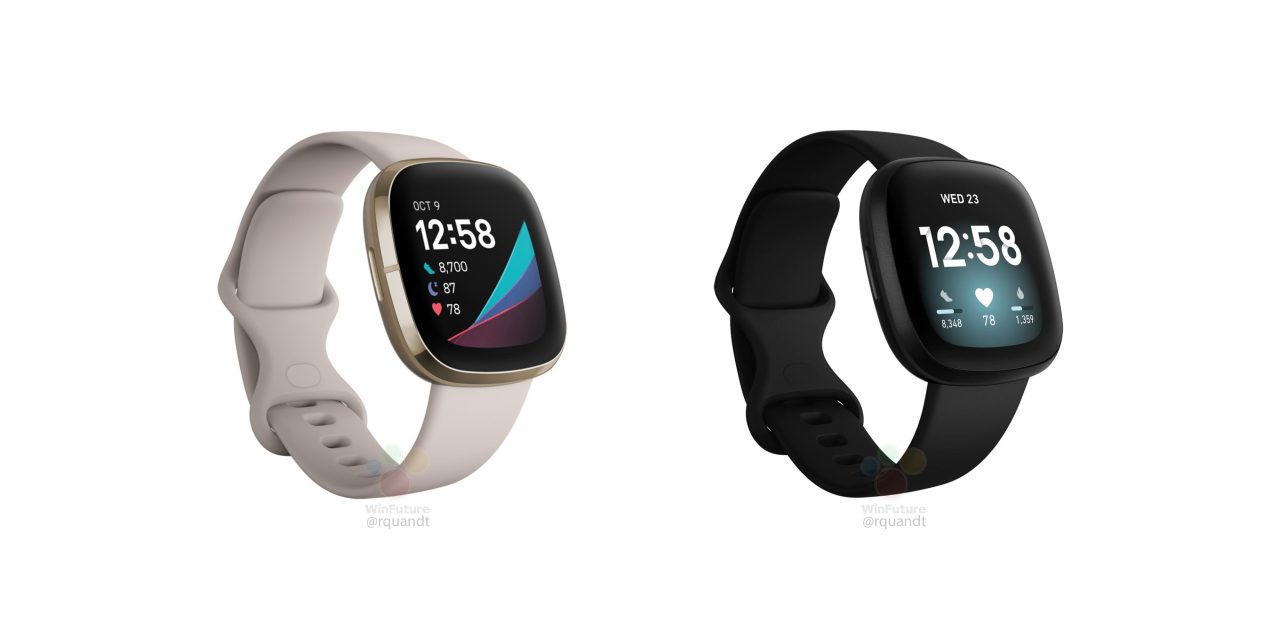 As we await the close of Google’s deal with Fitbit, the company is still pumping out some new hardware. Later this year, we’re expecting some new smartwatches, and today, those have leaked offering our first look at Fitbit Versa 3 and Fitbit Sense.

WinFuture posted today a collection of images of three upcoming products from Fitbit. That includes the Fitbit Inspire 2, the second in a series of fitness trackers that offer similar functionality to the Charge series, but at a lower price point.

More exciting, however, is the early reveal of Fitbit Sense and Versa 3. No specs or firm details are offered on these new smartwatches, but there are a few things we can gather just from looking at these leaked renders.

For one, both Versa 3 and Sense are ditching physical buttons. In the location where Fitbit Versa 2 offered a single, multi-use button, there’s now just a divot in the casing. Presumably, that’s a touch and/or pressure-sensitive area just like the Fitbit Charge 3 and 4 have offered.

On the under-belly of these products, though, we can obtain a few more details. Fitbit Versa 3 has icons for what appear to be voice controls, location/GPS, and water resistance of 50M. Fitbit Sense, on the other hand, adds a fourth icon that appears to relate to your heart. Both models clearly have the needed hardware for heart rate tracking, so clearly Sense is offering something extra. Presumably, that could be ECG/EKG functionality.