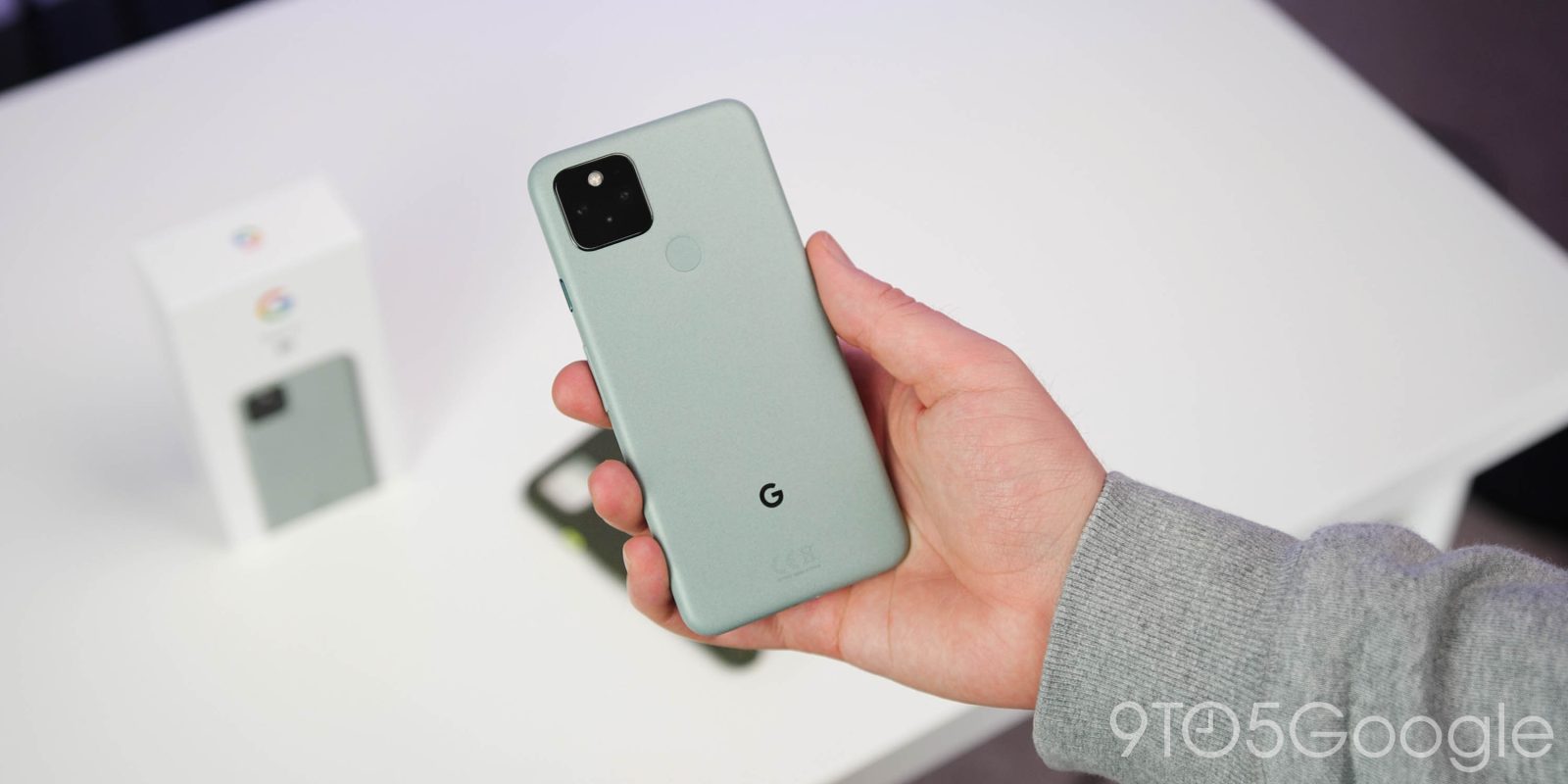 While North America has to wait, some European markets already have the Pixel 5 shipping out to those that have pre-ordered early. We’ve spent 24 hours with our own retail unit to give you some of our Pixel 5 first impressions.

Before launch, we speculated about just what a more “mid-range” but still “premium” Pixel 5 would be like. Unlike the “a” series Pixels such as the 3a and 4a, this is a real shift from Google in hardware terms but also in performance.

On paper, the Pixel 5 has a chipset that benchmarks similarly to the Qualcomm Snapdragon 845. It’s definitely true that specifications can give you a fairly good indication of what to expect ahead of time, but they do often only tell one side of the story.

That doesn’t mean that our first impressions were not preemptively tempered by the “modest” Pixel 5 internals. But they were thrown out of the window rather quickly once we really managed to get to grips with this paradigm-shifting Pixel.

After 24 hours with the latest Made by Google phone, here are five reasons that we think you’ll love this more affordable flagship Android.

As far as things you’ll love about the Pixel 5, reverse wireless charging might come as a bit of a surprise. That said, if you own a pair of Pixel Buds or other earbuds that include Qi charging support, wow is this is a nice little bonus inclusion. I have barely had the Pixel 5 out of the box and even at this early stage, I’ve already used the feature twice.

Being able to top-up my earbuds for five or 10 minutes here and there is already proving to be a fantastic feature — that on Pixel devices I didn’t think I really needed. Yes, other devices have had it first, but it’s still a nice option to have when your companion earbuds can be topped up on the go. Heck, you’re not even limited to headphones either as reverse wireless charging might be a neat option if a friend or a family member needs a little battery bump to get them through the rest of their day.

Naturally, first impressions count, and if you’re not a case user or abuser, then the resin-coated aluminum chassis of the Pixel 5 might endear you right away. I’ll say it upfront: it feels very much like plastic but in a really good way. Glass is great, and textured glass is even better, but for grip, a plastic or plastic-like texture is far superior.

Even at this early stage, I feel less inclined to put the Pixel 5 into a case than previous models, especially as the “Sorta Sage” variant demands to be seen more so than the “Just Black” model. Those that happen to be strictly “anti-case” will likely prefer not having to worry about damaging a back glass panel too.

To Google’s credit, the poor initial battery life on the Pixel 4 series last year was remedied with the release of the Android 11 Beta phase and the full release. However, getting a bigger 4,000-4,080mAh cell is still a big bonus, especially as the display is smaller and slightly lower resolution — not that you’ll notice the bump down to FHD+.

After my first 24 hours with the Pixel 5, my first impressions are pretty good. Battery life seems really solid, which is something I wasn’t always able to say about any of my previous flagship Pixel devices. The bonus here is that the Snapdragon 765G is a less power-hungry chipset, so should hopefully ensure long-term lifespan remains good.

Charge speeds could be a little faster across the board, but they are likely good enough for every day, especially as so far, it looks as though you don’t need to seek out the charger quite as often.

It’s amazing to think that the Pixel 5 is effectively the first Android smartphone to have uniform bezels on all sides of the device, and it sure leaves an impression. When compared directly to the Pixel 3 XL and 4 XL, you can see the evolution of the design.

Sure, not everyone will be a fan of the punch-hole notch cutout, but if it brings us more Google-made smartphones with a symmetrical look, we’re sure it will be a massive hit. It is confusing that Samsung has made the OLED display but decided that it simply doesn’t want to offer symmetrical bezels, but Samsung fans’ loss is Pixel fans’ gain we suppose. Although, let’s hope we get to see more Android devices adopt similar screen panels in the coming years.

We didn’t get the “proper” Pixel 5 XL that I’m sure many were hoping for this year, but the slightly more compact nature of the Pixel 5 still leaves a great first impression on me as someone who does often prefer larger devices. It’s enough of a step-up in size over the Pixel 4a but still is small enough for most people as the smaller bezels mean screen real estate is still impressive at 6 inches.

As we have seen smartphones balloon in recent years, the Pixel 5 is a smaller — because it really isn’t small in the traditional sense — option for those that don’t want to carry around what equates to a pocket tablet.

What are you excited for on the Pixel 5?

Those are a few of our early or first impressions of the Pixel 5, but what are you hoping for or looking forward to the most? Let us know down in the comments section below. Have you pre-ordered the Pixel 5 or the Pixel 4a 5G? Be sure to tell us what model you have chosen and why down there, too.

The Pixel 5 is available for pre-order in the US from the Google Store, Amazon, Best Buy, B&HPhoto, and a multitude of other retailers with shipping available from October 27.