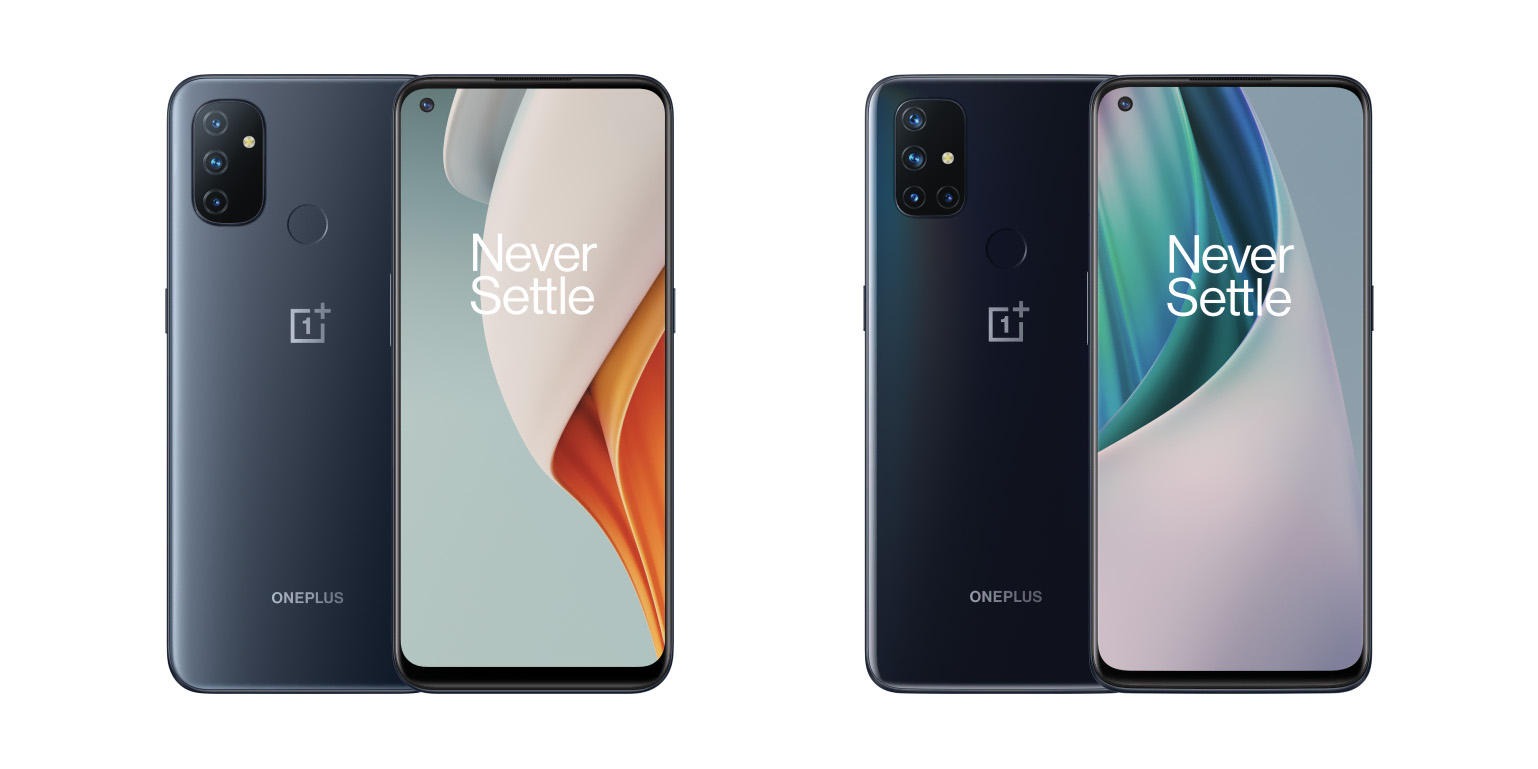 As OnePlus phones have slowly increased in price, it’s created demand for more affordable devices from the company. The OnePlus Nord was the start of that earlier this year in countries around the world, but today the lineup is expanding. The OnePlus Nord N10 5G and N100 are the company’s most affordable smartphones to date, and they’re coming to the United States.

The OnePlus Nord N10 5G is the more premium of these two devices, so let’s start there. This device offers a 6.49-inch, 1080p, 90Hz display with a small hole-punch for the 16MP selfie camera. Under the hood you’ll find a Snapdragon 690 processor that’s capable of 5G, thanks to its X51 modem. This device also carries 6GB of RAM, 128GB of storage, and a 4,300 mAh battery. While wireless charging is, unsurprisingly, nowhere to be found, Warp Charge 30T is available on this device with an adapter included in the box.

Rounding out the specs, the N10 5G has a 64MP primary camera, an unspecified (but rumored to be 8MP) 119-degree ultrawide, and two other sensors for monochrome and macro.

Notably, there’s a 5,000 mAh battery under the hood and USB-C charging, but that’s limited to 18W.

One thing you’ll also find on both the OnePlus Nord N10 5G and the N100 is a headphone jack, something OnePlus hasn’t offered in a few years. They also use rear-facing fingerprint scanners and include microSD card slots, a rarity on OnePlus devices.

Both devices also ship with OxygenOS 10.5 instead of OxygenOS 11. That means Android 10 is installed out of the box despite 11 being widely available. We’ve asked OnePlus for comment regarding the update policy for these devices, but no information could be provided before press time.

The OnePlus Nord N10 5G and N100 are both arriving in Europe first, but there’s no date right now for availability. Pricing for the N100 lands at £179 in the UK while the N10 5G lands at £329. Sometime later, both phones will also be launching in the United States, but there’s no firm date for that yet and prices are also unclear.