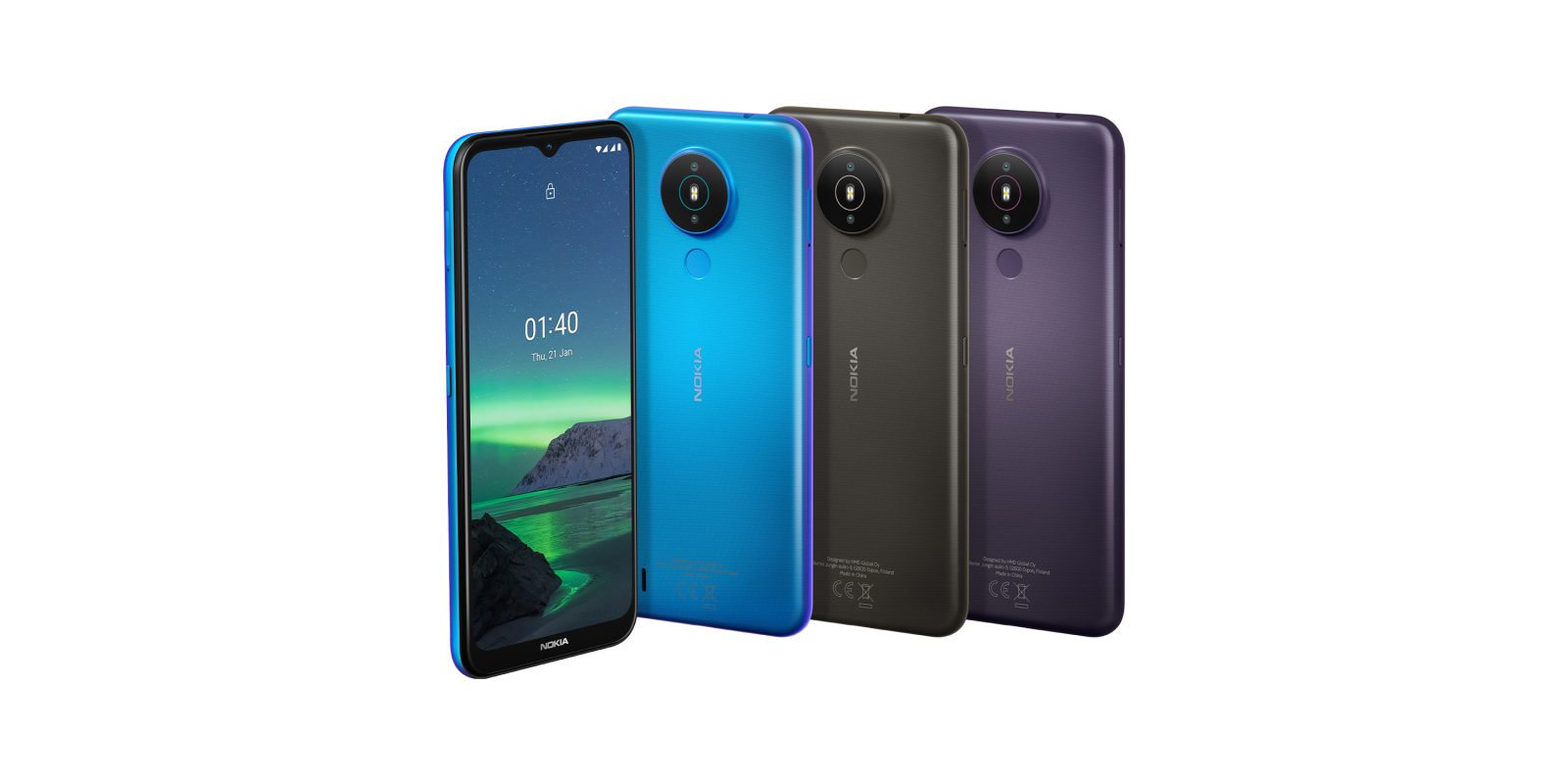 HMD Global has now officially launched the Nokia 1.4, its entry-level Android Go-powered smartphone aimed at the low end of the market.

As a direct follow-up to the Nokia 1.3, the 1.4 provides some notable improvements and a slightly refreshed design that includes a dual-camera setup, rear fingerprint scanner, and increased display footprint.

The Nokia 1.4 comes packing a 6.51-inch display, which is a sizeable bump over the 5.7-inch panel found on the Nokia 1.3. It is still rated at HD+ with a V-shaped display notch found up top. Unfortunately, it still retains the tacky “Nokia” logo embossed upon the sizeable chin. Nokia also ships the 1.4 with a pre-applied screen protector.

Internals are also modest on this affordably focused device. The Nokia 1.4 utilizes the Qualcomm Snapdragon 215 chipset with 1GB, 2GB, or 3GB of RAM available alongside 16GB, 32GB, or 64GB of microSD expandable storage (up to 128GB). A dedicated Google Assistant button and headphone port also make the cut here too.

The battery weighs in at 4,000mAh and is charged via a micro USB port, but it’s not clear if the device can be opened or if the battery is user-replaceable — although we have contacted HMD Global for confirmation on this.

At the rear is another of the shake-ups: The Nokia 1.4 comes with a dual camera setup for the first time on a “1 series” Nokia. The main sensor is rated at 8-megapixels, while the secondary sensor offers 2-megapixel macro shots. This is backed by the impressive Google Camera Go, which is pre-installed as the main camera application. This does mean that Portrait mode, Night Sight, and all of the extra features move over intact.

Another new addition is that of a rear-mounted capacitive fingerprint scanner, which replaces the software-based Face Unlock seen on the Nokia 1.3. The entire rear design of the Nokia 1.4 now feels more cohesive with the rest of the late-2020 and early-2021 Nokia lineup.

Android 10 Go Edition will be the core OS used at launch, with a guaranteed Android 11 update for the Nokia 1.4 promised alongside two years of updates. The device is set to go on sale from mid-March priced at €99/£89 (~$120) in Fjord, Charcoal, and Dusk colors.