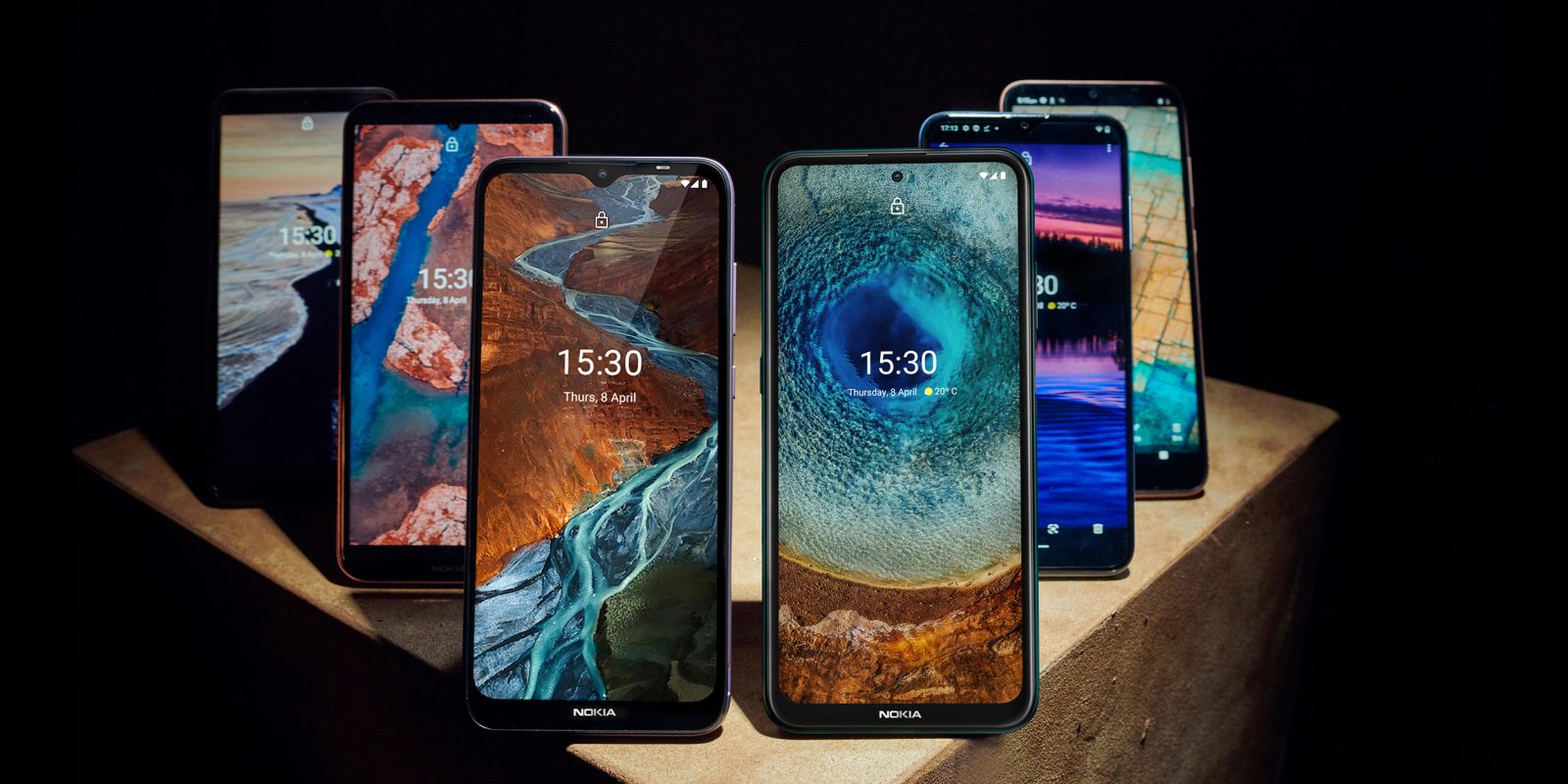 Nokia has unveiled a whopping six new Android-powered smartphones today, as part of the new C, G, and X-series.

There is a lot to unpack here, but this new portfolio of devices may provide a clearer roadmap for the brand, which has often failed to fully distinguish specific product lines. At the low end, the Nokia C10 and C20 are basic Android Go powered smartphones that rely on Unisoc processors and modest 1 or 2GB RAM allowances respectively.

The Nokia C10 and C20 come with a 6.5-inch HD+ displays, a 5-megapixel selfie camera, 5-megapixel rear camera, 3,000mAh removable battery, plus 3.5mm headphone jack. The Nokia C20 offers either 1/2GB RAM while the C10 comes in one configuration with 1GB of RAM. Both devices have Android 11 (Go edition) pre-installed and will be eligible for two years of quarterly security updates. Biometric security is offered courtesy of software-based face unlock.

The next new Nokia devices to launch are the Nokia G10 and G20, which offer some notable improvements over the entry-level C-series. Starting with the Nokia G10, it measures in at 6.5 inches with a HD+ display and V-shaped notch. It utilizes the MediaTek G25 chipset with 3/4GB RAM, and 32/64GB of internal storage that can be expanded up to 512GB with a microSD card.

At the rear, there is a dual camera setup that consists of a 13-megapixel main sensor and 2-megapixel depth sensor. The selfie camera is rated at 8-megapixels, while Night Mode and Portrait mode are offered. There’s a large 5,050mAh non-removable battery and a 3.5mm headphone jack, dedicated Google Assistant button plus a side-mounted fingerprint scanner, too.

Like the C-series, the G-series offers a two-tier approach. That means the Nokia G20 simply offers some core improvements to the same formula. The chipset is bumped to the MediaTek G35, with 4GB of RAM as standard, while storage comes in 64/128GB configurations with up to 512GB microSD card expansion available.

Android 11 comes pre-installed on the Nokia G10 and G20, with guarantees of two years of full OS upgrades and three years of monthly security patches. With pricing starting at €139 for the 3/32GB Nokia G10, that is a pretty good deal. While the Nokia G20 starts at €159 for the 4/64GB configuration. You’ll be able to pick up the G10 in Night and Dusk, while the Nokia G20 will be available in Night and Glacier colorways with both devices shipping in late April.

Of the new additions, the Nokia X-series duo is arguably the most interesting. Both devices use the Qualcomm Snapdragon 480 5G-enabled chipsets, 6/8GB RAM, 128GB of microSD expandable storage, plus a large 6.67-inch FHD+ display — clocked at 60Hz. There’s also the same 4,470mAh cell packed in both devices.