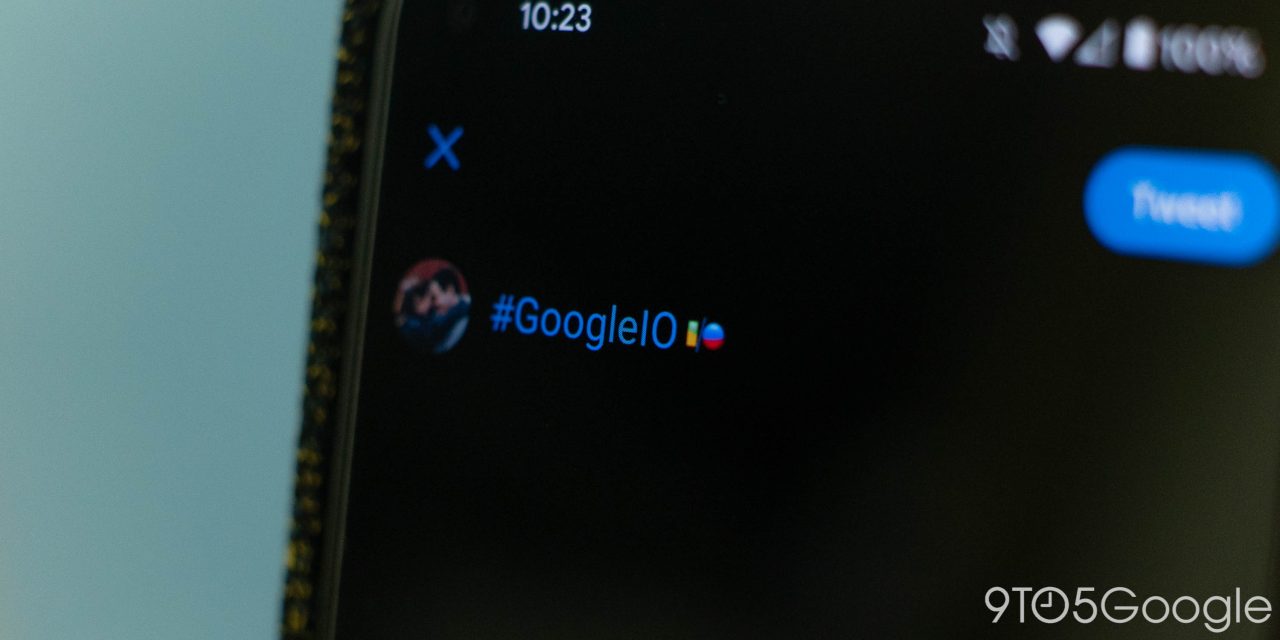 We’re just two weeks away from keynote date at Google I/O 2021, and for the first time, the event will be 100% remote as a result of COVID-19. In preparation for the event, Google I/O 2021 has just picked up its own hashtag icon on Twitter.

A recent trend on Twitter has been to append icons to the end of a hashtag, a tool that’s called a “hashflag.” If you’re active on the social platform, you’ve probably seen these used as a promotional tool for upcoming movies and events. Apple also takes advantage of them around its launch events.

The hashtag icon for Google I/O 2021 on Twitter is a pretty simple one, just using I/O logo in a slightly skeuomorphic design. It’s neat, though nothing especially impressive. It’s also not animated, unfortunately.

Notably, this “hashflag” appears with more than one trigger. The obvious one is “#googleio,” but we also found that the icon appears and/or will appear in the future when you tweet with: