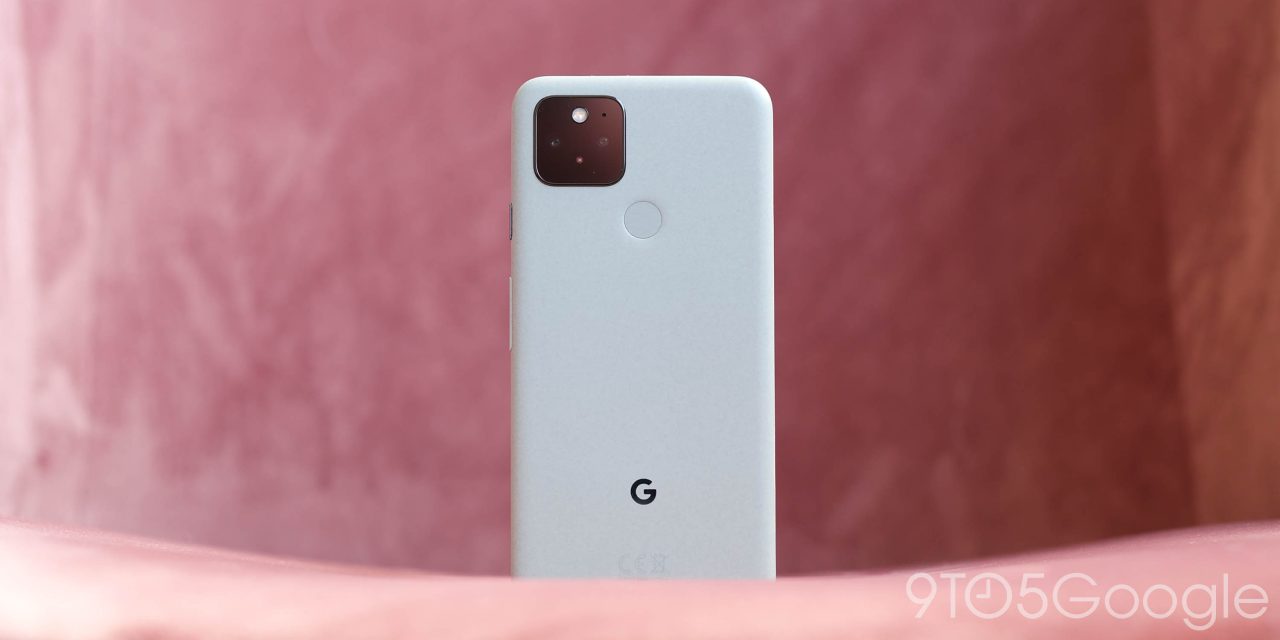 The Pixel 5 has been a very divisive device for Google, but if you are happy to look past the lack of top-tier specifications, you still might find something to fall in love with.

After living with the Pixel 5 for around six months, we thought it was due a revisit or at least a longer-term look at what makes it a genuinely compelling option over even some of the biggest flagship devices out there. If you simply must have the latest and greatest internals, cameras, hardware, and are happy to pay double, or in some cases, triple the entry pricing of the “flagship” 2020 Pixel, then look elsewhere. It’s literally that simple.

While the recipe has been altered, the end result is slightly unexpected. It helps that hype and interest were very low ahead of launch, something that probably means the everyday experience is surprising when you spend some time with what is objectively the best Pixel released late last year.

There’s just something refreshing about a smaller device, and the Pixel 5 really manages to satisfy that for me. I’ve used a whole host of large smartphones throughout 2020 and 2021, and for me at least, I’m becoming tired of cumbersome phablets that require multiple digits to operate effectively.

I honestly prefer a smaller footprint, which is something that the COVID-19 pandemic has exacerbated as I’m stuck at home using my PC or laptop more often than my smartphone. That probably explains why I use the Pixel 4a as a daily device — a smartphone in a package that is small and fairly discreet. The same can be said of the Pixel 5.

Stick it in a case and it’s still small and pocketable. I’m happy to jump down from large form factors to a compact package, but I understand that I am likely in the minority holding that opinion. I still really think a proper “XL” model would have been a sensible decision, and one I sincerely hope Google overturns with the upcoming Pixel 6. At least let people choose if they want a smaller phone, just one SKU and a confusing 4a 5G in the mix means that I’m sure many people just skipped the Pixel series this year.

I said when I revisited the Pixel 4 XL that a Pixel isn’t a “Pixel” because of the internals, and the 3a, 4a and now the Pixel 5 further proves that as far as I’m concerned. It’s a combination of multiple components all designed to serve up the best experience on an Android device. At the very heart of that are little touches like the usage of the Sage Green color finish atop an aluminum chassis – it’s just a shame you only have two colors to choose from.

This finish has held up well even when I’ve used the Pixel 5 without a case. I love the textured, papery finish as it at least differentiates the device from the numerous glass sandwiches out there already. My only gripe is the very minor gap between the display and the frame. I have noticed it on my device, but the gap is so small, and luckily, it doesn’t appear to be a problem area at least as far as the device IP rating is concerned.

The haptics are a step down over the Pixel 4 series, though I’m not sure why that is, but taps and feedback feel slightly less “full” and more “hollow” when you’re scratching away at your display. I find them pretty good but not quite up to the standards of some other Android flagships — the OnePlus 9 Pro being a notable example.

I’m confident enough to say that the Pixel 5 has the best display I have used on a Pixel to date. Sure, it’s not 1440p, nor is it 120Hz — two things I would really like. It is, however, crisp, clear and it gets bright enough to use in direct sunlight, which is something that I found the Pixel 4 series suffered from a little back when I ran it as my default device.

We need to take a second to appreciate Google’s display color tuning, as it’s excellent. Anything you would want to look at on the Pixel 5 looks great, sharp, clear, and with good viewing angles to boot.

It would be amazing to see a future Pixel come packing a 120Hz display, but 90Hz is still slick and smooth when running the cleanest version of Android. The 6-inch size is great for reachability. It’s not quite usable one-handed in every instance, but it’s a nice middling size.

A sore point is still the lack of an XL variant, which might have had more people looking toward the Pixel 5 over some other options out there – provided “high-end” internals have not been deemed a necessity.

There is also an under-display earpiece speaker on the Pixel 5 that vibrates the glass to emit sound. In tandem with the bottom-firing earpiece, it’s fairly clear, but the maximum volume is not what I would call great after some extensive usage. Initially I had no major problems, but now I feel it’s one area that is sorely lacking.

The performance levels on the Pixel 5 are not quite up to the same levels of the Pixel 4. That is the biggest sore point for just about any hardcore Pixel fan out there, which is entirely understandable. Dropping down to the Snapdragon 765G chipset – which is as powerful as the Snapdragon 845 in the Pixel 3 – is something that on face value feels like a cheap move.

I was worried about this and even half a year after release, I still worry a little. The reality is that I have yet to be majorly disappointed with my own usage patterns. There’s even enough grunt to do some gaming on the go, just don’t think that you’re getting a beastly Pixel like in previous years.

Things can feel a little pedestrian at times, especially when side-by-side with a late-2020 flagship. Just sending texts and replying to emails? It’s absolutely fine. Would I like more headroom for long-term performance? Yes. It’s this that worries me long term, but 8GB of RAM may help keep things ticking along for longer.

When gaming noticed some overheating at times and similarly when recording videos for a while outside, it’s really infrequent given how random the weather conditions are here in the UK. The system just gets a bit choppy or laggy at times, but only for a second or so before snapping back into action. Having switched between some of the fastest flagships of 2021, I have noticed slightly lower performance, which is a bit jarring, but not making excuses for Google, it’s fine if you don’t do anything power-hungry or in need of under-the-hood grunt.

Being able to install the Android 12 Developer Preview and upcoming Beta phases is something I do love about all eligible Pixel devices. Despite being designed for developers to get their apps ready for the full Android 12 release later this year, it’s fairly stable considering just who it is targeted at.

For me, the most disappointing aspect of the Pixel 5 experience this year has not been the performance levels. It has been the lack of real development in the camera hardware. That doesn’t diminish what Google manages to do with three-year-old camera hardware but it’s high time that we were offered a no-compromise camera setup.

The removal of the telephoto zoom lens frustrates me especially, as an advocate for extended focal lengths. I like the ultra-wide lens though, even if I use it very sparingly. A triple-lens setup with all three focal lengths plus a higher resolution sensor really should be a top priority for the upcoming Pixel 6.

I’d love a dedicated Pro mode for the camera to really play around with. Just a few more camera options would be really nice to see in future builds. However, the Pixel 5 camera UI is among the best for accessibility to the features on offer. Images still hang in with the best in the business, but the “wow factor” has really waned in recent years as the competition has steadily caught up on what was once a huge lead.

Image processing is slow, courtesy of a lower-powered chipset and lack of Pixel Visual Core, but even though you need to wait to get your final photo, we can hope that Google can keep the Pixel 5 competitive over time. That said, the end results nail the shot more often than even the high price competitors. Night Sight is still as impressive as it was when first unveiled, while the Portrait mode, while a little artificial, is still excellent.

Some issues aside, it’s hard to deny that the Pixel 5 is still among the best point-and-shoot smartphone cameras you can buy. If you want to experiment or tweak things further, then, unfortunately, you’ll need to look elsewhere.

Even after around six months of usage, five to six hours of screen on time (SOT) is what I’m expecting from the Pixel 5. Usually, at the end of the day, I’ll be left with around 20-30% remaining and 4.5 hours of SOT registered. Heavy usage isn’t a problem in my own experience, that includes cloud gaming on Stadia and plenty of video viewing

This is pretty darn good compared to recent years, but it pales in comparison to my usual Pixel 4a. The charge speeds are not exactly fast at 18W wired or 10W wireless, but I’m hoping that this bodes well for long-term battery health. All in all, the Pixel 5 is dependable all day, no matter what you throw at it.

Unless you want Qi wireless charging, a 90Hz display, and an IP68 rating, the Pixel 4a 5G is probably a better way to leverage the best portions of the Pixel 5 without needing to spend $699/£599. I said that the Pixel 5 felt like an exercise in compromise in my initial review and I stand by that wholeheartedly.

It’s really hard to deny that, yes, there are cheaper smartphones that have fewer compromises if you prioritize specifications over software experience. Google may have listed the Pixel 5 a little higher than it should be priced, but with that said, you’re paying for more than just the on-paper specifications.

Samsung’s recent upgrade promises make the Galaxy S20 FE and even the Galaxy S21 great alternatives if Google’s clean version of Android and unique features are not a necessity. With discounts and rebates, it does become a compelling option – just be prepared to compromise in a few of those aforementioned weak areas. Alternatively, given the Pixel 6 is on the horizon, it might be worthwhile just waiting a little longer.

Prioritise the Pixel experience over potential specifications, and you’ll have what is easily one of the most surprising smartphones of late 2020 and now mid-2021. If you are insistent on picking up the latest Made by Google flagship, the Pixel 5 is available direct from Google, Amazon, Best Buy, Verizon, B&HPhoto, AT&T, plus more.