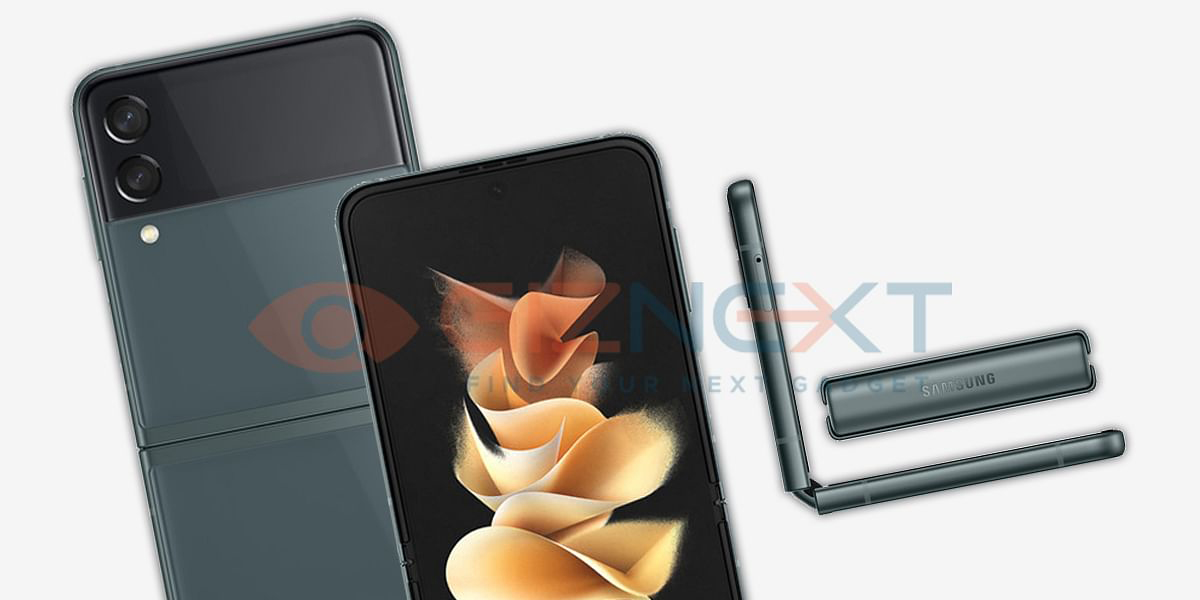 Samsung is gearing up for a huge launch this summer, and one of the key pillars is the foldable Galaxy Z Flip 3. Today, a massive leak gives us by far our best look to date at the device, including the Galaxy Z Flip 3 outer display, the colorways, and more.

GizNext published a collection of renders that appear to be renders from Samsung, but it’s hard to say for certain. Regardless, there aren’t any big red flags that would imply these aren’t real.

That said, we learn a whole lot from these latest images. First and foremost, we get a peek as to what the outer display on Galaxy Z Flip 3 will bring to the table. As we mentioned in our review, that was one of the biggest flaws of the original Flip as it hindered quick, one-handed tasks such as just reading notifications.

The outer display on Galaxy Z Flip 3 is significantly larger, reportedly measuring in at 1.9-inches. That’s still too small to effectively use any apps, but as seen in the images below it works well as an ambient way to see time/date information as well as music controls. Notifications, presumably, will also be more readable on the outer display this time around.

Beyond that, the design of the Flip 3 has also been altered with cameras that look more like what’s on the Galaxy S21 series and a two-tone design for the screen and color. Eight colors will reportedly be made available including Dark Green, Light Violet, Beige, Grey, Black, Pink, Dark Blue, and White. Some of those variants are pictured below.

Outside of those changes, though, this appears to be basically the same Flip as last year, as was expected. The hinge is virtually the same, and the internal display is left unchanged at 6.7-inches with a 25:9 aspect ratio.

Samsung is expected to launch the Galaxy Z Flip 3 alongside Fold 3, Galaxy Buds 2, Galaxy Watch 4. The Galaxy S21 FE was also expected at the same August event, but has reportedly been delayed to October. If these renders are believed to be official, it could hint that Unpacked or the Flip 3’s release date will be August 11. Roland Quandt also reported today that the device might be a US exclusive to start.