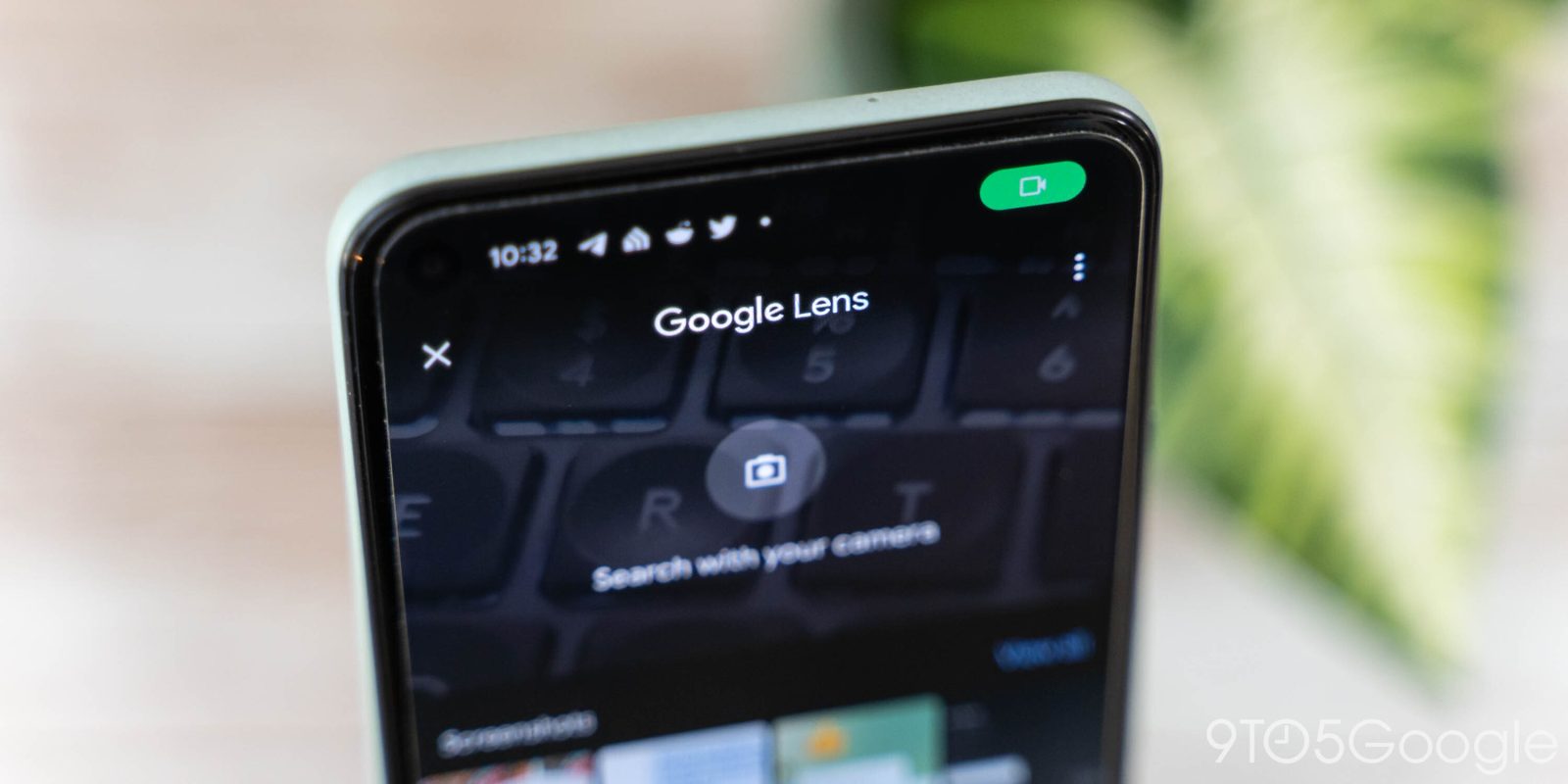 Google is rolling out a redesign of the dedicated Lens app on Android that greatly de-emphasizes the live viewfinder. Rather, the focus is now on analyzing existing images and screenshots in your camera roll.

This Google Lens redesign sees tapping the homescreen icon — available by downloading an “app” from the Play Store — open to an entirely new view. The top third of this screen belongs to a “Search with your camera” section that shows a live preview. You can either swipe down or tap to get to the previous Google Camera-inspired UI, which has one small tweak that shows a preview of your gallery in the bottom-right corner. One nice design detail sees the bottom corners curved.

Next on this page is a 4 x 2 grid of recent “Screenshots” with “View all” in the top-right corner opening a full page grid of captures. “All images” below includes your camera roll and can be endlessly scrolled.

This change presents an interesting departure for Google Lens, but at the same time this could be part of a simplification. Google Lens has always focused on “live” analysis after seeing something in the real world. However, after existing for several years, Google could have come to the conclusion that if people see something interesting in the real world, they’ll take a picture first for posterity. In the past, you could not save a picture from Google Lens.

However, if people first take a picture, a wiser workflow would be snapping the shot and then using the built-in Google Lens integration in some first-party camera apps. On Pixel phones, long-press in the viewfinder until a four-color circle appears. If that becomes the intended behavior, the Google Lens app on your homescreen needs to be redesigned.

While screenshot analysis is already easily done with the Google Photos app, having a dedicated experience that quickly surfaces a screenshot and provides one-tap analysis would be better.

We’re encountering this Lens redesign on version 12.26 of the Google app following a server-side update. This change is currently available on Android and not iOS.