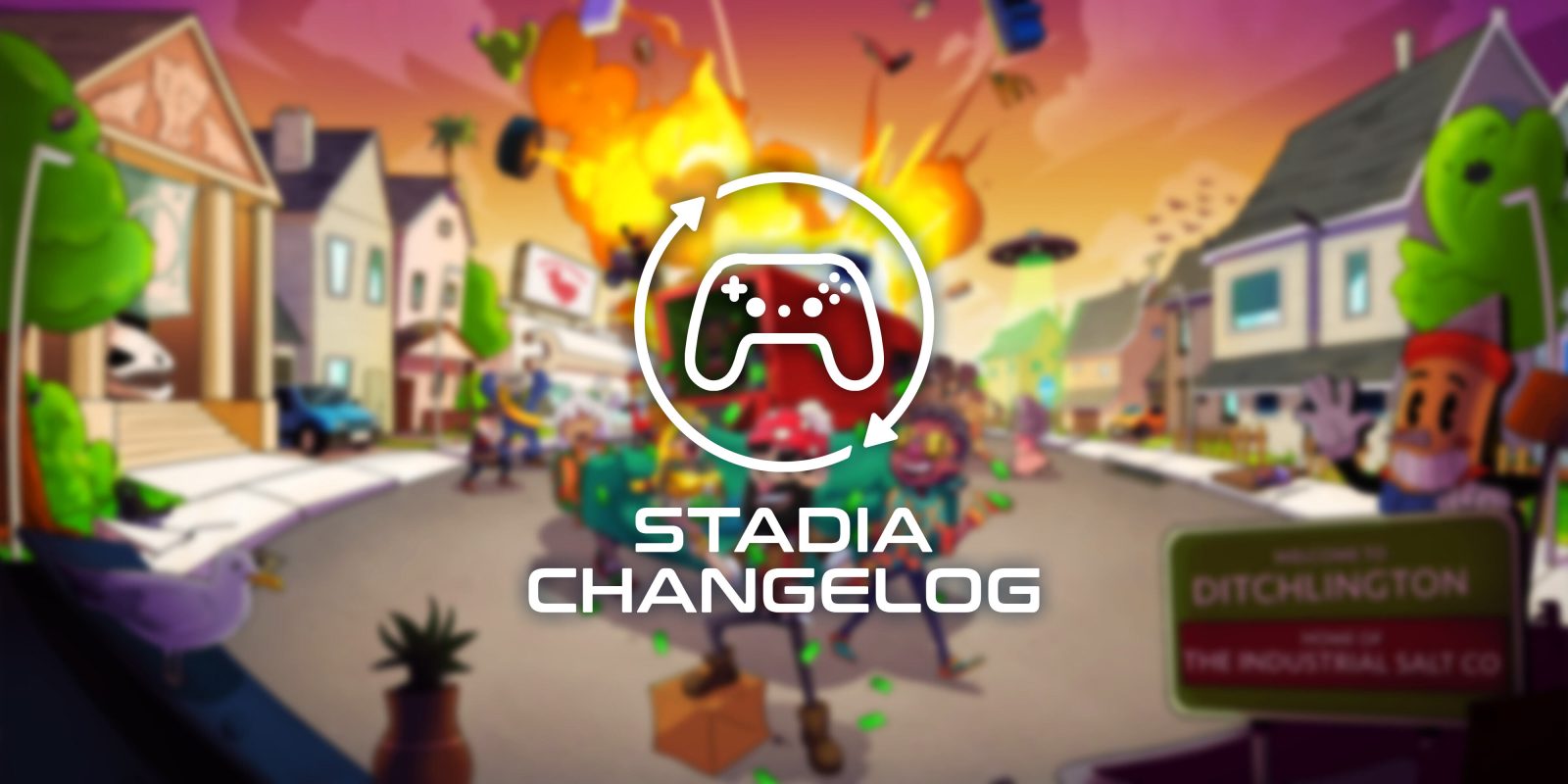 While Stadia only saw one new game release this week, it saw quite a few notable updates, including Get Packed Fully Loaded, which is now available on Stadia and other platforms too.

Only one new game arrived on Stadia this week, but it was certainly a whopper. Unexpectedly early, Control: Ultimate Edition saw its debut on Stadia. The game isn’t available on Pro but instead carries the same $39.99 price tag as it does on platforms such as Steam.

As of this week, Google has added 58 games to Stadia in calendar year 2021 on its way to the promise of at least 100 titles added this year.

There were no reveals on games coming to Stadia by Google itself over the past week, but there are a few bits of evidence and rumors floating around. Following its release on Amazon Luna not long ago, it seems that the game The Falconeer could be headed to Stadia if the ERSB is to be believed, but notably, the listing isn’t consistently showing Google’s platform.

Further, our friends at StadiaSource have been tracking several titles from Outright Games that have been rated for Stadia at the ERSB. These games include:

These three latest additions only scratch the surface of what’s been rated by this one publisher for Stadia, though, with 15 total games currently expected to debut in time, but none actually released at this point.

Google announced the new game lineup for Stadia Pro subscribers, which includes the day-and-date release of Grime. The full list includes five titles, and only one game is leaving the catalog at this time — Hotline Miami 2.

Alongside its expansion to PC and other consoles this week, the former Stadia exclusive Get Packed released its major “Fully Loaded” expansion this week. Get Packed Fully Loaded is described by the developers as an update so big that it’s nearly a sequel. The update is available for free to Stadia players who purchased the game or redeemed it using their Pro subscription.

Get Packed: Fully Loaded is the expanded edition of the couch co-op removals game that’s full of calamity and physics-based carnage for 1-4 players.

Avengers and Olympics are free to the weekend

Live now, both Marvel’s Avengers and Olympic Games Tokyo 2020 are free to play on Google Stadia. Both free play weekends are live until August 2 but require a Pro subscription to get in. Alternatively, both games are currently discounted on the Stadia Store.

The story mode for Just Shapes and Beats has just picked up a free expansion on Stadia. The “Lost Chapter” is available to play once you finish the main story, as Redditors discovered.

FIFA 22 gets a gameplay trailer

Stadia will get the next-gen version of EA’s FIFA 22 next month and, with it, the “HyperMotion” graphics too. This week, EA showed a trailer that gives insight into exactly what those updated graphics will bring to the table.

For Honor isn’t coming to Stadia after all

While it was expected due to an investor call that Ubisoft would bring For Honor to Stadia, that’s unfortunately not the case. The developer confirmed to StadiaSource recently that the game “sadly” won’t be coming to the platform.

Available now, Hitman 3 has picked up the “Lust” chapter from its Seven Deadly Sins series of updates.

Find your secret admirer in the Lust Assignation Escalation. Go deep into the mind of Agent 47. Experience a new take on the Berlin location. Show off your insatiable Lust. Get ready for some Tough Love. The Season of Lust in HITMAN 3 starts on July 27th with Act 4 of the Seven Deadly Sins!

The latest Dead by Daylight update is now available on Stadia with Tome VIII: Deliverance.

Tome VIII: DELIVERANCE reveals three new stories from the world of Dead by Daylight – including memories from:

Launched on July 27, title update 1.3.0 rolled out to Assassin’s Creed Valhalla with quite a few changes, but most notably adding the Sigrblot Festival, which is live from July 29 through August 19. You can see the full changelog here.