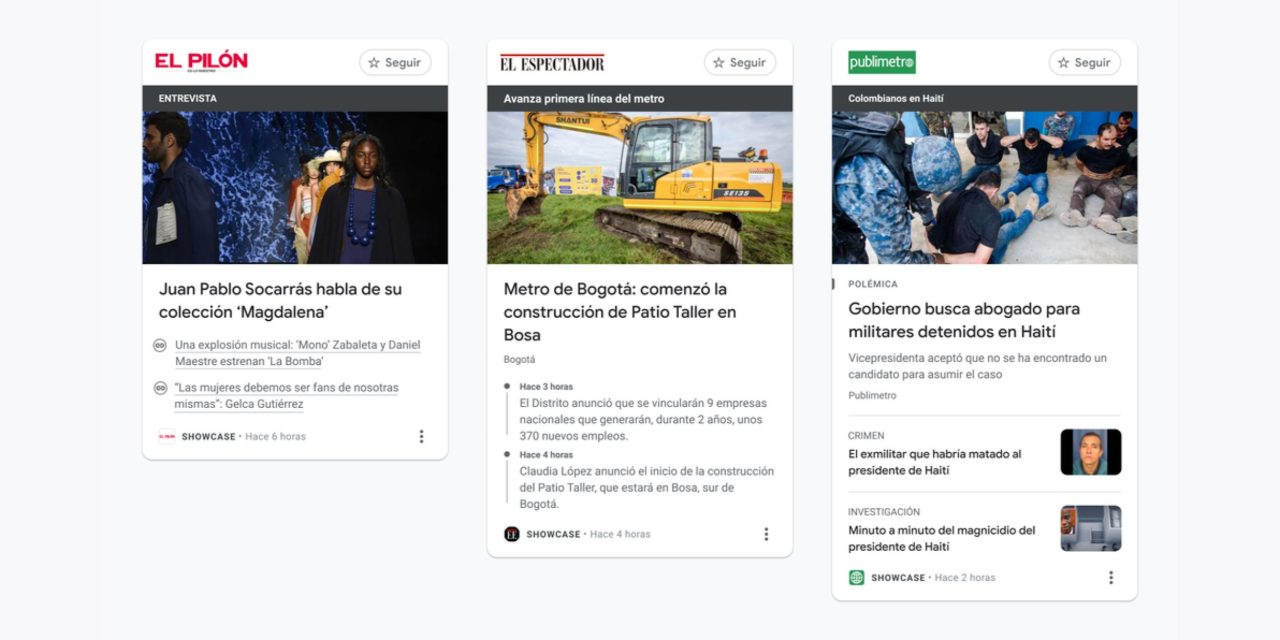 Google launched its $1 billion licensing program in late 2020 to support publishers and surface card-based content across its platforms. Google News Showcase is now coming to Colombia.

Joining Argentina and Brazil in the region, the Colombia News Showcase launch coincides with Google’s 10th anniversary in the country. Google has so far signed partnerships with 24 regional and national news publications:

Glanceable News Showcase panels from publications that users already follow appear in Google Discover, while outlets you’re “less familiar with” are surfaced in the Google News “For You” and “Newsstand” tabs.

These licensing agreements also see Google pay publishers so that certain paywalled content is made free to provide a “wide range of news content” in hopes of encouraging paid subscriptions.

It starts rolling out today and will automatically appear in those two products on Android, iOS, and the web.