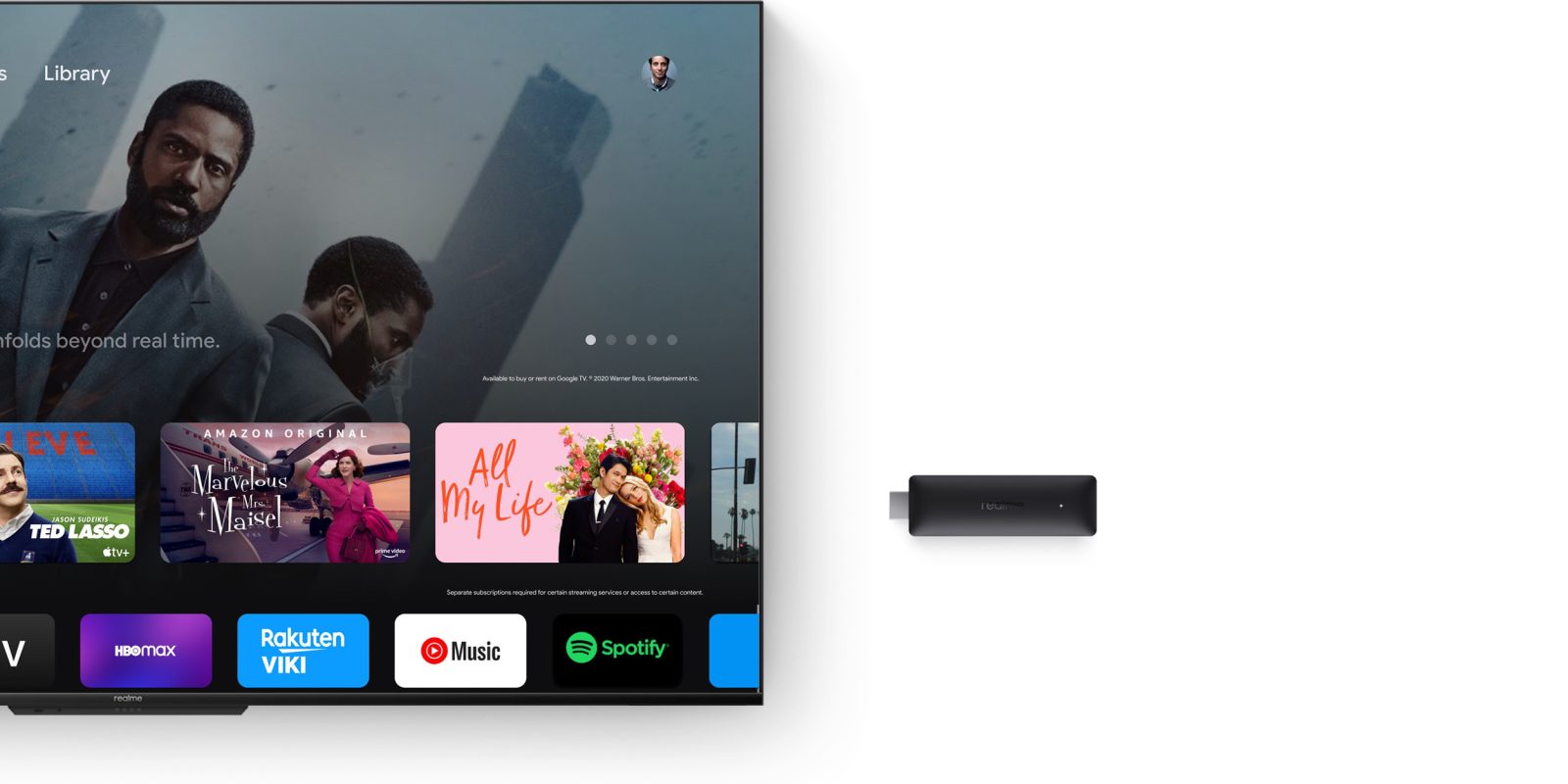 After a few teases in recent weeks, Realme has officially launched its new streaming stick, bringing the first Google TV device to India.

The “Realme 4K Smart Google TV Stick” is a pretty simple device, but it carries quite a bit of weight with it. While Android TV is quite popular in India, the newer Google TV had yet to make an appearance until today, with even Google’s affordable Chromecast skipping the region. Pricing for the Realme device falls at ₹3,999, around $55 USD.

On a hardware level, the Realme stick is pretty simple. The design is very much akin to the Fire TV Stick or Xiaomi’s Mi TV Stick, using an integrated HDMI plug for output and what appears to be microUSB for power. Realme says the device supports HDMI 2.1 output for up to 4k60 and HDR10+ output to compatible TVs. Under the hood, a quad-core CPU runs the show, but Realme doesn’t specify which chip it is. 2GB of RAM and 8GB of storage are found alongside the chip, both being fairly standard for affordable streamers like this one.

Another interesting aspect of the hardware here is the remote. Realme is using a custom remote on this device instead of the Google TV reference remotes that have been used frequently this year. Realme’s design looks like it will be a fine alternative, and it’s also one of the first devices we’re seeing a YouTube Music shortcut on the remote. While surely useful, it’s a pretty funny inclusion given YouTube Music doesn’t even have a real app on Android TV/Google TV.

Specs aside, the clear reason why this device matters is that, as mentioned, it’s the first Google TV device in India. Google, interestingly, has never officially commented on Google TV in India, and the country is not listed as one of the platform’s supported regions. As a result, the experience on this Realme device will likely be limited, as Google explains on a support page that devices outside of officially supported regions will only have “Home,” “Apps,” and “Library” tabs on the Google TV homescreen, missing out on the “Live” guide as well as deeper movie and shows recommendations. We’ve reached out to Google to see if this new device expands Google TV’s reach officially.