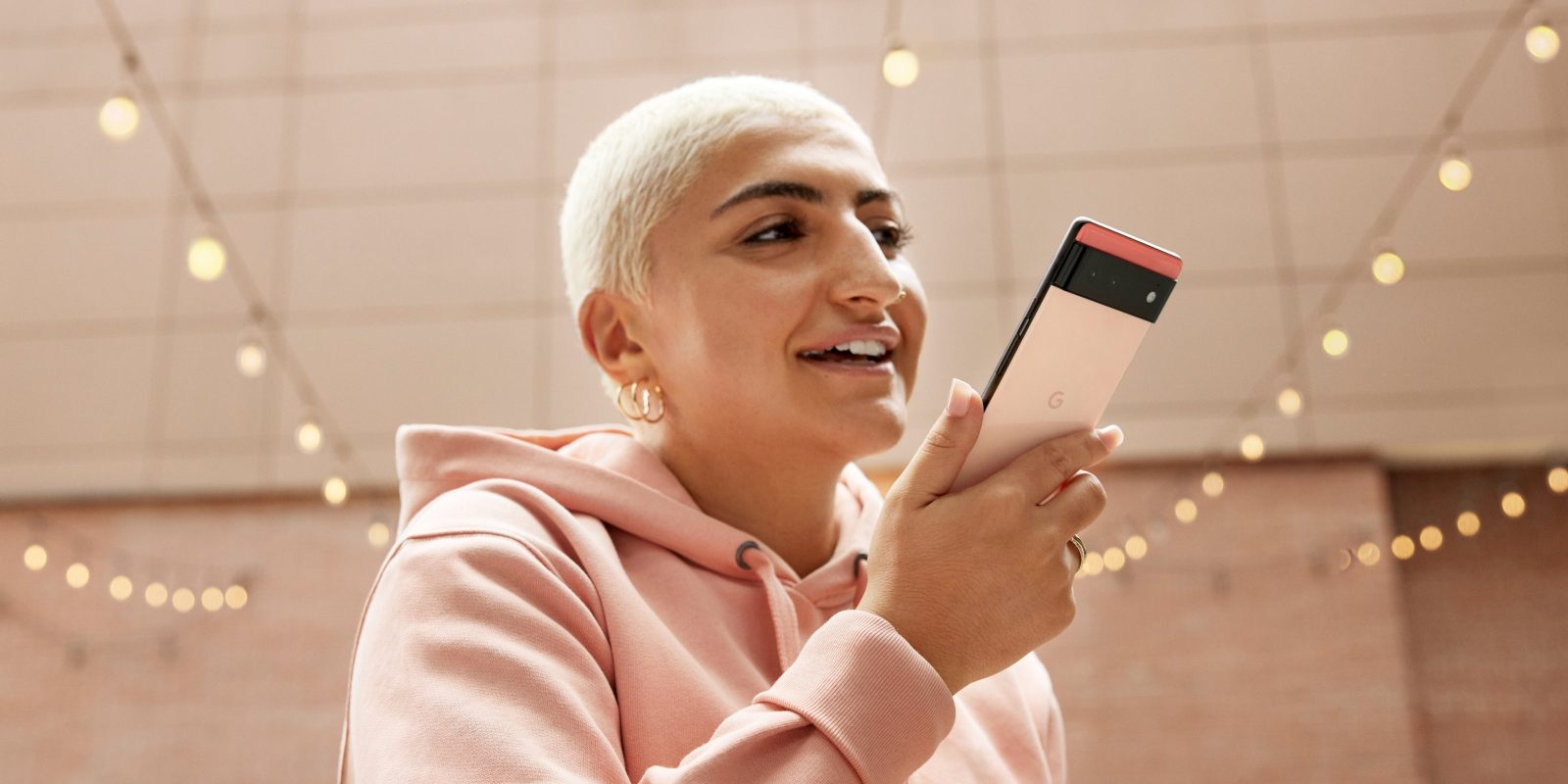 While Google has been very forthcoming with the Pixel 6 series, offering official renders months before release, there hasn’t been much in the way of seeing the phone in use. The latest set of leaked images shows just how large both the Pixel 6 and Pixel 6 Pro will be in your hands.

It wasn’t long after the Pixel 6 series became official that we learned both phones’ dimensions, which put them up there as some of the biggest Pixel phones to date. While putting mockups of the Pixel 6 Pro’s size next to other devices can be a handy reference for the upsize, there’s nothing quite like seeing it in real people’s hands to realize just how big the phone will look in person.

Renowned leaker Evan Blass shared on Twitter a series of lifestyle images of the Pixel 6 and Pixel 6 Pro being used by people. Conveniently, there are two example images for every colorway that the Pixel 6 and 6 Pro are available in, which also helps give multiple references for the phones’ color out in the real world.

Standing in bold contrast to the Pixel 5 and Pixel 4a from last year, the Pixel 6 Pro is quite the massive phone, with the example users barely covering any of it with their hands. Notably, these images effectively highlight the fact that Google has moved the Pixel series’ signature “G” logo from the bottom of the phone up to the center. In-hand, the G is still fully visible on the Pixel 6 Pro.

Meanwhile, the “smaller” Pixel 6 is still by no means a small phone like the Pixel 5. For these images, Google seems to have put more of an emphasis on the Pixel 6’s photography uses and its water resistance.

Along with the images of the phones in use, Blass was able to share hi-res images of both the Pixel 6 and Pixel 6 Pro in every colorway, as well as a better understanding of how the Pixel 6 series’ cases will manage protecting the phone without disturbing the camera visor.

From the hi-res images, we can see some interesting details about the phones’ textures, including the bumpy/grainy texture surrounding the camera visor on the Pixel 6. Meanwhile, the Pixel 6 Pro images make both the bar in the upper bezel and the line in the lower bezel much more noticeable than in previous images.