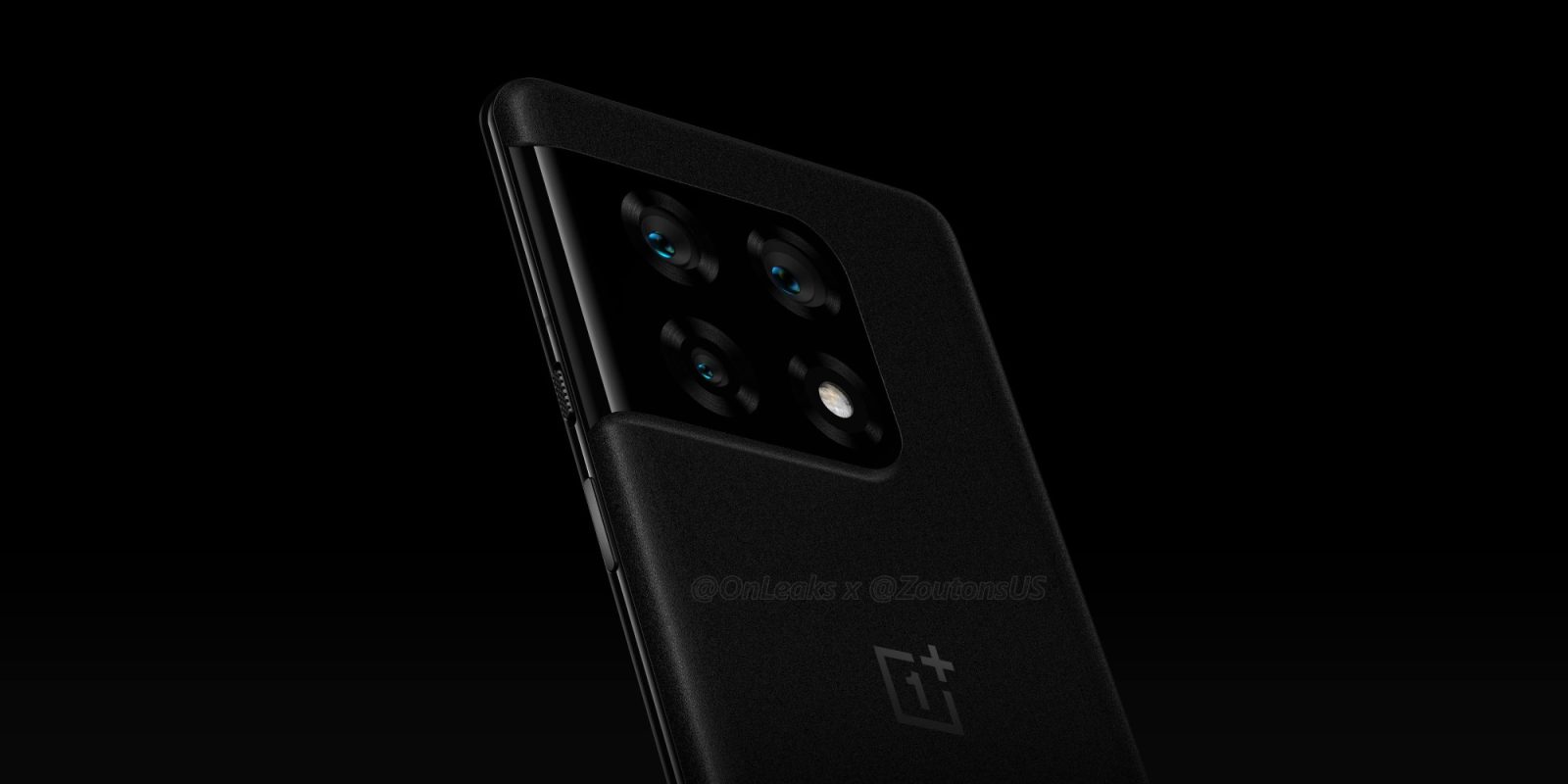 The first renders of next year’s OnePlus 10 Pro have arrived online, offering our first look at the phone’s unique rear camera bump design.

Up to this point, the only information we’ve had about the OnePlus 10 series is an official confirmation that its software will be a merger of ColorOS and OxygenOS. The main reason for this merger is for the sake of only maintaining one Android ROM rather than separate ROMs for Oppo and OnePlus. At that same time, we learned that the OnePlus 10 series would be the next mainline phones from OnePlus, as there are no plans for a OnePlus 9T.

Thanks to OnLeaks and Zouton, we can now get a better picture of what the OnePlus Pro 10 will look like by way of a pair of renders. In them, we find that the ultra-high-end phone has adopted an around-the-edge camera bump design. In a way, this harkens to the design of this year’s Galaxy S21 series, which has an around-the-corner bump, that bleeds over the top and left edges of the rear. Within the camera bump, there are three sensors and a flash, arranged in a 2×2 grid of circles.

Zooming in farther, you can see that the rear surface has a noticeably grainy texture, which — if final — would go a long way toward making the phone easier to grip.

Update 11/15: Once again, OnLeaks and Zouton have shared a preview of the OnePlus 10 Pro, this time with far greater detail visible, including the boldly placed “HASSELBLAD” branding on the rounded camera bump. Last year, the OnePlus 9 series phones switched to using cameras from Hasselblad, a respected Swedish camera company. Now we know for sure that the two companies are still partnering for the next flagship OnePlus phone.

In the new renders, it’s clear that there is a slight seam in the rounded part of the camera bump, where the camera glass and the metal frame meet each other halfway.

In these newer renders, the alert slider is far more obvious, pointing to the signature feature still being present on the OnePlus Pro 10. Another noticeable detail is the inclusion of renders in a new green colorway, though it’s not clear whether these are based on details of the upcoming phone or speculation based on the colors of last year’s OnePlus 9 Pro which was available in a similar “Pine Green.”

To get a better feel for the phone’s design and dimensions, OnLeaks has also shared a 360° video of the OnePlus 10 Pro.

According to OnLeaks, the new renders are based on real images of production prototypes of the OnePlus 10 Pro, and parts of the phone’s design and specs could potentially change between now and the phone’s launch sometime next year.

This article originally suggested, based on early renders, that the OnePlus 10 Pro may not feature an alert slider. This statement has been removed in light of newer, clearer renders.