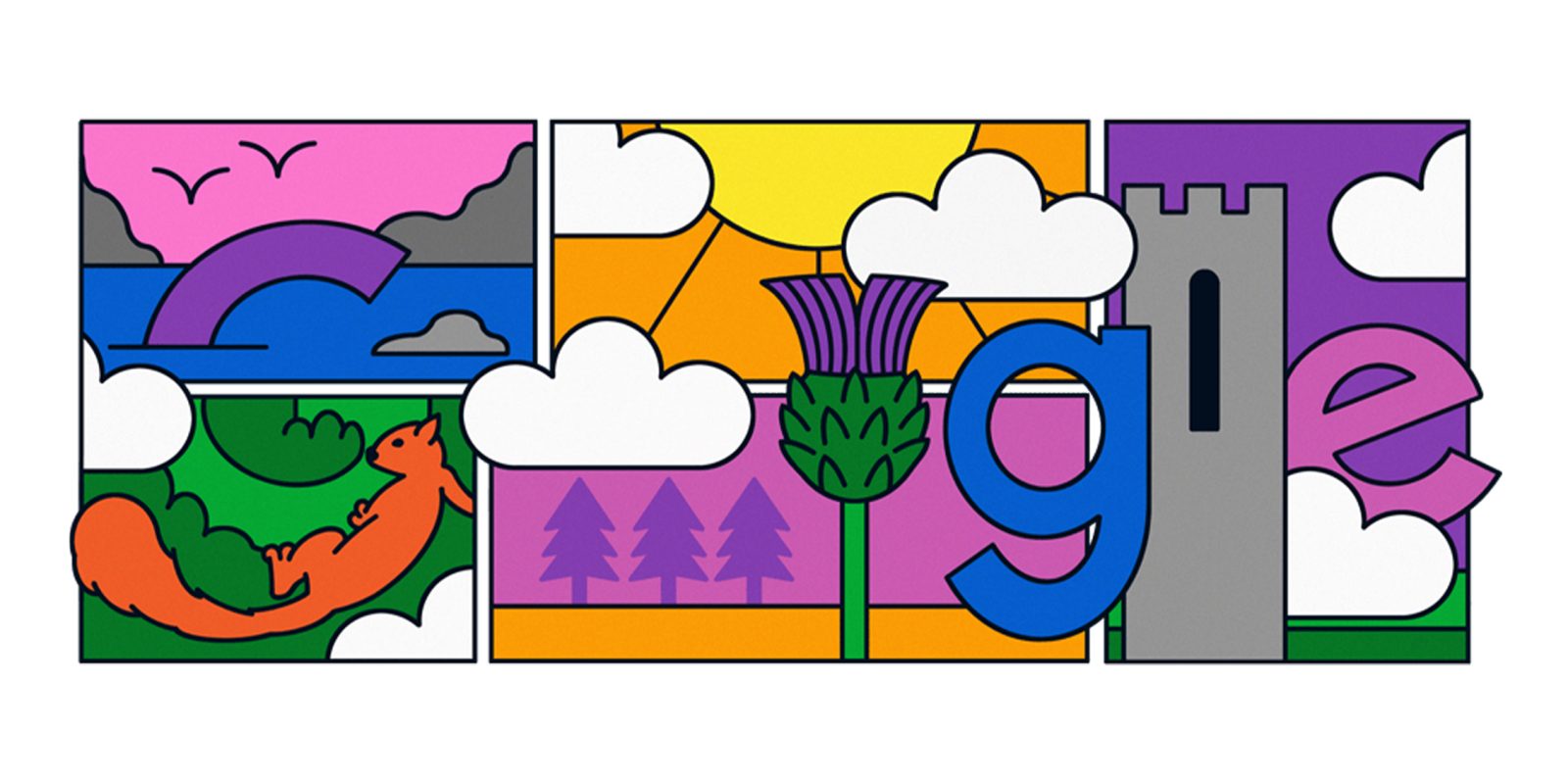 The latest UK-only Google Doodle is helping Scots celebrate St. Andrew’s Day for 2021 by highlighting some of the most prominent cultural icons of Scottish heritage.

For those unaware, St. Andrew’s Day is the official national day of Scotland — not to be confused with England, Northern Ireland, or Wales, which together make up the United Kingdom. Google enlisted the help of Glasgow-based illustrator Fran Caballero to help create this St. Andrew’s Day masterpiece for 2021.

His St. Andrew’s Day Doodle for 2021 contains all of the classic elements of Scotland including the “G” character representing the “Nessie” or the Loch Ness Monster as it’s better known. As one of the biggest freshwater lakes in the United Kingdom and part of British folklore, Loch Ness is a worthy addition to just about any Doodle.

The lower left of the “G” depicts a red squirrel, a key part of Scotland’s wildlife and an animal that is steadily becoming a rare sight in recent years. Front and center of the St. Andrew’s Day Doodle for 2021 is the thistle. The national flower and a symbol of Scotland for over 500 years, the thistle is used by many Scottish national sporting teams and is even on coins throughout the United Kingdom. The final element of the Doodle is that of a medieval castle over by the “e” character. This hints at the iconic Celtic architecture found throughout Scotland.

Over on the Google Doodle Blog, you can find some thoughts shared by artist Caballero, providing a first-hand insight into his creative process and process for creating the St. Andrew’s Day 2021 artwork:

I wanted my Doodle to embody the feeling of living in Scotland, of the stark beauty with elements that primarily focus on landscape. I hoped to avoid a lot of the tour shop representations of Scotland that exist, and channel more of my experience of living there.