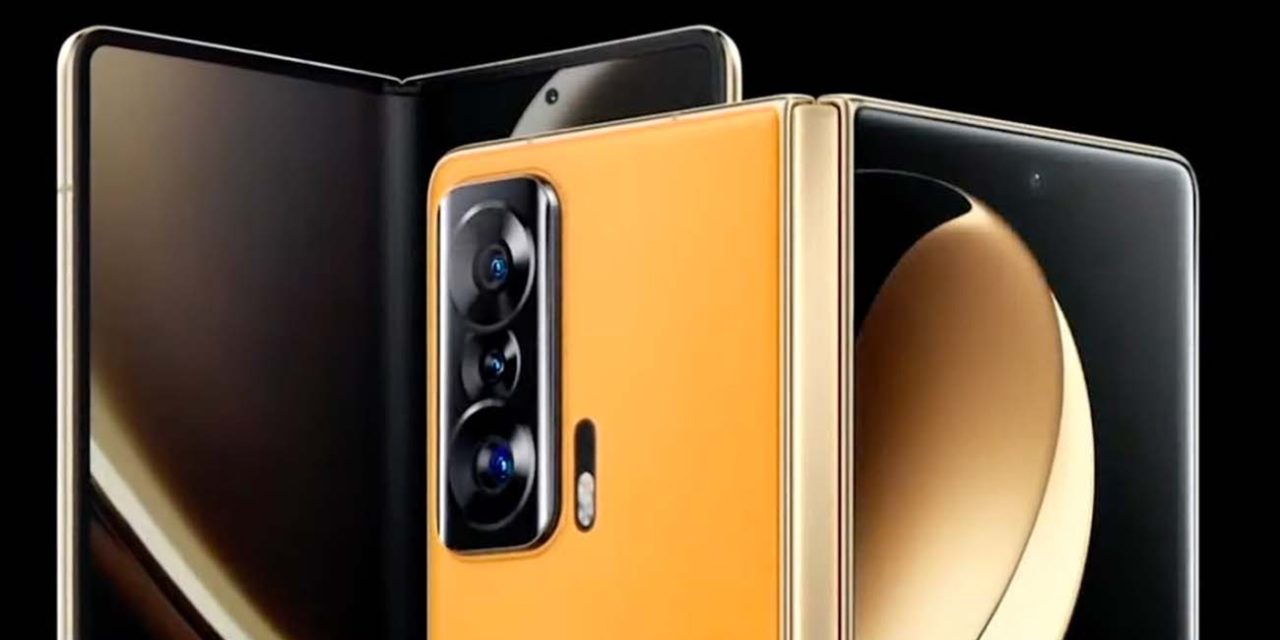 The foldable market continues to heat up, as the success of Samsung’s recent attempts has pushed more companies to try out the space. This week, formerly Huawei-owned Honor is debuting its first foldable smartphone, the Honor Magic V.

Honor Magic V is a foldable in the same basic form factor as the Galaxy Z Fold 3. It has a large, tablet-like screen inside that folds in half with a smaller outer display that’s more akin to a normal smartphone. However, Honor takes a few different approaches compared to Samsung, some of which may prove beneficial to buyers.

Firstly, the Honor Magic V has larger displays across the board, with a 7.9-inch inner display and a 6.45-inch 120Hz outer display. On top of being physically larger, though, the aspect ratios Honor is using are notable. The outer display is a 2560×1080 panel with an aspect ratio of 64:27. The odd ratio is a bit wider in practice compared to Samsung’s outer display, which will likely be a bit more comfortable when typing and result in fewer app scaling issues. Part of Honor’s method to make a larger outer display was to slim down bezels and create a 90% screen-to-body ratio.

Meanwhile, the inner display is a 2272×1984 panel, which effectively creates a pair of 21:9 displays. It has a refresh rate of 90Hz but notably lacks ultra-thin glass. Honor claims the inner display will be crease-less, using a “waterdrop” style hinge.

The other important metric on the Honor Magic V’s size is its thickness. The Galaxy Z Fold 3 is known for being a particularly thick phone, but the Magic V slims down as much as possible. When folded, the Magic V measures just 14.3mm in thickness compared to the Fold’s 16mm. While still thicker than most, that’s quick a bit closer to the 7-10mm phones we’re used to seeing. Honor accomplished this in part by eliminating the hinge gap, as pictured above. The Magic V is slightly heavier than the Fold 3, at 288g for the standard model or 293g for the titanium variant. The Fold 3 weighs 271g.

Beyond its form factor, though, Honor is packing a pretty killer spec sheet for this phone. The Honor Magic V is the first foldable smartphone to adopt Qualcomm’s Snapdragon 8 Gen 1 chipset. The chip is paired with 12GB of RAM and 256GB or 512GB of storage, depending on the variant. A 4,750 mAh battery powers the show with fast charging up to 66W. Unlike Oppo’s recent Find N, the Magic V launches with Android 12 out of the box.

For cameras, the Honor Magic V has a trio of 50MP rear cameras serving as the main, ultrawide, and “spectrum enhanced” cameras. As The Verge points out, Honor hasn’t explained exactly what this third camera actually does. There is no telephoto lens, but digital zoom up to 10x. There’s a 42MP selfie camera, but only on the outer display. There is no camera at all on the inner panel.

Honor currently has no official plans (via GSMArena) for a global launch of the Magic V, but the foldable will be making its debut in China next week. Pricing will start at roughly $1,570 when directly converted.