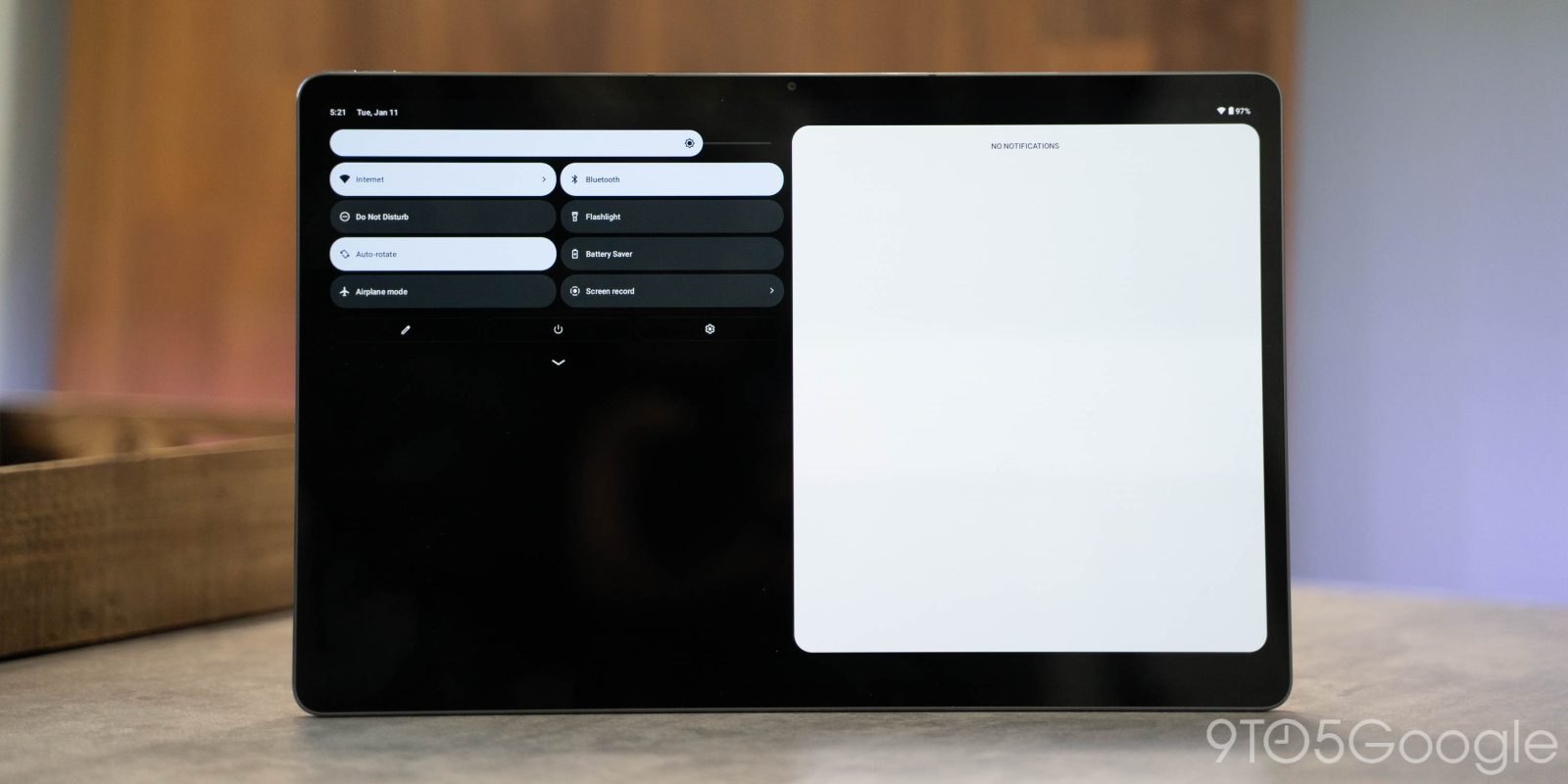 At the start of March, Android 12L rolled out to Pixel phones and AOSP, while updates for Samsung and Microsoft devices are planned for this year. Lenovo is also on that list and yesterday released Android 12L Beta 3 for the Lenovo P12 Pro.

The Lenovo P12 Pro Android 12L Developer Preview Program has lagged behind Google’s. DP1 came in December, while the Lenovo tablet jumped to Beta 2 in late January. Beta 3, with the 2022-02-01 security patch, comes over a week after 12L hit the Android Open Source Project.

That said, it was the only way to test Android 12L on a live tablet and offered a relatively stock experience. The developer preview hopefully means that the P12 Pro is getting the final release sooner than later.

It starts at $699 with Google last year offering a discount for Android developers.