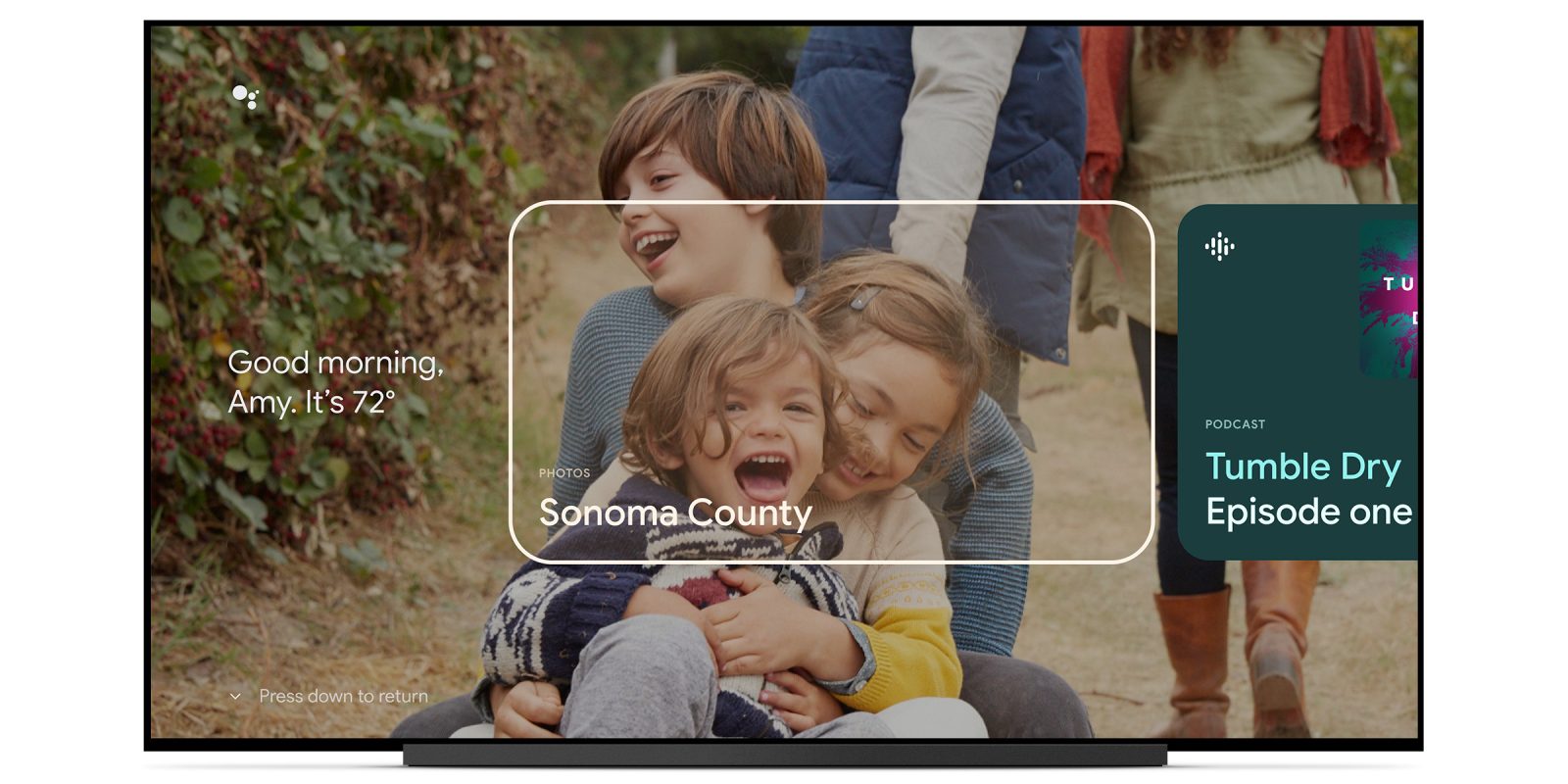 Google TV is picking up one of its most notable changes in months, as the platform appears to have started rolling out a revamped screensaver with “proactive personal results.”

First announced back in November of last year, “proactive personal results” are a new feature for Google TV’s screensaver, which traditionally only shows a slideshow of images either from various galleries or from a user’s own Google Photos library. Google originally told us that these new “cards” in Ambient Mode were supposed to start rolling out in December of last year, but they never actually appeared on a wide basis.

The revamped screensaver was originally said to include “glanceable” details including weather, news, sports scores, and other personalized information. Music apps such as Spotify and podcasts from Google Podcasts were also set to appear within this carousel.

As of last night, we’re finally observing this feature in action, and it appears to have been given a complete redesign from Google’s original look. Cards are now much smaller along the bottom of the display. In our case, they show a Spotify playlist, a YouTube video, a podcast from Google Podcasts, a generic Google Assistant question, and a card for the local weather. These recommendations changed slightly each time we accessed the Google TV “Ambient Mode” screensaver, but largely continued to be this same general layout of cards.

Our first sign that this feature was live was a notification saying that “proactive personal results are now on.” That notification leads to a new portion of Google Assistant’s settings page which allows the “proactive” results on the screensaver to be turned off entirely.

From what we can tell, this update is starting to roll out now, but may be in a very limited state as of this Monday morning. We’ve only seen the update on one device so far, the Mecool KD3 we reviewed recently. Our TCL 6-Series and Chromecast with Google TV units, which are all up to date, have yet to show the feature or its associated settings. It’s probably a safe bet that a Play Services server-side change will flip the switch.

Let us know in the comments if it’s showing up for you. Google originally said this feature was limited to the United States.

Google TV user profiles are still nowhere to be found.