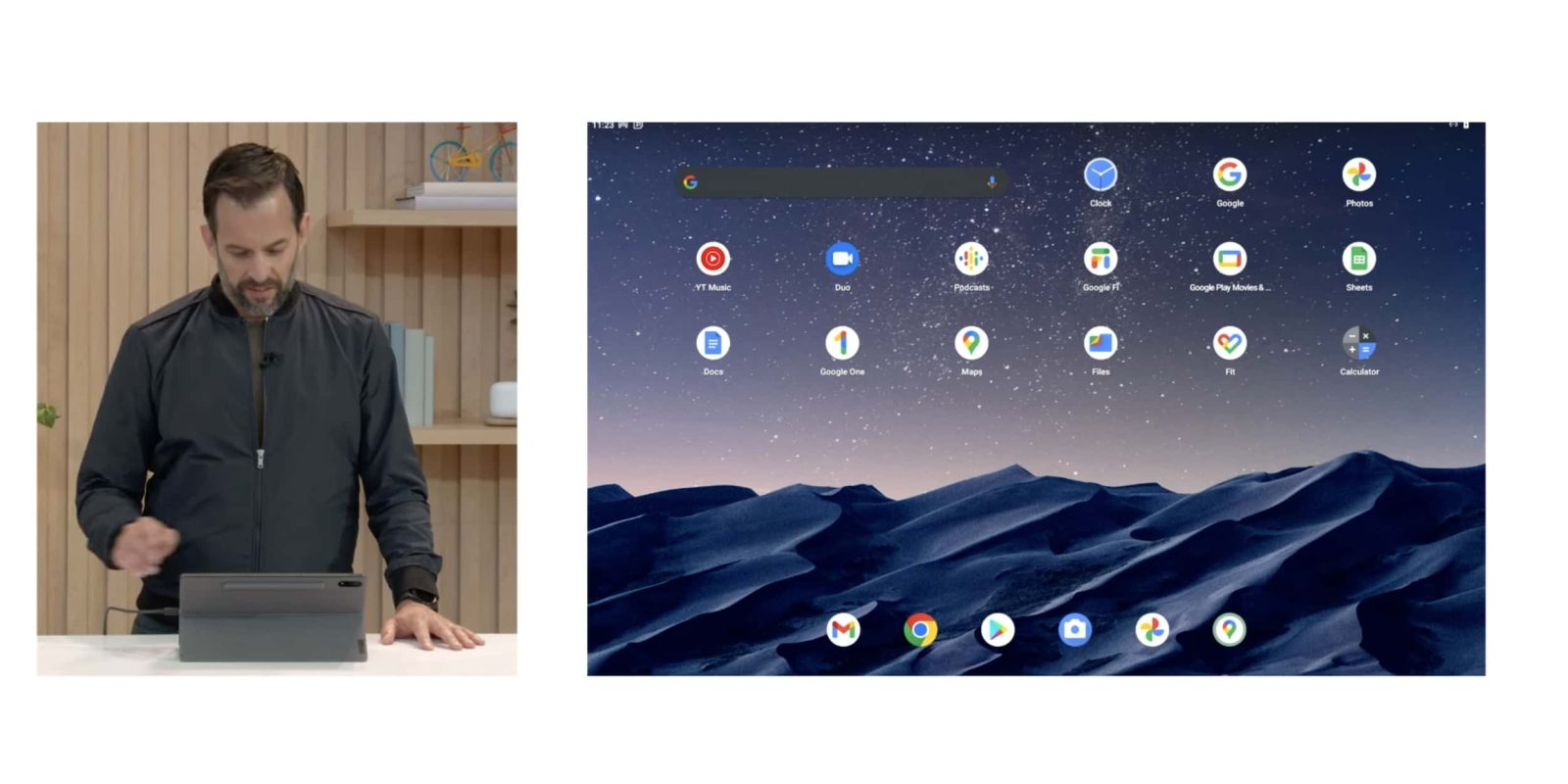 Like with 12L earlier this year, the Lenovo P12 Pro is now the first tablet to get Android 13 as part of a Developer Preview Program. That device, in its keyboard case, was used on stage by Google at I/O 2022 yesterday to demo large screen devices.

The company warns how the “Android 13 developer preview builds are early Android OS releases and are intended for application developers only – they are not recommended for general use.” Only the Wi-Fi version (Lenovo TB-Q706F) of the P12 Pro supports this Android 13 preview, while “SW limitation” include: