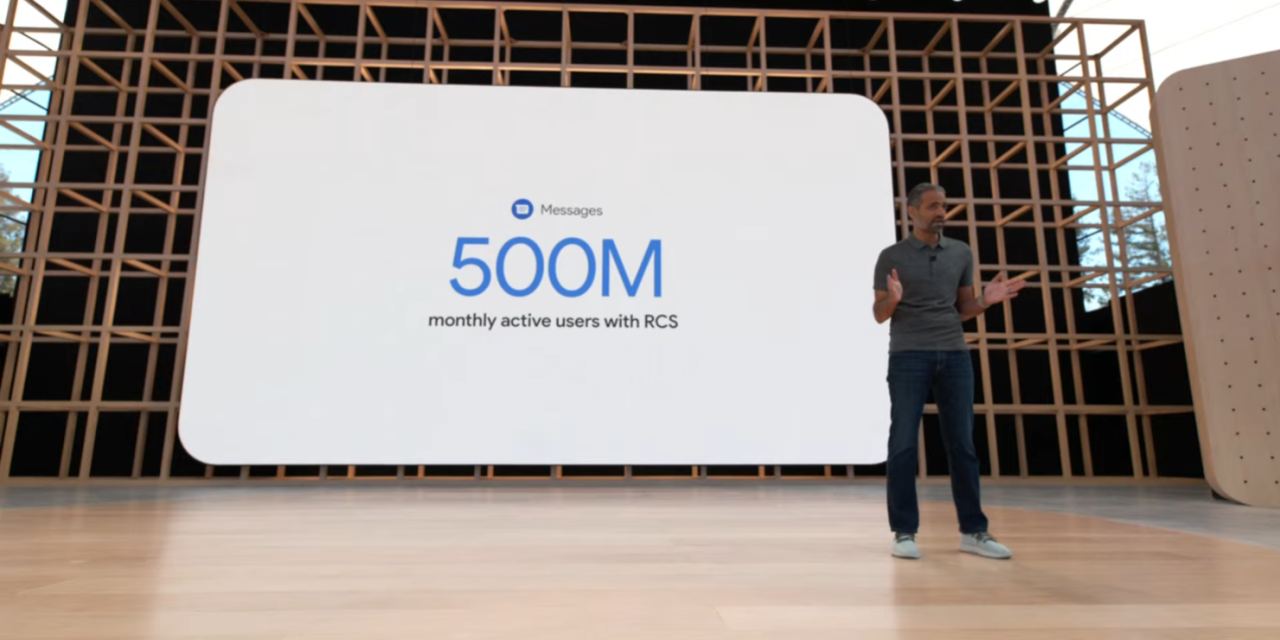 In recent months, Google has been publicly pressuring Apple to adopt RCS on the iPhone, and its latest volley involves an “unofficial lyric explainer video” for “Texts Go Green” from Drake’s new album.

Honestly, Nevermind was just released on Friday, and the third track is the aforementioned “Texts Go Green.” In the context of the song, the title is a reference to being blocked on iMessage and having your texts appear as green SMS bubbles.

In a rather fast turnaround — note: the video was even uploaded and tweeted on mobile using Twitter for Android – Google’s marketing team is using the song as an opportunity to highlight the more general green versus blue bubble phenomenon when Android and iOS users communicate via phone numbers.

The video from @Android on Twitter comes in at 38 seconds and is just a loop of the song’s beginning. It’s narrated by Google text-to-speech and just uses white text on a black background.

Google very explicitly said it wants the iPhone to support RCS (Rich Communication Services), noting how it’s a “problem only Apple can fix.”

The Android team thinks Drake’s new song “Texts Go Green” is a real banger. It refers to the phenomenon when an iPhone user gets blocked. Or tries to text someone who doesn’t have an iPhone. Either way it’s pretty rough. If only some super talented engineering team at Apple would fix this. Because this is a problem only Apple can fix. They just have to adopt RCS, actually. It would make texting more secure too. Just sayin’. Great track tho.

RCS allows for higher-resolution images and videos, typing indicators, read receipts, and sending over data (Wi-Fi or cellular). It can also support encryption, which Google alluded to today. This tweet — with choice emoji — is playing well on social media:

Before Drake today, Google’s most recent attempt to get Apple to adopt RCS on the iPhone was onstage at I/O 2022. Other recent examples include:

WWDC 2022 at the start of this month would have been Apple’s opportunity to add RCS to the iPhone with iOS 16. That did not occur, but Tapbacks will no longer spam SMS group chats.